Gonzaga ends the decade as the No. 1 team in the country

Young Kwak
The Zags are back ranked No. 1 one year after losing two NBA first-round draft picks.

Gonzaga is once again the No. 1 team in the country according to the AP Poll. This week marks the 13th time the Zags have held that position.

As the decade comes to a close it seems like a good time for some context as to just what that number of 13 really means. Since January 1, 2010, the AP Poll has been released 194 times and 19 different teams have spent at least one week ranked No. 1.

Kentucky spent the most time in the top spot, compiling 37 total weeks at No. 1. Duke follows just behind with 33 weeks. Then there’s a drop off with Kansas and Villanova coming in with 20 and 19 weeks, respectively. And then there’s Gonzaga, with the fifth most weeks spent as the No.1 team in the country this decade. After the Zags, Syracuse and Indiana come in sixth with 10 weeks a piece.

By this metric, at least, Gonzaga qualifies as a top-five program of the 2010s.

It’s an astonishing rise to the highest tier of college basketball. Gonzaga was good before this decade, of course, but nowhere near this good. The Zags didn’t earn their first No. 1 ranking until March 3, 2013. Prior to this decade the Zags were ranked in the AP Top 25 more often than not since bursting onto the national scene with their run to the 1999 Elite Eight. But they never made it to the top. They’ve spent the same amount of time, 13 weeks, ranked No. 1 this decade as they spent ranked in the top five the decade prior.

As we look forward to the start of a new decade, it’s hard to imagine how this program can outdo what it did over the past 10 years. But things should get off on the right foot for Gonzaga. The Zags won’t play again until next Monday, after the release of the next edition of the AP Poll. Top ranked teams almost never drop out of their spot unless they lose, and there’s literally no way for Gonzaga to lose until after the next poll is released. That poll, on December 30, will be the final Top 25 of the decade. Meaning, Gonzaga’s likely going to close out the 2010s and open the 2020s as the No. 1 team in the country.

Gonzaga is the sixth team to hold the top spot so far this season. Of the five that came before, none lasted for more than two weeks. The record for teams while ranked No. 1 this season is a meager 7-5. But Gonzaga is in a position to buck that trend.

The Zags’ next game is against Detroit Mercy. The Titans are 2-10 on the year and, according to master statistician Ken Pomeroy, the third-worst team on Gonzaga’s schedule this season. After that, it’s into West Coast Conference play. The WCC as a whole has gotten better year after year, but so have the Zags. The only teams that have been remotely successful against the Zags are BYU and Saint Mary’s. The Zags won’t face either of them until the sixth game of conference play when BYU comes to town.

Which is to say, the Zags, barring catastrophe, shouldn’t lose for a while. Considering how AP voters tend to treat the top team, that means the Zags should stay atop the poll for a while, too.

College basketball is a wild sport by nature. It’s what makes people go crazy for it every March. Even the best teams in the country can lose to vastly inferior teams. But there’s also a level of consistency if you pull back and look at multiple seasons rather than just individual, 40-minute basketball games. Ten years ago, when the first decade of the century rolled over into the second, the Kansas Jayhawks were ranked No. 1 in the AP Poll. Last week those same Kansas Jayhawks were again ranked No. 1 in the AP Poll. A loss to Villanova on Saturday opened the door for Gonzaga to jump over the Jayhawks. Had that not happened — a game between two of the four teams to spend more time at No. 1 over the past 10 years than Gonzaga — the Jayhawks would have been in position to open and close the decade as the No. 1 team in the country.

But it did happen, and now Gonzaga gets the chance to close the decade atop the polls. Considering what this program has become, it’s not too farfetched to imagine the same thing being said 10 years down the road.

EWU Eagles picked to finish fourth in the Big Sky by media, coaches 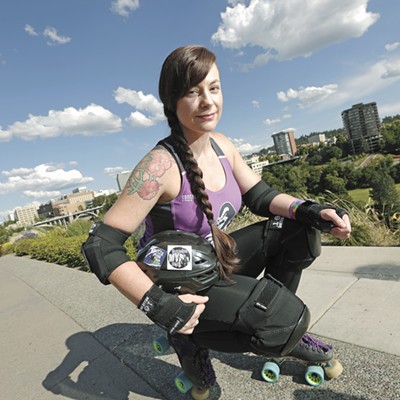 Congress continues to write federal cannabis legislation. But who will pass it?