As the budget ax falls, students learn to speak out. 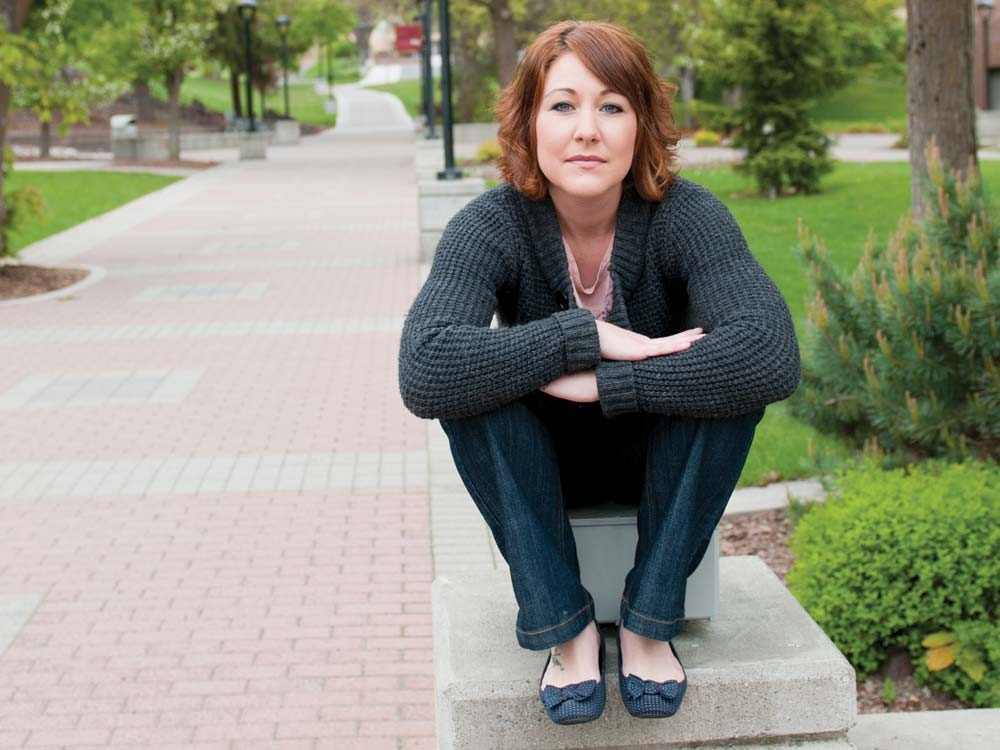 Students gather around the Intersection of Enlightenment, a collection of thatched totems woven together just behind Monroe Hall at Eastern Washington University.

Holding picket signs, the 20 students begin to shout: “Cuts have consequences!” One sign reads: “PUT PEOPLE FIRST.” And another says: “PEOPLE BEFORE PROFITS.” And another sign in bright, construction orange declares: “KILL CUTS, NOT KIDS.” The next day, they have a megaphone, and walk around campus spreading the word.

Althea Jamison, a senior majoring in social work, became the spokeswoman for the Put People First Action Group, the group responsible for the protest. Much of the week-long event, which occurred last month as the Legislature deliberated cutting funds to the state’s universities, filtered through her.

Much of what the students protested — deep, unprecedented cuts to education funding — came to fruition, but the protest’s organizers still feel what they did was not in vain.

“When the Seattle Times and the Olympian picked this story up, we succeeded,” says Jamison. “We don’t have to be on Olympia’s doorstep. … You can do your thing locally and still have an impact and still have that word reach our legislators.”

And with Eastern suffering the smallest tuition increase among the state’s universities, maybe the protests worked. Probably not — the increase will still be painful for many students at Eastern, which has a much poorer student population compared to other state universities.

When legislators struck a budget deal last week, they cut $618 million, or 22 percent, from the collective budget of the state’s universities and colleges. Students at all public institutions of higher learning, including community colleges, will see their tuitions dramatically rise.

Jamison first got the idea to organize the protest as part of her senior project.

“This started as an idea in class,” she says. “And it’s just taken on a life of its own.”

She says it was only natural to take it to the activist level and rally other students on campus.

“If it’s within the code of civil disobedience,” Jamison says, “and it’s peaceful and non-violent, I don’t think there’s a limit [to what should be done]. I think something has to change.”

Phil Bronson, a senior studying social work, was at Jamison’s side since the beginning.

“At the end of the day we have family and community, and it’s being destroyed,” Bronson says. “The word ‘can’t’ isn’t going to be in our vocabulary anymore.”

Word spread around campus and the protests grew. The organizers maintained a visible presence of at least 40 people everyday.

Bronson cranked the music and some professors in Isle Hall let their students out early to join in the demonstration. At one point, more than 100 students gathered, curious about the cause.

Eastern students aren’t alone. Universities across the state were hit by the cuts.

“There’s an assumption we’re going to be raising tuition considerably,” says James Tinney, spokesman for Washington State University. “Basically the budget really continues the pattern of the last two years, of shifting the burden from the state to the students. … There wasn’t any real surprise in it.”

For the next two years, WSU gets $180 million less in state appropriations, with a recommended 16 percent tuition increase. The university is also attempting to close their budget gap by opening the floodgates for hundreds more tuition-bearing students to attend.

The cuts at Eastern — where 80 percent of students receive Pell Grants — were lower, but still serious. They lost $24.8 million for the next two years and are looking at an 11 percent tuition increase.

During one day of the protest, Sandy Williams, EWU PRIDE Center coordinator, stoked the crowd.

“Sometimes all it takes is a small dedicated few to make big changes,” she says.

“The enforcement of state and local cannabis laws annually costs U.S. taxpayers an estimated $7.6 billion,” Byrnes says. “On to our state of Washington, where services for people in need are being cut dramatically by our governor and legislators who still find money to wage war against people who use cannabis.”

Now looking forward, Jamison and Bronson both plan to keep fighting. Jamison insists that the protests were a success. They taught students, who might not otherwise know, how to register to vote, write their legislators, read testimonials and stand in defiance to cuts that will affect all students.

For his part, Bronson hopes their fight will continue with a new batch of Easterners. Hopefully, he says, the protesters will “be able to hand them the torch and say, OK, come follow us.’” Jamison adds: “We knew [the budget cuts] were going to pass in some way,” she says. “But we were really happy about the fact that a lot of them went from being billion-dollar cuts to being in the million-dollar region. … Whether or not we had an impact on that I don’t know, but I’m really pleased.”