Health for the Homeless

With few other options for health care, homeless people can now turn to the newly expanded Providence House of Charity clinic 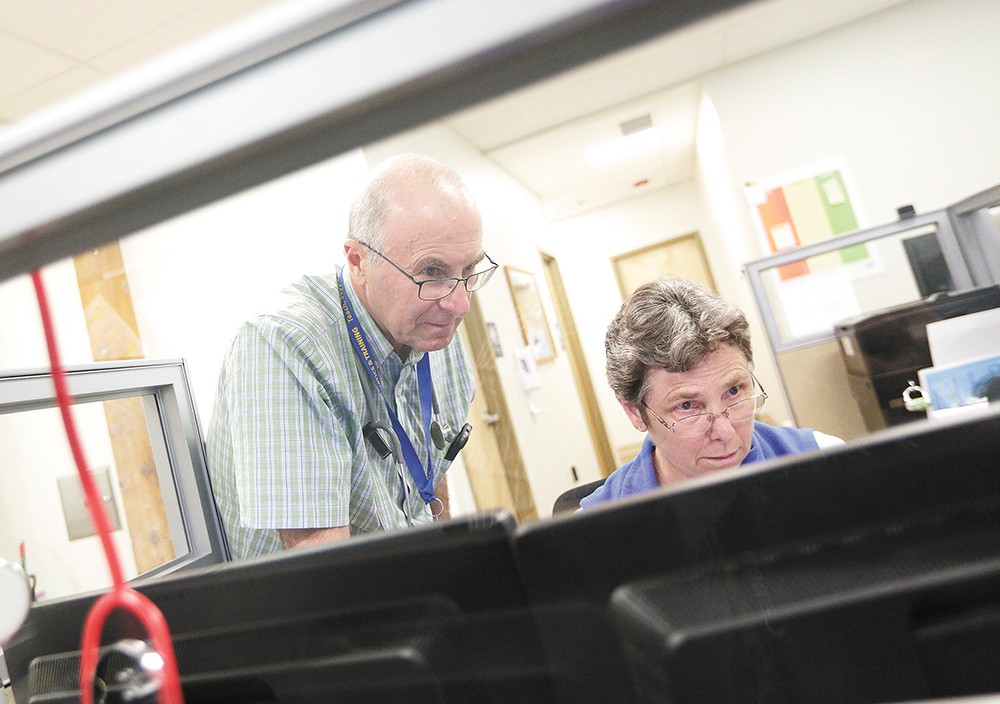 For years, homeless people staying at the House of Charity

shelter in downtown Spokane had few options for medical care. There was a medical clinic in the shelter, but it was only open a couple of days a week. And many couldn't find a way to see their doctor.

Often, that meant going to the emergency room at Sacred Heart Medical Center.

"I don't think anybody should be using the ER for primary care," says Rob McCann, director of Catholic Charities, which runs House of Charity.

Realizing that homeless individuals needed more medical services, Providence Health and Catholic Charities opened up a new clinic across the street from House of Charity in August. Funded in large part by the Providence Health Foundation, the new, expanded clinic is open five days a week, eight hours a day.

The clinic fills a critical need for the homeless, making it easier to find the medical care they need and preventing costly visits to the emergency room.

Those who are poor or homeless tend to have more health care issues, says Frank Otto, a volunteer physician medical director for the expanded clinic. Giving those people easier access to health care, he says, is part of being a "good brother and sister" to people in need.

has seen the number of visits to the ER double in the past decade.

With a national shortage of primary care doctors, and more people with insurance as a result of the Affordable Care Act, scheduling an appointment can mean weeks or months before actually seeing a doctor.

Additionally, people with less money tend to have more health issues, Getz says. The emergency room, open 24/7, becomes an easy way for them to seek out primary care, even though an emergency visit is far more expensive than a typical doctor's visit.

And by making it easier for people to see a doctor, he says it's more likely that illnesses can be prevented before they progress to the point where someone needs to go to the ER.

The Providence House of Charity clinic, located at 32 W. Second, provides that. McCann says that Catholic Charities had been trying to expand the clinic for years, recognizing that homeless people needed more medical services. Alleviating some crowding in the ER, he says, is just a possible byproduct of that expansion.

"It's good for the dignity of homeless clients," McCann says. "They don't want to go to the ER as much as we don't."

Getz says the Providence House of Charity clinic is bound to help crowding at the ER, but the greater benefit is for the patients.

"It definitely helps," Getz says. "But the benefit of having a clinic like that is that it provides primary care generally to a pretty underserved population, which has relied on emergency departments to get that primary care."

Otto, like all the other physicians and nurses at the Providence House of Charity clinic,

volunteers to provide care to the homeless population. Typically, from 8:30 am until 4:30 pm, there's at least one, and sometimes two, providers working at the clinic at a time.

The clinic can serve ailments of many kinds — from broken bones to bedbugs, and sometimes mental health issues. It never turns away a patient, and can help people sign up for insurance if they don't have it. There are several rooms with medical equipment you'd find at any doctor's office. The clinic can test for blood sugar, the flu, urinalysis and pregnancy. Patients, Otto says, won't have to pay for lab work or X-rays.

The clinic doesn't do do primary care exactly, Otto says. Rather, it's more "urgent or express care," while ensuring that if need be, a patient can connect with a primary care provider. But the difference in formerly being open two days a week, and only half-days at that, compared to 40 hours a week now, is huge, Otto says.

Since the expansion, "I think we've probably multiplied the patients by a factor of five or 10," Otto says.

Eventually, the clinic wants to provide more depth of service, he says, like bringing in a social worker to help patients with mental health issues.

"There's no better place on the planet for a student learning to be a doctor," McCann says.

For Otto, raising the health of the homeless population helps the entire community.