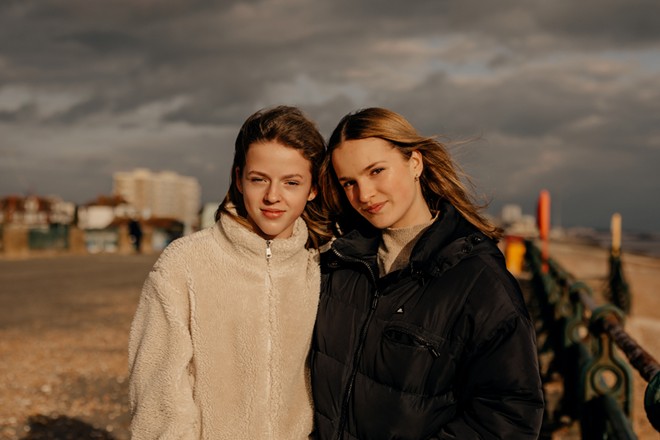 Peter Flude/The New York Times
Sisters Elodie and Mireille, who started a literary-themed TikTok account together, in Hove, England, March 15 2021. “BookTok” videos are starting to influence publishers and best-seller lists, and the verklempt readers behind them are just as surprised as everyone else.

By Elizabeth A. Harris
The New York Times

“We Were Liars” came out in 2014, so when the book’s author, E. Lockhart, saw that it was back on the bestseller list last summer, she was delighted. And confused.

“I had no idea what the hell was happening,” she said.

Lockhart’s children filled her in: It was because of TikTok.

An app known for serving up short videos on everything from dance moves to fashion tips, cooking tutorials and funny skits, TikTok is not an obvious destination for book buzz. But videos made mostly by women in their teens and 20s have come to dominate a growing niche under the hashtag #BookTok, where users recommend books, record time lapses of themselves reading, or sob openly into the camera after an emotionally crushing ending.

These videos are starting to sell a lot of books, and many of the creators are just as surprised as everyone else.

“I want people to feel what I feel,” said Mireille Lee, 15, who started @alifeofliterature in February with her sister, Elodie, 13, and now has nearly 200,000 followers. “At school, people don’t really acknowledge books, which is really annoying.”

Many Barnes & Noble locations around the United States have set up BookTok tables displaying titles like “They Both Die at the End,” “The Cruel Prince,” “A Little Life” and others that have gone viral. There is no corresponding Instagram or Twitter table, however, because no other social-media platform seems to move copies the way TikTok does.

“These creators are unafraid to be open and emotional about the books that make them cry and sob or scream or become so angry they throw it across the room, and it becomes this very emotional 45-second video that people immediately connect with,” said Shannon DeVito, director of books at Barnes & Noble. “We haven’t seen these types of crazy sales — I mean tens of thousands of copies a month — with other social media formats.”

John Adamo, the head of marketing for Random House Children’s Books, said it now works with about 100 TikTok users. Once a title takes off on TikTok, he said, the machine of publishing can start to get behind it: Big retailers can discount it, a publisher might start running ads, and if a book becomes a bestseller, that also leads to more sales. But without TikTok, he said, “we wouldn’t be talking about this at all.”