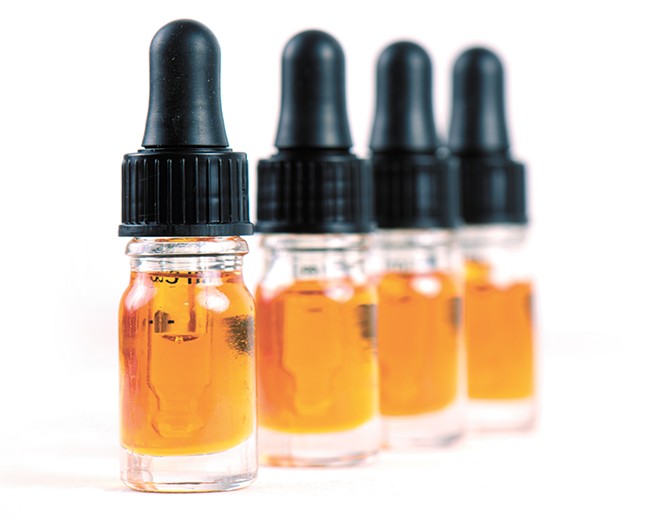 In the world of running, nausea and pain are part of the daily grind whether you're completing your circuit as the sun is coming up or powering through it well after it went down.

And in a community that looks at not only dietary and supplemental intake, but how aerodynamic their attire is or how heavy their shoes are, you can bet that many a competitive runner is also looking to see how cannabis may help them.

The initial thought may be "no way," considering that the conventional approach of smoking increases pulmonary risks, but with tinctures and edibles and vaporizers, that initial concern is out the window.

A THC high is widely considered similar to that of the "runner's high" that long-distance runners feel well into their sets. The high offers a feeling of mild bliss and sedation while providing a loss of awareness in terms of time or common concerns. This threshold is brought on during continuous physical activity where the prefrontal cortex begins to deregulate.

"Studies show there's a performance enhancement when this happens," doctor and professor Arne Dietrich told Runner's World. "The system in the brain that runs you or plays tennis or does anything else in this flow state is simple, but efficient. The system in the prefrontal cortex is complex, but that complexity also means that it's slow. When that system is downregulated, it enhances the other system, which is built for speed and efficiency."

CBD has been proven to help with aches and pains that are joint-related, a constant concern for runners and their degrading knees, and helping digestion, which can also be a problem for competitors that are expected to burn thousands of calories a day to remain in top shape. But it may also help clear up self-imposed head games for some participants, though, depending on the rules of a race, it might get you in trouble.

"The one thing that I can say for sure is that when I don't have THC in my brain, I can get very anxious and very worried," competitive and former collegiate runner Chris Barnicle told Flo Track. "I've been in really big races before and I would just panic. And that would lead to me doing something really stupid."

Most runners who use CBD or THC-active products recommend starting slow for those looking into implementing the supplement in their routines, because the difference in highs between motivated and distracted can be small. Prospective users are encouraged to lean towards high-CBD options. ♦

The original print version of this article was headlined "Runner's High"