An argument for corn: I know corn is already in everything, but I still think it's underrated 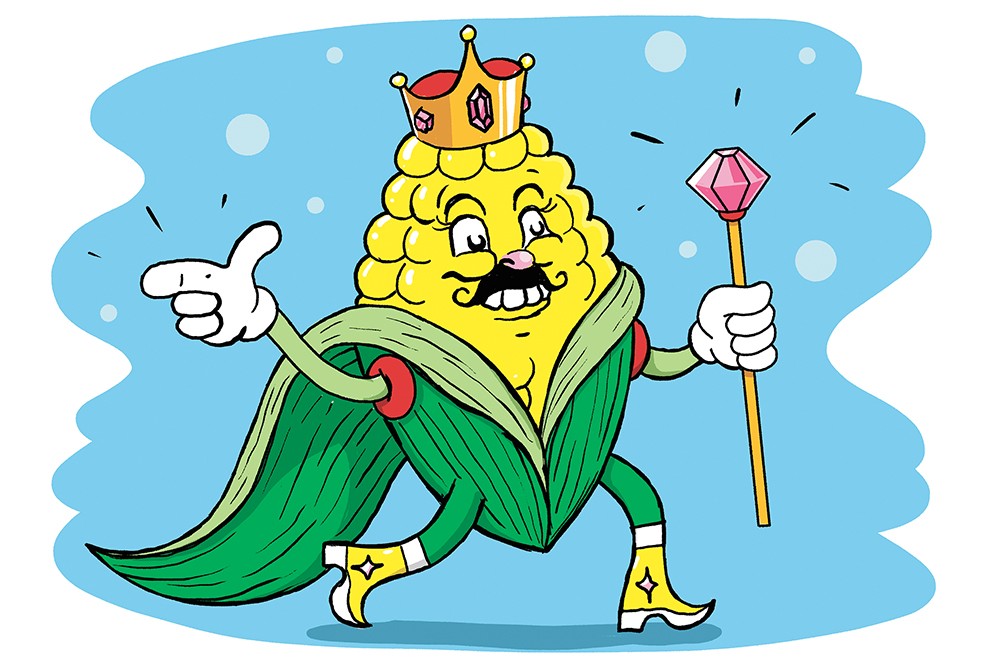 Once, when I was a kid, I asked my mom, "What all is corn in?" She looked at me, thought for a moment and then said, "You know, there are just some things in this universe we'll never know."

What little Chelsea would someday find out is that corn is in pretty much everything. Corn is in cereal, toothpaste, yogurt, candy, milk, soda, shampoo, pet food, baby food, adhesives, peanut butter, ice cream, baking powder, canned soup, salad dressing, chocolate, frozen meals, cooking oil, pickles and gum, just to name a few things off the top of my head. (I studied corn in undergrad.) And corn has accomplished all this while having basically no nutritional value, which is pretty cool if you ask me.

Paradoxically, because corn is in so many things, we don't think about it a lot. And when it does come up in conversation, we brush it off with a comment like, "Eh, it's corn, what can you say about corn?"

Sometimes when something is popular it is assumed that it is simplistic, lacks nuance, or doesn't deserve a closer examination. Or you assume that the popularity is unjustified because most people have terrible taste and are happy to just go with what is popular, making the stupid popular things ever more popular and stupid-seeming. And you're not wrong about that. Most of humanity is terribly stupid. But corn should be in more stuff.

There should be more structures made entirely of corn, for example, to utilize and showcase the natural beauty of corn. Corn Palace in Mitchell, South Dakota, boasts itself as "the world's only corn palace." Why? Why should there only be one corn palace? We should have many corn palaces, as well as corn temples and corn colleges and corn libraries. In a society that uses corn in almost every conceivable thing, it sure has a way of frequently portraying corn as a villain simply because growing corn requires a ton of water and the pesticides used to grow it are possibly contributing to growing cancer rates. It's not corn's fault we love it so much we want to consume it at unnatural rates!

Let me be clear here. Corn doesn't need me to come to its aid. Corn is doing fine for itself. If anything, I'm doing more harm than good to corn by directly addressing its unassuming nature in this public forum. Corn flies under the radar, which is precisely how it gained so much traction in this endlessly hostile and impossibly fickle world in the first place. It is a humble yet dominating grain like there has never been before.

Corn is notoriously anti-controversy. You never hear people arguing about corn chips vs. potato chips, for example. That's because they're widely accepted as two different, incomparable, incredibly delicious, crunchy, tempting, affordable snacks. Corn chips could easily defeat potato chips in this hypothetical feud, but corn refuses to lay the smack down, probably in no small part because there's also plenty of corn in potato chips. In fact, I'd like to see a 100 percent corn potato chip. I honestly think a 100 percent corn potato chip will be possible someday. Corn has shown us time and again that it can do anything. And there is no indication that corn is slowing down. ♦