Washington lawmakers try to save charter schools; plus, a pastor is shot in Coeur D'Alene 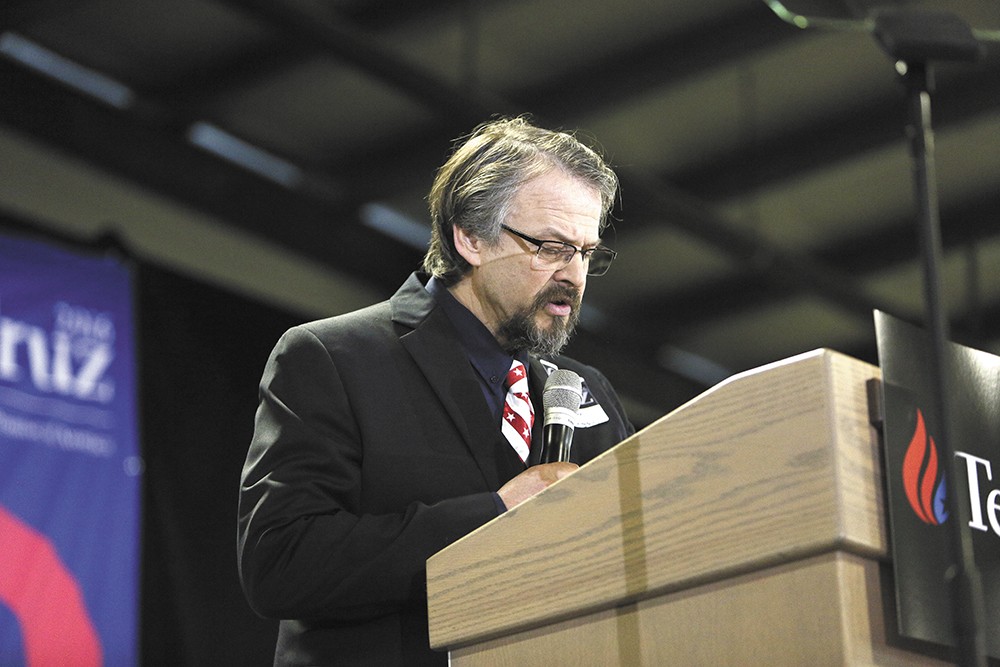 Young Kwak
Pastor Tim Remington was shot a day after giving the invocation at a Ted Cruz rally.

A textless "title-only" bill may be the last hope to keep Washington charter schools alive.

As a placeholder for a charter school fix, Washington SENATE REPUBLICANS moved SB 6670 through the Senate Ways & Means Committee last week. The bill is titled "An act relating to public schools that are not common schools," but contains no text — a strategy common as legislative sessions near the end, but sometimes criticized because the public is shut out of discussions on the bill.

The nine charter schools in Washington — including two in Spokane — are funded by local, state and federal dollars based on student enrollment. The schools were declared unconstitutional by the state Supreme Court last year because the schools are overseen by boards that are appointed, not elected.

The schools have been able to stay open for the 2015-16 school year, but will not be able to continue past this year without state funding. The Washington State Charter School Association has called for legislators to pass a bill mirroring the voter-approved charter school law that the court deemed unconstitutional.

"The future of our 1,100 students and countless more families around the state rests in legislators' hands," association CEO Tom Franta said last month.

The state Senate already passed a bill in the current session seeking a fix to the state's charter schools by funding them through the state's Opportunity Pathways Account, but that bill died in the House Education Committee.

The title-only bill will allow lawmakers to set up a source of money or address issues pointed out by the court's ruling on charter schools. The Senate Rules Committee will decide if the bill will be read on the Senate floor. (WILSON CRISCIONE)

A former Marine, who was suspected of SHOOTING a Coeur d'Alene pastor, was still at large as of press time.

Police believe Kyle Andrew Odom shot Pastor Tim Remington in the parking lot of the Altar Church the day after Remington led a prayer and gave an invocation at a Ted Cruz rally at the Kootenai County Fairgrounds. Remington was shot six times, in the skull, lung, shoulder and hip, according to church officials, but was expected to make a full recovery.

Coeur d'Alene Police Chief Lee White said the attack appeared to be "pre-planned," but could not comment on a possible motive. Police tracked Odom moving west toward Spokane, and believe he may have headed south toward Oregon, but his whereabouts as of Monday were "completely unknown." Police were working with federal law enforcement officials to find him.

As authorities continued to search for the 30-year-old veteran, the incident made national headlines, adding to the conversation surrounding mental illness and gun violence, especially involving veterans.

In a text message to local media, Odom's family wrote: "Our family is devastated by Sunday's events. We are praying for Pastor Tim, his family and his continued recovery. We are also praying for Kyle's safe return and to get the help he needs. We love you Kyle!"

Authorities had issued a warrant for Odom for attempted first-degree murder. He was last seen in a silver 2004 Honda Accord with Idaho plates.

UPDATE: After a two-day manhunt for Kyle Odom, Secret Service agents arrested him in front of the White House Tuesday, where he was throwing flash drives and other objects over the black iron fence.

Odom reported boarded a plane Monday from Boise to D.C. Information sent to local TV news stations offer a window into Odom’s unraveling mind. Within a 21-page manifesto, Odom claims his alleged victim, Pastor Tim Remington, is a Martian and a member of “an ancient civilization from Mars.” (MITCH RYALS)