Inside the blockbuster NYT report on Trump's taxes — or lack thereof 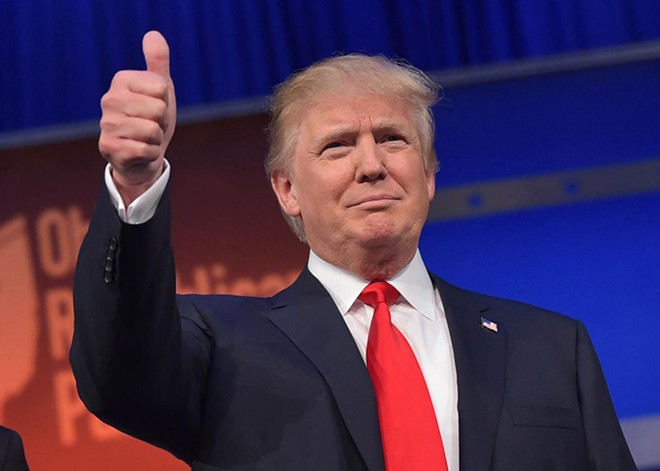 The Times investigation is extraordinarily complex. The newspaper’s editors said the material obtained by its reporters consisted of thousands of pages and required months of extensive investigation, analysis, and legal review.

Early in the week, the biggest headlines were reserved for two significant findings.

First, the president paid almost no personal income tax for 11 of the covered years. And in the 2016 and 2017 tax years, the first during which he was president, Trump paid only $750 in federal tax, far, far less than the average American.

Second, Trump’s business holdings, including his golf courses and resorts, are huge money losers. He has outstanding loans totaling hundreds of millions due to be repaid in the next four years and for which he is personally liable. The tax data indicate he will have trouble paying off those loans.

And there is more, so much more.

Of course, the president’s first response was predictable. Whenever news organizations report something remotely negative, the president can be relied on to tweet “fake news.” On Sunday, he also claimed the Times’ findings were factually false, a step beyond merely fake.

On Monday, he said the investigation relied on illegally obtained material. His most vocal supporters accused the Times of unethical journalism while the White House demanded the paper provide the president’s team the source documents before they would respond in detail.

Attacking the Times is a tried and true strategy and plays well with the Trump base. But the challenges warrant some discussion. The issues are not merely the arcane musings of journalists.

Did the Times obtain the tax data illegally? Of course, the paper’s editors will not reveal their sources. The data could have come from the president’s own accountants or attorneys. It is possible the data came from members of Congress, who have been seeking the information since Trump’s 2016 election, or even from individuals within the Internal Revenue Service which has been involved in a rancorous audit of Trump for years. More likely, the data came to the paper through the offices of prosecutors, possibly in New York state, who are themselves investigating the president.

It is possible, depending on the source, that there was a violation of law in the sharing of such tax information. But that violation would be on the source, not the newspaper. The courts have ruled time and again that if the news organization is given the information freely, does not violate the law itself, then publication of the information is legal, particularly when it is of vital public importance.

So, the Trump tax information was legally obtained by the newspaper.

The White House wants to review the source material, but The Times is refusing to turn it over. Is that ethical?

The Times argues a White House review would effectively result in disclosure of its sources. Clearly, the paper had to promise anonymity in order to obtain the data and the promise of anonymity in such cases is, essentially, a sacred ethical obligation. You can be sure reporters and editors would go to jail willingly rather than reveal their sources, even to a judge.

Refusal to turn the material over to the White House does give the president a convenient escape ramp. Stories based on anonymous sources are always less credible than those based on named sources. Absent a review of the actual documentation, the president can hide behind charges of fake news and false information, arguments that will play to a base that does not trust the press.

Tax information is private and protected by law and so even if the Times properly obtained the tax data, its publication constitutes an invasion of the president’s privacy, his supporters have argued.

But the president of the United States has no privacy, certainly in comparison to the average American. The public has a legitimate interest in all his actions, personal and public, and reporting on those actions is protected. Furthermore, Trump is the first modern-era president to refuse to release basic financial information. If such information was viewed as important to the public before Trump, it is clearly of public significance now.

Finally, a quick look at social media shows that some of the president’s most vocal supporters insist the Times has libeled him, essentially labeling him a tax dodger. A careful reading of the Times investigation shows reporters never used such language, never leveled accusation of legal wrongdoing. They let the data speak for itself.

There are complexities to U.S. libel laws and a difference in their application when it comes to public figures. But there is one unalterable factor in the consideration of any accusation of libel. Truth is an absolute defense.

If the published information is true, there is no libel. To show otherwise, even if he could overcome the public-figure hurdles, the president would have to prove the published information is false. Repeat: He would have to prove the information is false. That would mean a protracted court fight during which he could be deposed under oath and, among other actions, be ordered to provide records to refute those obtained by the paper. That is not going to happen. As in so many cases involving the president, he will huff and puff and threaten to blow the house down. But he will not take legal action in response to legitimate journalism.

The Times investigation is a masterwork of sourced investigative reporting that took months to complete. The newspaper has answered questions that have been asked from the day Trump descended the Trump Tower escalator to announce his candidacy.

Will it have an impact on the coming election? Probably not. His base is unmovable and his opposition unshakable. And if we know anything of these times it is the rapidity with which headline-grabbing event after headline-grabbing event fades quickly as the next controversy erupts; COVID deaths give way veterans insults that give way to Ruth Bader Ginsberg which gives way to Trump tax returns. And that is just in the last month.

Still, journalists view the Times report with awe. Its reporters were able to do what lawyers, accountants, prosecutors, the courts and even Congress with its subpoenas were unable to accomplish. The window into Trump’s financial dealings has been opened. And the president will not be able to close it again. ♦