Inslee's Orca Task Force wants to plan now for the potential breaching of four Snake River dams, but there's pushback from some groups

Saving Puget Sound's southern resident orca pods and the salmon they depend on for food is not a contentious idea. People across the political spectrum agree they want to see those endangered species survive and thrive.

But hackles raise when it comes to looking at proposals like whether taking out the four Lower Snake River dams might help, or even asking how Washington state would be impacted if that were to happen.

So while a $750,000 budget item typically wouldn't get much attention in the broader scope of Washington state's more than $54 billion operating budget, a proposed series of community meetings to talk about dam removal has generated significant debate, says Sean O'Leary, a spokesman for the Northwest Energy Coalition. The coalition has studied how renewables could replace power generated by the dams.

"The mere notion of talking about dam removal has really upset a lot of people in the Tri-Cities and in Eastern Washington," O'Leary says.

The statewide "stakeholder process" to consider the positives and negatives if the dams were removed to help salmon runs was recommended by Gov. Jay Inslee's Orca Task Force. Currently the Senate operating budget includes $750,000 for that work, but the House operating budget does not.

"So in the next few weeks there's going to have to be a negotiation to determine whether or not this element of the Orca Task Force goes forward," O'Leary says. "This is one of those rare occasions in which people on both sides of the dam removal issue are very focused and passionate."

Study of the four Snake River dams that were finished between 1962 and 1975 — Ice Harbor, Lower Monumental, Little Goose and Lower Granite — has gone on for decades, as conservationists, fishermen and others have pushed the U.S. Army Corps of Engineers for solutions to save fish runs along the federal waterway.

It's resulted in significant investments to help fish better traverse the dams, including by increasing the amount of water allowed to flow freely instead of through turbines. But courts have also ruled the government hasn't gone far enough in considering how to help the fish.

In May 2016, U.S. District Court Judge Michael Simon rejected a 2014 plan put together by federal agencies to protect salmon and steelhead trout. As part of that decision, Simon ordered a full environmental review, including whether breaching or removing the dams might help restore fish.

That environmental impact study (EIS) is being put together now. The White House put it on an accelerated timeline, meaning the draft should be done by February 2020.

For some, spending state money to look at the impacts of breaching the dams would be repeating part of the federal study, which will analyze economic impacts. Dam decisions also fall to federal entities.

"For the state of Washington to divert taxpayer dollars for a stakeholder study of something that they ultimately wouldn't have any direct enforcement on seems like a highly duplicative effort," says Rob Rich, vice president of marine services for Shaver Transportation Company, which barges grain along the Snake River. "Because the state would not be in any position to exert any action over the operation, it seems like it could be more politically motivated rather than motivated by any demonstrated void or need."

That said, Rich says he does see value in the state better understanding the importance of the Snake River dams, which enable 10 percent of the country's grain exports to be barged to port. A little less than half of Shaver's barges originate in the Snake River, Rich says, and their 100-employee company is just one of several that ship products along the river system.

Getting into that kind of detail, and digging even deeper, is the exact reason dam removal proponents want to see the state stakeholder process take place.

Where the federal study will get a bird's eye view, a state process would allow people to get into specifics, says Sam Mace, Inland Northwest Director for Save Our Wild Salmon, which has been pushing for dam removal for more than 20 years.

"The EIS process that's going on is not going to get to those nuts and bolts of what a transition plan would look like, or the real costs for Lewiston, Clarkston, Washtucna and Colfax," Mace says.

The state study could do that, and if it turned out that dam removal would be economically dire, that would come out in the process as well, she says.

"I wonder, ultimately, what they're so afraid of," Mace says of those who oppose the meetings. "If the dams are the linchpin of Eastern Washington's economy, like they like to propose, those kind of analyses will come out in this planning process. ... If there are other ways to meet the needs those dams provide and have communities be better off, that will also come out in that process." 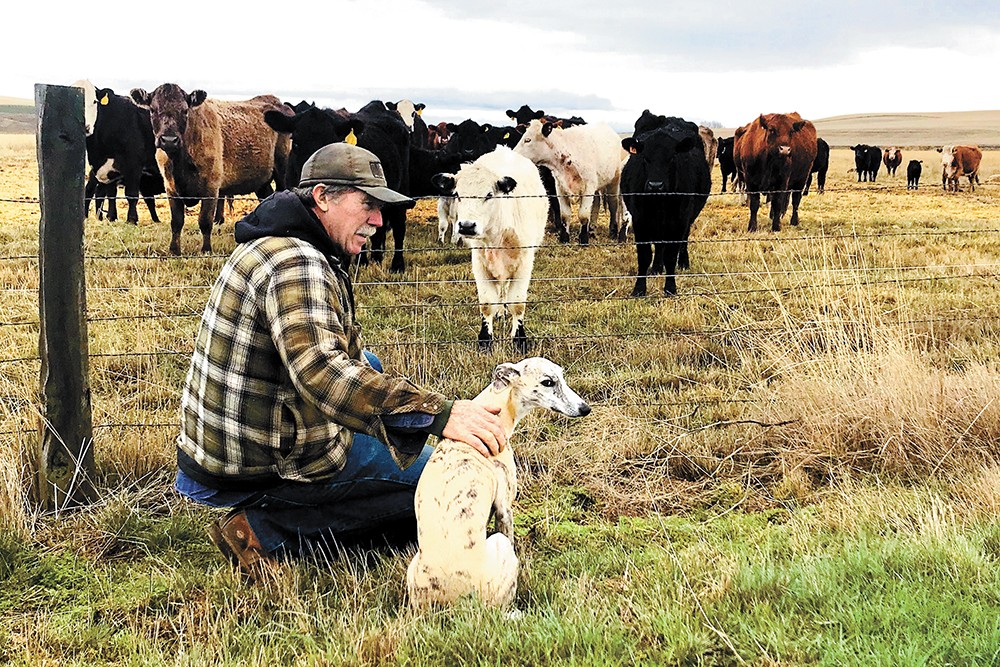 Wheat farmer Bryan Jones' farm is a mile outside of Dusty, Washington, and about 19 miles from Central Ferry, where his grain has been loaded on barges and shipped downriver.

To him, the state process is necessary. It will likely be left to the state to figure out how much it would cost farmers to change their shipping methods, or where infrastructure upgrades and grain storage are needed, he says.

"I think really to examine this issue with the little bit of money that's actually being requested is nothing but wise," Jones says. "I'm for a conversation that allows us to perhaps look at some solutions to a 40-year, 50-year problem that actually may result in a savings of dollars, and a more efficient method to save salmon, and help farmers get their grains to market."

Jones says he now pays 47 cents per bushel in shipping costs to the grain elevator where he sells his wheat, but they decide whether it ships by barge or rail. He can't control that shipping cost, or the price of wheat, so any solution ultimately has to include farmers' voices, he says, because they can't just eat higher costs.

Others who ship commodities along the Columbia Snake River System from Lewiston/Clarkston to Portland say the state stakeholder process is, at the least, premature.

"I think we all agree that we need to do something for the salmon and something for the orcas," says Kurt Miller, executive director of Northwest RiverPartners, a coalition of public utility districts, farmers and other businesses.

But the federal study should be completed before the state spends money to look at its options, Miller says.

"That needs to be completed before we would ever think it would be appropriate to start preparing communities for life after dams," Miller says.

Indeed, even undertaking the state's stakeholder work presupposes that dam removal would be recommended by federal agencies to help salmon, when, so far, it hasn't, says Kristin Meira, executive director of the Pacific Northwest Waterways Association.

"These questions are already being asked, and being asked in a way that follows the correct federal process," Meira says, "not a hastily called stakeholder panel from those who think they already know what the answer should be."

Plus, if the dams were removed, that process would take years to unfold, Meira says.

"It would not be an overnight process," Meira says. "So the idea that Washington has to hold a stakeholder panel in 2019 otherwise folks would be caught unprepared is also just not true."

But Mace can't help but think of her Oregon hometown. They didn't plan for timber companies to ever leave. When they did, there was no contingency plan, she says.

"I come from a resource community, a little timber community that saw the writing on the wall and did not start looking at the what-if scenarios," Mace says. "It's in our best interest to be prepared for the negatives and positives of whether the dams stay or whether the dams go."

State budget negotiations are ongoing, with the normal end of session scheduled for April 28. ♦

The original print version of this article was headlined "What if They Breach?"