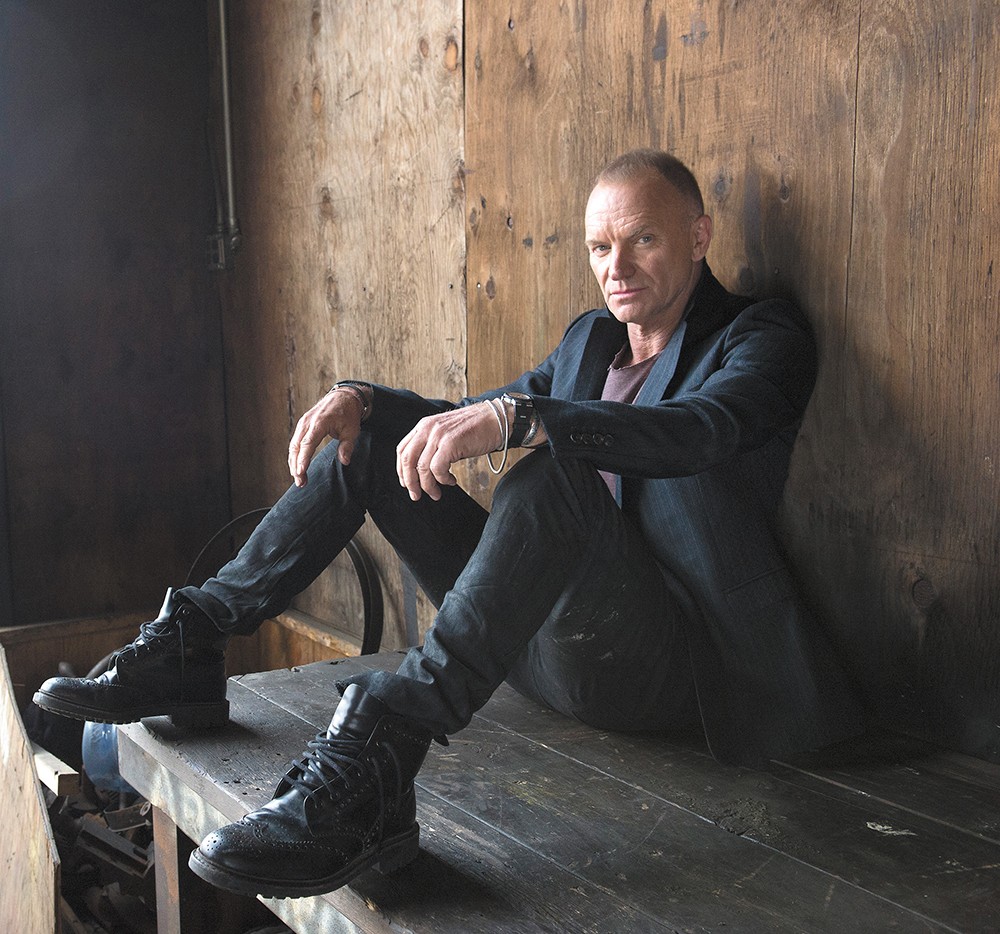 Frank Ockenfels
Sting and jazz? It's not as weird a pairing as you might think.

If you were to rank the platinum-selling musicians who are as synonymous with rock and pop as they are jazz,

it probably wouldn't be a terribly long list, and Sting might not be a name that would immediately leap to mind. But the British rock star and erstwhile frontman of the Police actually has his roots in the jazz world, and the Spokane Jazz Orchestra is set to perform a brassy slate of Sting songs this weekend.

"If you read anything about his development as an artist, he would cite jazz as a major influence for that," says Don Goodwin, the orchestra's director. "That was the first thing he learned how to do. He'd go to jam sessions with his bass and play with local jazz musicians all the time."

Those stylistic influences are pushed front and center on Sting's 1986 live album (and in its accompanying 1985 concert film) Bring on the Night, released in the wake of the Police's dissolution and featuring appearances from such jazz luminaries as saxophonist Branford Marsalis and pianist Kenny Kirkland.

"I was as a big a Police fan as you could probably find," Goodwin says. "When Bring on the Night came out, it just blew my mind. It really is the album that turned me into a jazz musician. That really sealed it for me in terms of what I wanted to do."

Now Goodwin and his orchestra have taken gems from Sting's discography, both big hits and deep cuts, and given them full-blown jazz arrangements. The Police were never a traditional rock band, Goodwin points out; like Sting, drummer Stewart Copeland and guitarist Andy Summers were often playing around with reggae, swing, Latin and jazz rhythms.

But the orchestra isn't going to stick strictly to Sting: They'll also be exploring the work of the artists who influenced him, from Cole Porter to the Beatles to Jimi Hendrix. Some songs on the evening's program will be more or less identical to their recorded counterparts (albeit with all-brass arrangements); others will be looser interpretations, including Goodwin's own take on "Walking in Your Footsteps," from the smash hit Police album Synchronicity.

"I really tried to stretch on that and go in different directions," Goodwin says. "Some of the arrangements will be crystal clear, just like how you remember them, and others will be new, fresh approaches to old songs."

Officially established in 1975, the Spokane Jazz Orchestra is the country's oldest professional community big band, and this will be their second concert of the calendar year and the fourth of their ongoing season. Local singer-songwriter Keleren Millham will be a featured vocalist, and high school students from the Spokane All-City Jazz Ensemble will perform before the concert and will join the orchestra for select songs throughout the night.

In exploring these songs from an unexpected angle, Goodwin says he's found a new appreciation for them, including those from later-period Sting records that he had previously overlooked.

"It really turned me around on his newer albums," Goodwin says. "They're obviously produced in a more modern way, and in some cases overproduced, but there's still that amazing songwriting." ♦

A Gentleman’s Guide to Love and Murder @ Spokane Civic Theatre