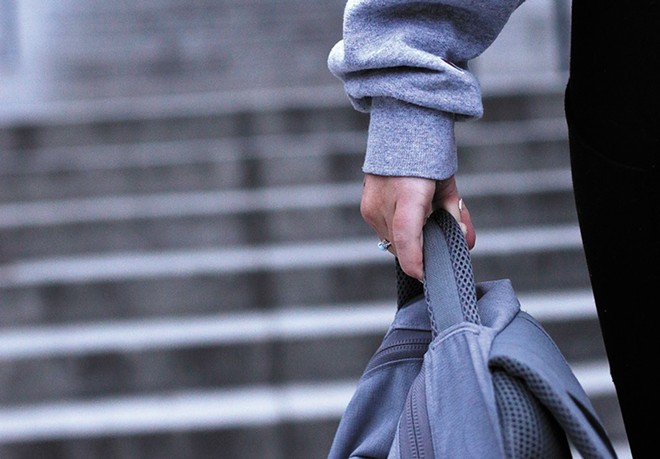 A Spokane judge today threw out the confession of the former Lewis and Clark High School student who allegedly sent a series of threats to a girl in his class and threatened to shoot up the school.

Ryan Lee, 18 at the time, was taken in for questioning on May 30, 2018, and confessed to creating an Instagram account from which he sent threatening messages to a girl he shared a math class with. But Spokane County Superior Court Judge John Cooney ruled today that the confession was taken following an unlawful arrest, and therefore is not admissible in court.

In April, the Inlander published a cover story detailing how the girl initially targeted in the threats, Emily, was repeatedly harassed on social media over the course of the year starting in spring 2018. Lee has been charged with felony harassment and communication with a minor for immoral purposes in connection with the threats. Emily's mom, Callie, tells the Inlander that they are "extremely disappointed and disheartened" by today's ruling. They've asked to be identified only by their first names.

Anonymous threats on social media can paralyze an entire school. But for one Spokane teenager, the nightmare wouldn't stop

"This has been a long and trying process for my daughter, our family and this community," Callie says. "We have tried to trust in the system to bring justice and closure, and unfortunately, this just feels like another step in the wrong direction."

On May 28, 2018, Emily saw she had a series of graphic messages on Instagram from an account called steven_smith__4, including one that said "I'll shoot up the school with u to go first." Other students then saw threats from the same account on public photos, prompting many parents to hold their students from school the next day.

Police were able to track the IP address for one of the messages to Lee's home. Two days later, police pulled over a car with Lee, his mother and his sister. Lee's attorneys say the officer, Sgt. Kevin Keller, told him that Lee was not free to leave and that he needed to follow the detectives for questioning — though Keller denies saying that. Lee's mother drove him to the Public Safety Building for questioning.

Still, Judge Cooney says a "reasonable person would believe" that he was under arrest under the circumstances that day, despite not having probable cause at the time. Even if Keller did not intend to place Lee under arrest during the traffic stop, Cooney says it's "compelling" that Keller told another detective that he was going to get food for Lee and two other members of the family, saying that it corroborates the family's statements that "they wanted to get lunch but did not feel they were free to do so."

Because Cooney found that a person in Lee's position would not feel free to decline the request to go to the detective's office for questioning, Cooney says it was an unlawful arrest and "therefore excluded from admission into trial."

Derek Reid, one of Lee's defense attorneys, tells the Inlander, "obviously we're happy," and that they are now figuring out the next steps.

"We believe it is an appropriate ruling," Reid says.