Jump In, Jump Out

The Polar Plunge kick-starts the year for many, but that's not the end to diving into freezing water 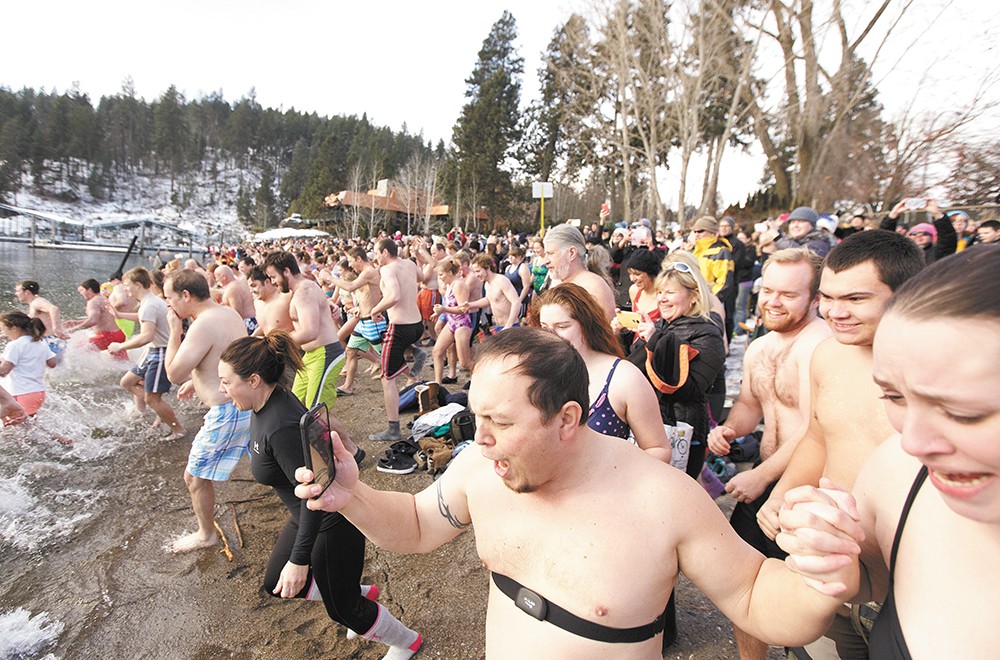 Blinding white thighs and tummies are on full display

this New Year's at Sanders Beach in Coeur d'Alene, where about 300 swimmers and bundled-up onlookers line the shore for the annual Polar Bear Plunge at noon. These people haven't shown this much skin since August, and it shows. But for this event, less clothing equals faster drying time afterward.

Once swallowed by the 43-degree waters of Lake Coeur d'Alene, reactions differ: Some scream loud, others recite expletives on repeat and still others emit no noise at all, as if their vocal cords have been frozen entirely. Whole families, including sweater-wearing pets, experience these frigid moments together.

Although it's technically not an official event to speak of, the Coeur d'Alene Visitor Bureau couldn't have planned this better. People wrapped in fuzzy bathrobes and towels share cups of strong coffee and pass Wild Turkey. They swap hellos and observations that the lake has been colder in years past.

"Polar Bear" Rick Klin emerges from the lake about 30 minutes after most have vacated the premises. He says he's not cold. And his body doesn't betray him; no goose bumps ravage his skin.

He's part of a group back at home in Libby, Montana, that goes plunging every Sunday from October to April. When not doing the "dead man's float" in a freezing body of water, he takes cold showers daily. After 39 years doing the plunge, Klin says he no longer has a response to the cold. In fact, rolling in the snow is one of his favorite pastimes. 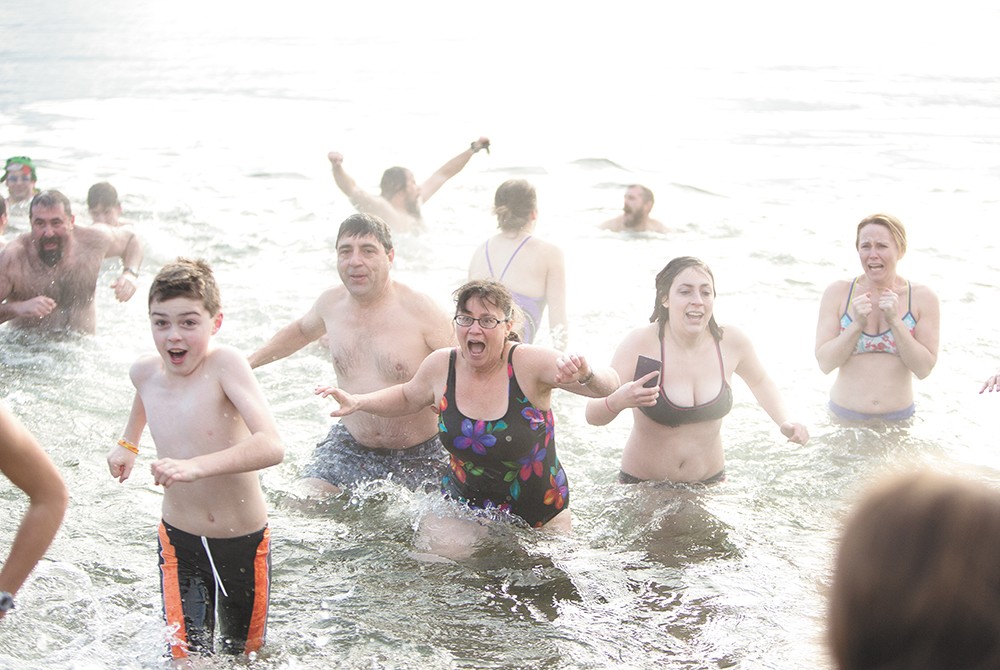 Today, standing in the sun in gym shorts and suspenders, evaporation begins immediately and visible steam rises off Klin's body. To him and so many others, this is a fresh start to the year.

Lauren Sanders didn't go in today, but she's here as part of an event she's titled A Reason For Freezen. She and others have added a charity element to the nearly 40-year-old event, collecting socks and more for local homeless people.

"The Polar Bear Plunge is such a beautiful and simple thing. You get in the water and then everyone leaves," Sanders says. "People of Coeur d'Alene and Spokane are drawn to it. Even in the winter, people are drawn to this water. We're just adding to this event, no one is required to donate anything."

But some polar plunges are designed specifically for raising money for charity. The Punks For A Princess Punk Rock Plunge in Hayden, Idaho, also happens on New Year's Day and raises funds for sick kids. The Special Olympics Washington Polar Plunge at Liberty Lake, which freezes participants in late February, also gives purpose to the madness of jumping.

Walter Pierowski, who heads up the Hayden plunge, says last year they had to cut into the frozen lake.

"People were bleeding from the ice," he says.

But while he'll admit the experience isn't for all, he says that people shouldn't be afraid.

"Most of us who do this are adrenaline junkies. We're looking for that shocking experience," Pierowski says. "But believe it or not it's refreshing. It's exciting." ♦

The Winter Fun Has Just Begun