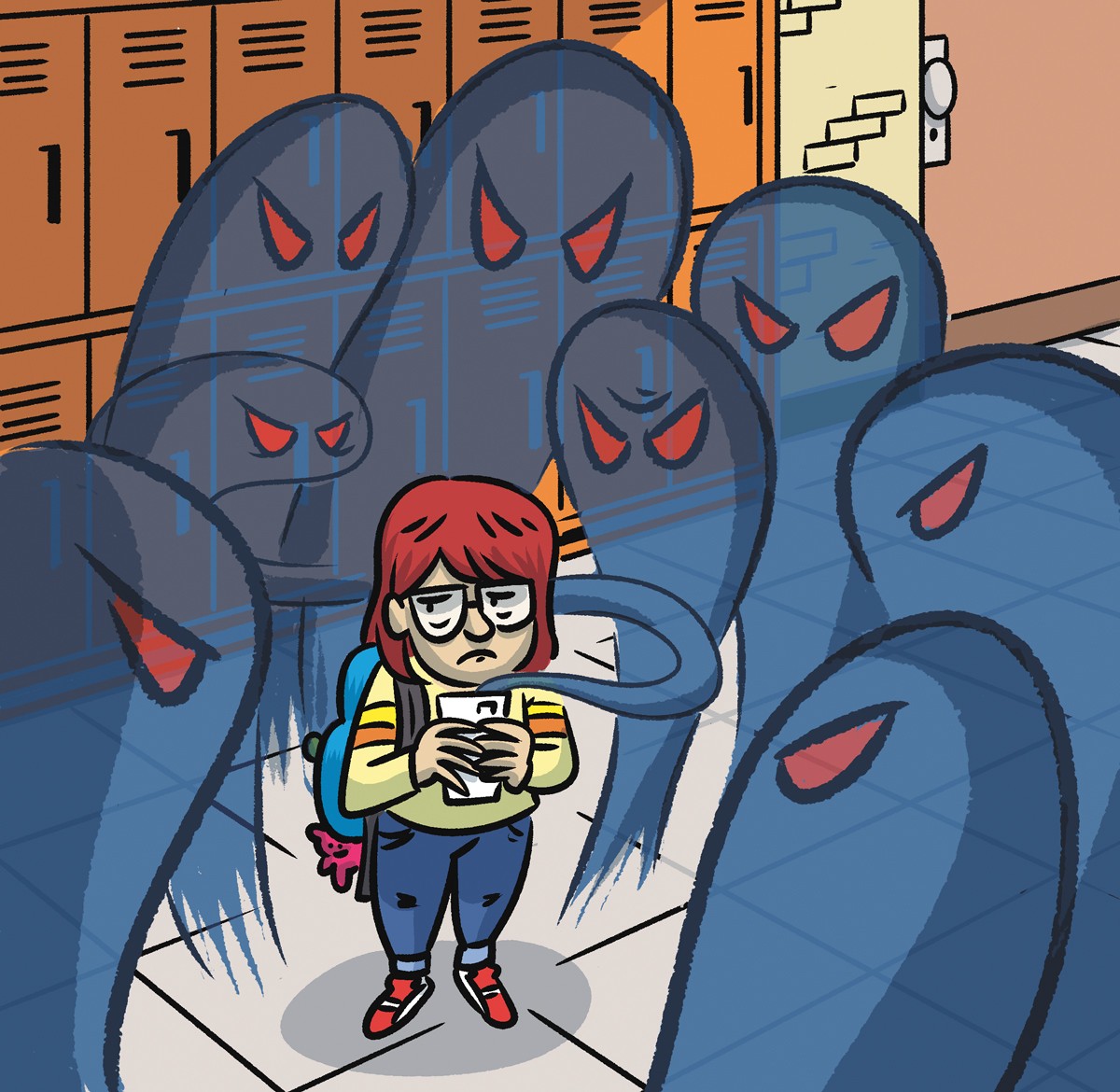 With school now back in full swing, K-12 students can find themselves busy with all sorts of activities — science projects, sports, band and clubs — on top of their core academic work, and socializing with friends. But for students who are bullied, the return to school can feel like an impossible burden. And that burden may be more common than we realize.

According to a 2019 report from the National Center for Educational Statistics, as many as one in five students between the ages of 12 and 18 said they had personally experienced bullying in the prior year.

"Bullying is defined by deliberate behavior that occurs over time," says Sherryll Kraizer, founder and director of the Coalition for Children and creator of the anti-bullying Take a Stand program. She emphasizes that the starting point for any discussion about bullying is to identify it as such.

Unlike playful teasing or an isolated aggressive interaction, bullying is characterized by two elements: power and patterns.

In other words, bullies create or leverage a power imbalance — one that can stem from things like physical size or social status — to control or harm their victims. They then engage in that behavior over weeks, months and years. That persistence is what makes bullying so emotionally and psychologically draining for the victim, sometimes driving them to self-harm or, in dire cases, even suicide.

Although children can be good at hiding the fact that they're being bullied and may even be more determined to do so out of a sense of shame, Kraizer says that there are usually warning signs.

"The first thing for a parent is to recognize that changes in your child matter. For example, if you see that your child is not hanging out with people they used to hang out with. Or that they don't want to go to school, with an increase in headaches and stomach aches. Or they're isolating themselves from the family. Or they have any unaccounted-for injuries. Their backpack disappears. Their phone is cracked," she says.

"All of those are things that are a basis for parents to say, 'I noticed this. What's going on?'"

ANTI-BULLYING PROGRAMS AND RESOURCES
safechild.org:Entirely free programs created by Sherryll Kraizer, founder and director of the Coalition for Children to assist parents and teachers in dealing with bullying, including role playing exercises.
stopbullying.gov: Federal government website aimed at "creating a community-wide bullying prevention strategy."
cfchildren.org/resources/bullying-prevention-resources: Focuses on creating social and emotional well-being for children, including the podcast Grow Kinder.
pacer.org/bullying: Offers resources for teaching kindness, acceptance and inclusion including "Create a World Without Bullying" resource kit. Order a free poster.
stompoutbullying.org: Website with the goal of promoting "civility, diversity, inclusion, equity and equality," offers a "Get Help Now!" tab for parents and educators.

To get to the truth, parents and educators shouldn't shy away from pressing the issue. At the same time, they should be prepared to listen in earnest and have some grasp of the basic dynamics of bullying — such as the fact that it's often learned behavior on the bully's part, or that advice to shrug it off can actually make the victim feel even worse.

It's also important for adults to recognize that the nature of bullying changes as students get older.

"In elementary school, it tends to be one-on-one," Kraizer says. "As you get into middle and high school, bullying often occurs in packs of kids, so there's no getting away from that. Or it occurs on social media, which then involves multiple people very rapidly. It's more likely to be sustained when you get more people involved, because the bully leader is getting lots of approbation from their peers."

Stephanie Fredrick, associate director of the Alberti Center for Bullying Abuse Prevention at the University at Buffalo, New York, says that social media also has the potential to turn in-person bullying into a relentless ordeal for its victims.

"If you have a child or a student who is having some challenges with being a bullying target at school, it's most likely also happening online. A lot of times we tend to separate them, but they're all pieces of the same puzzle. These online spaces tend to be an extension of what happens in person," she says.

Cyberbullying can also be "particularly tricky," according to Fredrick, because the victim's reaction is typically to engage or retaliate online. That only fans the flames. Meanwhile, the parental response is often to take away the victim's smartphone, which is like grounding them for being bullied.

If there's an upside to cyberbullying, it's that it can be easier for the victim to substantiate.

"One thing that we tell kids to do is that if you see this bullying happening online, screenshot it immediately and document it. That can really help with the problem-solving. A lot of the platforms are also getting better about blocking people who are engaging in harassment and bullying. With Instagram, for example, you can now block someone without them knowing," says Fredrick.

Just as with in-person bullying, cyberbullying is best addressed with the help of a compassionate, supportive adult. That can involve encouraging bullying victims to take a break from the hostile environment — in this case, their social media apps — and reporting the activity to those responsible for the space where bullying is happening, whether that's an online platform or a school administrator.

And for both bullies and their victims, there is hope. As part of anti-bullying programs like Take a Stand, Kraizer says she's seen bullies — individuals as well as groups — and their targets gain better self-awareness through role playing and thought exercises. In her experience, the solution lies in helping all parties to develop better abilities to communicate and process their emotions.

"You can't stop the behavior by punishing them. You stop the behavior by understanding the underlying costs and benefits and then teaching them and rewarding them for more appropriate behavior," she says. "We're better off when we look at all of them as children who need to learn better life skills. It doesn't work to blame the victim or the bully if they're just doing the best they can."