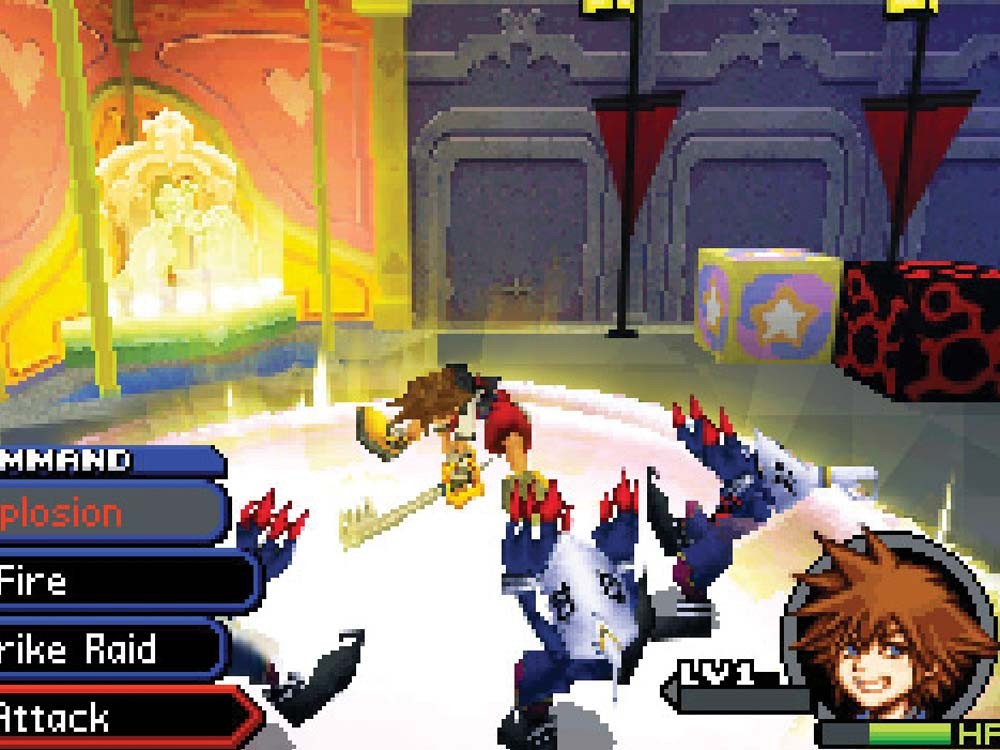 They need to write even more code.

Kingdom Hearts has done what every shopworn franchise eventually does: reboot. Or as Chip and Dale put it, “rewrite.” In the case of Kingdom Hearts Re:coded, however, the entire franchise isn’t rewritten. Mickey Mouse is still played by Mickey Mouse (albeit with a girlier voice). Donald is still a squawky spaz. Even the magic kingdom’s cartoon kingdoms — Agrabah, Olympus, Wonderland — look just like we last saw them, with every pastel curlicue in place.

What is under revision in Re:coded is the first Kingdom Hearts game. Still the best in the series, it was an infectious, unique blend of Disney magic and videogame interactivity. The shadowy monsters that overran the game’s iconic Disney settings justified the swing-and-slash combat. And Jiminy Cricket, Mickey and Goofy softened the anime edge that Square Enix brought to the game’s design.

Lately, though, the series has gone off on a metaphysical tangent, with lots of mumbo jumbo interfering with both the action and the Disney. So Re:coded returns to the first adventure, “rewriting” that game’s storyline. There is some brief discussion of digitized files and corrupt code, but the upside of everything is that Re:coded begins with a re-beginning of Kingdom Hearts.

While the DS can’t display the detail that a TV screen can, the magicians at Square Enix have managed to squeeze as many villains as possible onto the little screens: squirrelly black imps, disjointed suits of dark armor, round soldiers with screen-spanning bellies. The battles are in real time with no slowdowns or graphical glitches. And my attacks and weapons can be developed and customized, making the game’s bread-and-butter battles into strategic, stylish skirmishes.

And — RPG fans take note! — Square Enix has abandoned the towering boss battle formula. Well, sometimes. Many of the levels in Re:coded end with the game switching to another type of videogame entirely. Suddenly Kingdom Hearts becomes a retro side-scroller, or a shooter, or an ancient turn-based RPG. It’s a refreshing idea, and in a game where things are pretty much “just like before,” as Donald says, the shifting styles of gameplay keep Re:coded from becoming repetitive.

THE GOOD: Both Disney and Square Enix are known for their lavish animated storytelling. The color-drenched, hand-drawn worlds of Disney are not obvious candidates for conversion to the DS’s Post-It-sized screens. Nevertheless, Square Enix has crafted streamlined recreations with enough detail to make them unmistakable. Even the game’s narration takes complete advantage of the DS, with some of the scenes being presented in fully voiced 3D animation and others presented as silent comic book slide shows.

THE BAD: The story behind Kingdom Hearts Re:coded doesn’t make any sense, and almost doesn’t mesh with the previous Kingdom Hearts games — if you’ve been paying any attention to them.