If the Lilac City wants to retain young talent, it must think bigger 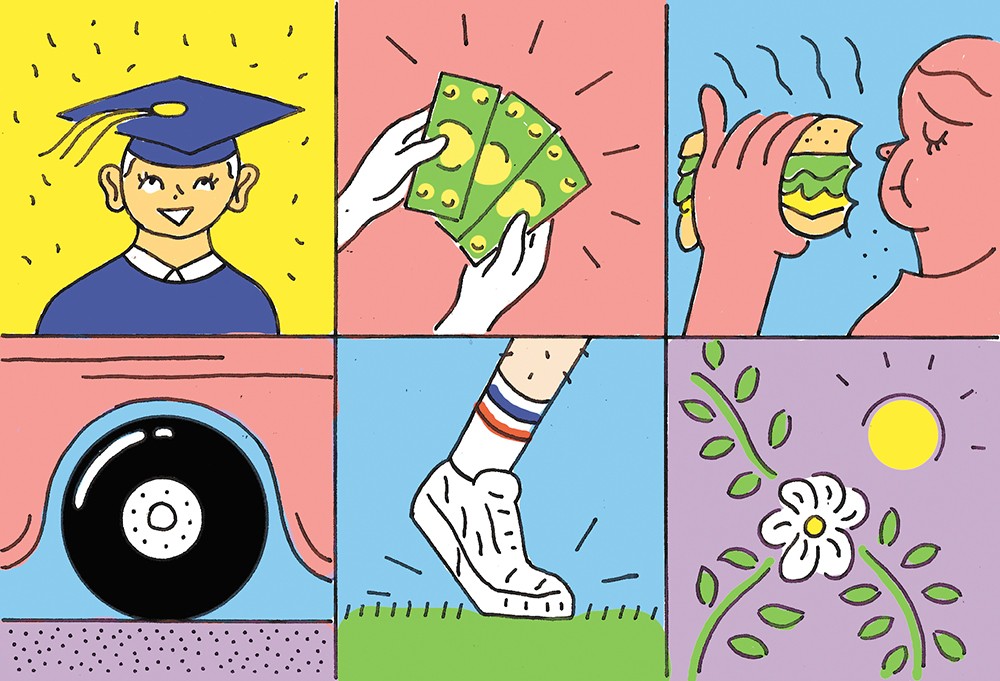 I was recently talking with a friend

at school about what type of place I'd like to live and work upon graduation. We discussed a number of locales, like San Francisco, Seattle and Portland.

I was shocked that for the first time, I mentioned that I saw my return to Spokane not "as soon as possible," but after "a few years." Was I slowly losing touch with my hometown?

I want to live in a beautiful, vibrant city with an outstanding quality of life, a distinct culture and easy access to outdoor recreation. I want to take in amazing art, explore new neighborhoods and districts, and build the local community.

So why was I discounting Spokane?

But let's not discount the less expected factors.

For example, Spokane can rightly brag about its relative lack of traffic, but even then, you still have to drive. The Central City Line may not be light rail, and the STA Moving Forward plan may not be the ideal blueprint that urbanists crave, but they will make a big difference by introducing frequent, simple and late-night service. No doubt, the ambitious plan should be placed on the November 2016 ballot and ultimately approved.

But still, we need to be thinking bigger.

Are we designing neighborhoods for millennials? Seattle has Ballard, Queen Anne and Capitol Hill. Portland has the Pearl District. Today's urban professionals want to live in vibrant urban districts where they can walk to work, restaurants and shopping. Instead, in Spokane, our housing developers build monstrous single-family subdivisions and suburban apartment complexes in places like Southgate and North Indian Trail, while even much-praised Kendall Yards features a massive surface parking lot. We can and we must do better.

We can look to other cities for inventive solutions.

San Jose, for example, adopted an "urban village" master plan, singling out dozens of small neighborhoods for denser, more concentrated housing and retail development. Seattle has introduced a number of measures to improve livability, including allowing more density in single-family zones, approving building a record number of microunits and expanding Sound Transit to the tune of $50 billion. And then there's Portland, which pioneered the concept of freeway revolt in the 1970s, redirecting the funds for their canceled Mount Hood Freeway to the now world-class MAX Light Rail system.

Let's be clear. These aren't radical ideas. Spokane can become a city that millennials crave. But it must act now if it wants to avoid making the same mistakes it has made in the past. We must commit to walkable neighborhoods and fast, frequent transit.

The result will be a better, more vibrant and more prosperous city. And maybe, just maybe, more college students returning or staying in Spokane to build careers. ♦

Anthony Gill is a Spokane native, college student (hire me!), and founder of Spokane Rising, an urbanist blog focused on ways to make Spokane a better place to live.