The Path of Math

Perhaps no subject in Spokane Public Schools, in recent years, has been as controversial as math. The “math wars,” as they’ve been called for decades, pit reformers who believe math is best taught through student exploration against traditionalists who argue for a focus on time-tested drills and algorithms.

Now, the school district is taking a few steps toward that change, inviting the community to examine possible new math textbooks. Between grades 3-5, the district’s considering the Go Math, Expressions, My Math, and Stepping Stones curriculums, while between grades 6-8, it’s looking at the Digits, Springboard, CMP, and Carnegie curriculums.

Fresh off her unsuccessful race for Rep. Matt Shea’s state representative seat, Amy Biviano is getting right back in the politics. She’s one of nine members applying for the open Spokane Valley city council seat left by Brenda Grassel. Grassel stepped down when she decided to move away outside of city limits.

“It’s important to keep in mind this is a non-partisan position. Sometimes partisan positions obscure the fact that we mostly agree on the policy,” Biviano says. “When I talk with the majority of the members on the current council, we see eye-to-eye on things like budgeting.”

She’s not only former Democratic candidate to apply for a spot on the conservative Valley council. Linda Thompson unsuccessfully ran against Larry Crouse for state representative in 2008.

Two Spokane City Council members are planning to introduce non-binding resolutions that would put the city on the record in the gun control debate. But which way will the city go?

Councilman Mike Fagan is tacking the opposite direction: a resolution listing the constitutional grounds and benefits of gun ownership.

Fagan’s resolution would “oppose the enactment of any legislation that would infringe upon the right of the people to keep and bear arms and consider such laws to be unconstitutional and beyond lawful legislative authority.”

The resolutions could come before City Council as early as Feb. 4. 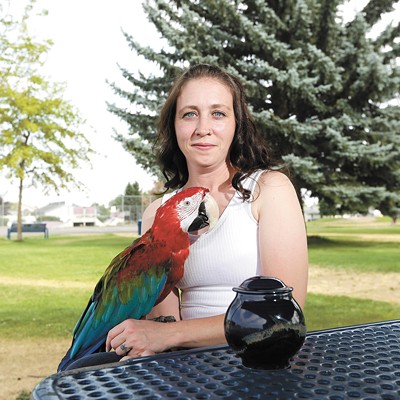