Matt Gillis is payin' it forward for Hank Sturgis 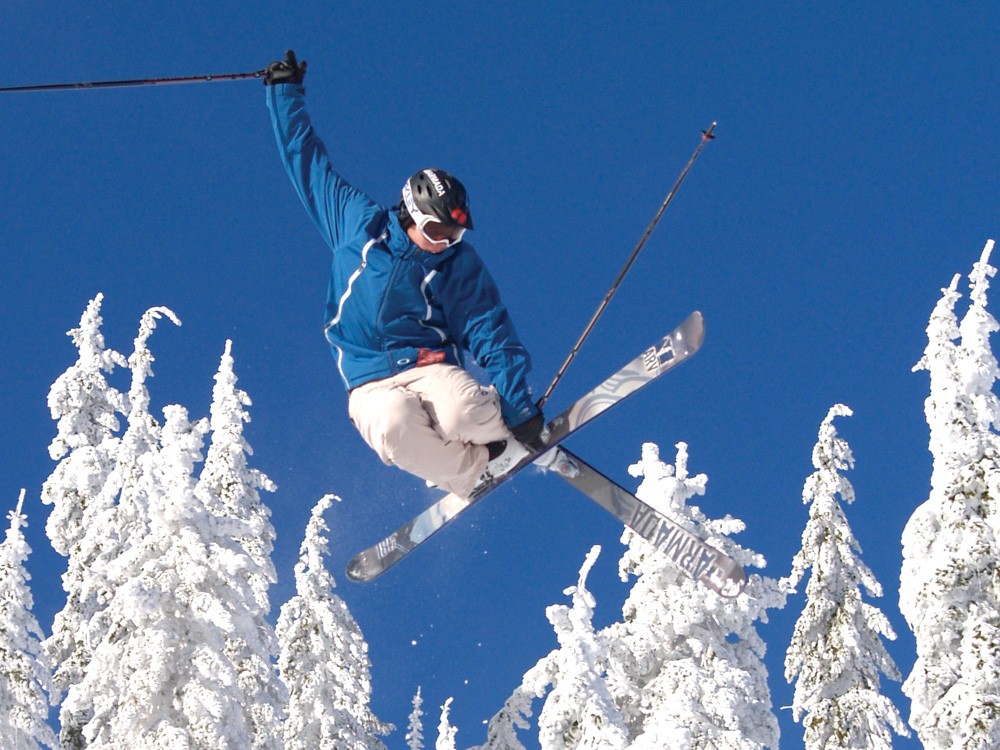 Matt Gillis doing what he loves in the air above Schweitzer.

Sitting on a chairlift with Matt Gillis at 3 am, between rain storms, 19 hours into a quest to ski for 24 hours straight, one gets an idea of how passionate he is about raising money for cystinosis and the 24 Hours for Hank Foundation.

“People want to be involved,” says Gillis, “you just have to give them the opportunity.”

The perception is that it’s a race. But it’s actually about raising as much money as possible, and doing that requires Gillis to ski 24 hours straight — not going inside for any reason but weathering whatever storm might roll through.

Rewind 11 years, when I was first introduced to Matt Gillis. It wasn’t so much a formal introduction as seeing and hearing the expression coming from his mother when she viewed a photo of him upside down, high up in the air over the terrain park at Schweitzer Mountain Resort. Since that photo was taken, Gillis’ involvement with the ski industry has stayed strong, even while attending Eastern Washington University. He has consistently been one of the jumpers in the Outrageous Air Show at Schweitzer, with the exception of his freshman year at college, when he traveled with the Budweiser All Star Aerial Show.

After graduating from college, he moved back to Sandpoint and quickly landed a job at Coldwater Creek, where he met Brian Sturgis — Hank Sturgis’ father. He soon found out the young boy had been living with cystinosis since 2007. Gillis and Stugis began to brainstorm ideas on how to raise money and build awareness about disease. They had this wild idea about doing a 24-hour bike ride; then the idea progressed to the 24-hour ski event. Everything just fell into place after that.

Now, three years later, Gillis is consistently asking himself, “How can I raise the most money?” That’s how he came up with his latest idea: Payin’ It Forward.

It was a rainy day this last May when he decided to register for the Portland Marathon, create the website PayinItForward.com and start raising even more money for cystinosis.

Gillis’ overall contribution to the foundation has totaled approximately $50,000, with $25,000 coming in this year alone. Every year he’s finding new ways to challenge himself by setting different fundraising goals.

“I hope someone beats me,” Gillis says with a laugh, “but I hope they do it on the fundraising side of the event.”

Many of his donations have been contingent on skiing a certain amount of laps. Somehow 200 became the goal. During the last three 24 Hours for Schweitzer ski events, he has increased the number of runs. In April, he hit 202 runs through multiple rain storms, skiing through the night, raising money for a good cause, while everyone else was sleeping.

To get involved with the 24 Hours for Hank Foundation, visit www.24hoursforhank.org or check out www.payinitforward.com.