The three Democratic candidates for governor this year all have similar goals: Improving education and access to healthcare, and protecting public lands. The differences between the candidates mostly have to do with personality. Do Idaho Democrats want an older businessman from Boise, or a younger politician from rural Idaho?

Here are the three Democratic gubernatorial candidates for this year’s primary election, along with their goals and what they’ve heard from critics:

Background: Member of the Boise School Board since 1997, businessman and certified public accountant.

Focused on: Balukoff wants to fix education in Idaho, and he thinks he has the credentials to do it. For Balukoff, that means investing in preschool so fewer students begin their schooling behind their peers, and encouraging students to fill jobs in science, technology, engineering and math. Balukoff also wants to fill the Medicaid gap in Idaho, believing everyone deserves health care. He's also pledged to fight any effort to sell public lands to "special interests and out-of-state billionaires."

Criticized for: In 2014, Balukoff lost in the gubernatorial election to Butch Otter and only earned 39 percent of the vote, calling into question his ability to beat the Republican candidate this time around. His opponents have noted he's originally from California, not Idaho, suggesting he's out of touch with the needs or rural Idahoans.

Background: Former two-term member of the Idaho House of Representatives.

Focused on: Like her top opponent, Jordan is focused on education. "That would be at the very top, because it has been at the bottom for far too long," she told the Inlander earlier this year. She wants to make health care access easier for people, and she wants to improve the economy by investing in transportation in every Idaho city.

Criticized for: Balukoff has questioned Jordan's qualifications for the job, arguing that Jordan, 38, may not have the experience to be governor. (Jordan has pointed out she has more legislative experience than Balukoff.) Jordan attended Gonzaga Prep in Spokane, and her older son plans to do the same, prompting frequent questions about her interest in improving Idaho schools. 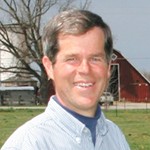 Background: An agriculture attorney in Washington and Idaho.

Focused on: Dill hopes to improve education by finding a way to recruit top teachers and strengthening alternative education. He wants to lower costs in health care. And he wants to invest Idaho money into businesses that benefit citizens.

Criticized for: Dill has no political experience, and he may not have the resources to be taken seriously in the primary race, let alone the general election.