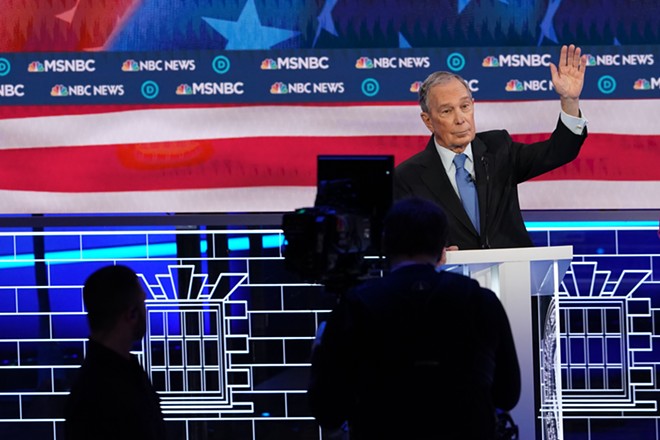 Michael Bloomberg ended his campaign for president and endorsed former Vice President Joe Biden on Wednesday, concluding that his own path to the Democratic nomination had evaporated after he spent hundreds of millions of dollars and won no states on Super Tuesday.

After courting moderate voters across the map and briefly rising to a prominent place in national polls, Bloomberg’s candidacy unraveled in just a few weeks: His numbers plunged after a debilitating clash with Sen. Elizabeth Warren in a debate last month, and much of his support appeared to flee to Biden over the past few days.

Bloomberg, who was elected mayor of New York City as a Republican before becoming one of the Democratic Party’s biggest financial backers, is said to be weighing his plans to spend heavily for Biden and other Democrats in the 2020 general election.

According to a person briefed on his deliberations, Bloomberg reached the decision to withdraw from the race on Wednesday morning. But the likelihood that he would exit the race was already apparent Tuesday night, as election returns showed Bloomberg falling into third place or worse in states he had once hoped to win outright. He carried only one contest, in American Samoa.

Bloomberg and Biden spoke by phone Wednesday, a person briefed on the call said. Shortly after Bloomberg announced his exit, Biden posted an appreciative tweet saying he would be counting on Bloomberg’s help to defeat President Donald Trump.

While Bloomberg’s departure from the race was meant to help unite the moderate wing of the Democratic Party behind Biden, it also had the potential to enrage supporters of Sen. Bernie Sanders, who have long regarded Bloomberg as a malignant force in the 2020 campaign.

Bloomberg’s candidacy was unprecedented in its financial firepower, amounting to a no-expenses-spared effort to take control of a presidential race.

As a candidate, Bloomberg had argued against the danger of not just the reelection of Trump but also the nomination of Sanders, whom Bloomberg criticized as an unelectable candidate with unrealistic or bad ideas. Sanders in turn branded Bloomberg as an avatar of the oligarch class that his campaign is trying to bring to heel.