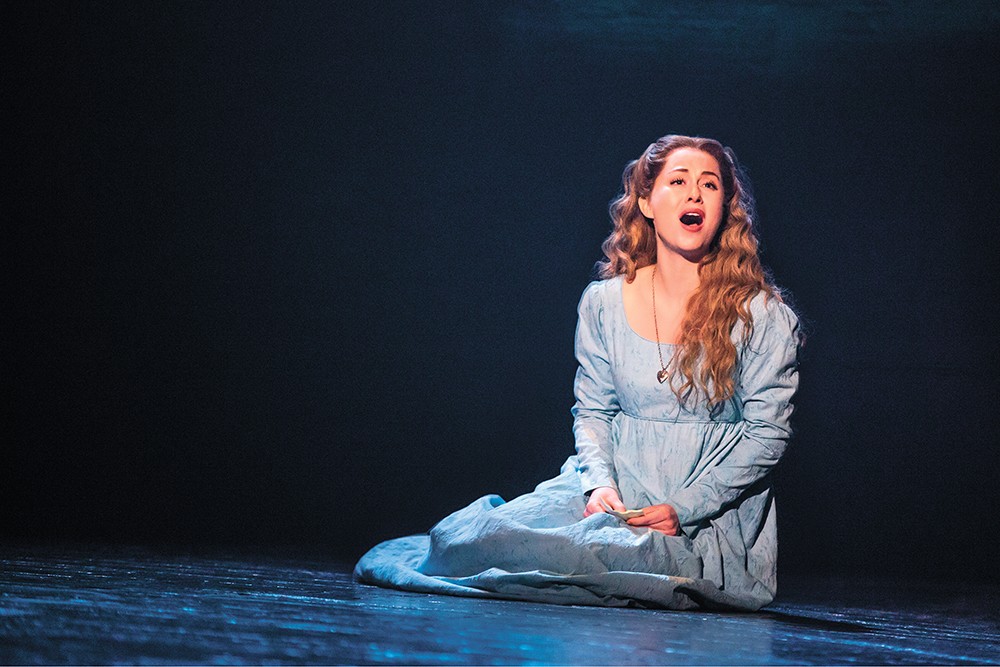 For most people, the first time they see Les Misérables is an unforgettable experience.

Suzanne Ostersmith, dance director and assistant professor of theatre and dance at Gonzaga University, had her first interaction with Les Mis as a college student during a musical theater history class.

Her professor was playing music from the show, specifically the song "One Day More," and Ostersmith had such an intense emotional reaction to simply hearing the recording that she immediately fell in love with the production.

Jake Schaefer, creative director at the Spokane Civic Theatre, says he remembers seeing it as a young teenager and being glued to his seat through the whole show. He then went on to play Jean Valjean, the male lead, at North Central High School in the first high school performance of Les Mis in Spokane.

"Arguably it changed my life," Schaefer says. "It may be the reason why I continue to pursue a career in show business."

This show has made a deep impact locally. At the Spokane Civic Theatre, Les Mis was part of the 2013-14 season and was later revived as a co-production with the Spokane Symphony at the Fox Theater. To this date, it is one of the top five grossing shows the theater has produced, Schaefer says.

"It's a standard," Ostersmith says. "My emotional connection to the production impacts and helps me judge how I'm impacted by other musicals because it has so much power to it."

How does a musical created in 1985 about the Paris uprising in the 1800s still hold up and move audiences on such a profound level?

Mary Kate Moore plays Fantine in the touring company of Les Mis, coming to Spokane Aug. 6. Her character is the female lead in the production who has a child out of wedlock and becomes a prostitute to support her.

I asked her what makes this show timeless, her answer was simple: The music.

"The music is so iconic and no matter who's singing it or in what setting it will always move audiences," Moore says.

"Musically, it is composed in such a way that it builds appropriately and your heart is broken appropriately through the music," Ostersmith concurs. "There are the stories and characters, and then it's taken to that whole other level with the music." 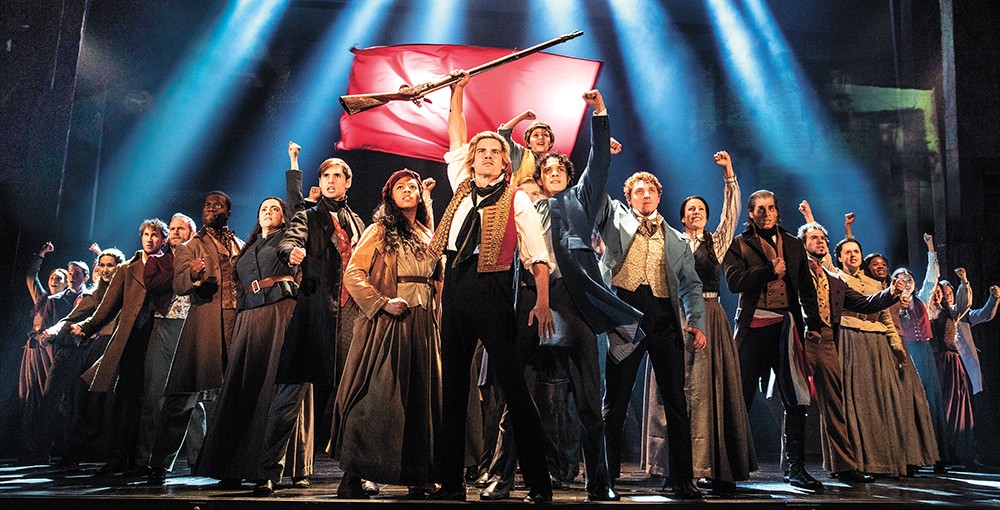 In the current touring production, there are reimagined and modernized orchestrations so audiences will still have the familiarity of the long-running show but also get a fresh twist, Moore says.

Les Mis's massive success was aided by its songs being performed on mainstream television and in movies. Moore cited Susan Boyle, who famously sang "I Dreamed a Dream" on Britain's Got Talent, as well as the movie which had an A-list cast and won several Oscars.

"[It has spread] musical theater and Broadway to a larger audience than we normally see," Moore says. "Kind of like what Hamilton has done now in our generation. It's brought in a wider, more diverse audience that wouldn't normally go to the theater."

This show has truly stood the test of time because of the emotions it is able to draw out of its audiences, Ostersmith says. She uses this musical and its depth of emotion in her teaching.

"I think that Les Mis is a gold standard in some ways," Ostersmith says. "It takes its audience through the beauty and love and adoration and then to the incredible devastation. So, I think in that way it has impacted me as a director to go all the way and push all the way with performers, with productions."

It's not just the emotional rollercoaster experienced by audiences that keeps the show fresh. It's also the universal themes that the show portrays that can still be applied today.

"I think that the main theme, especially with Fantine's character, is that so much is assumed about her based on the societal norms of the time. Her life and all her opportunities are completely taken away from her and she has to struggle against that for the entirety of her life," Moore says.

This theme rings true to what a lot of people are experiencing in America today, Moore says. And Ostersmith says Les Mis is capable of drawing emotion out of people who otherwise might hold back.

"I think that today we're not always encouraged to feel all the feels," Ostersmith says. "To celebrate, to cry, to hold each other, to empower each other, those big feelings I feel like there's sometimes a cynicism and apathy we can fall into today and it's so interesting that this production from way back in 1985 can still rile those feelings within you." ♦

The Civic is resuming live theater with The Play That Goes Wrong, a show about the pitfalls (and pratfalls) of live theater 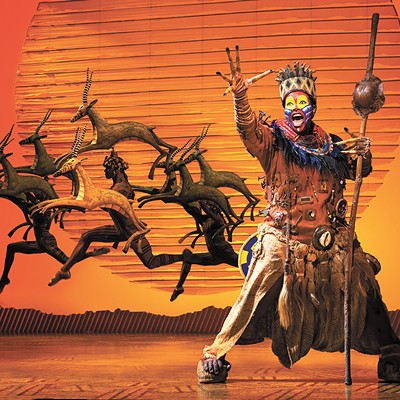 It takes many hands many months to create Traditions of Christmas, one highlight of the season in Coeur d'Alene