The Q sports bar at Northern Quest morphs into EPIC 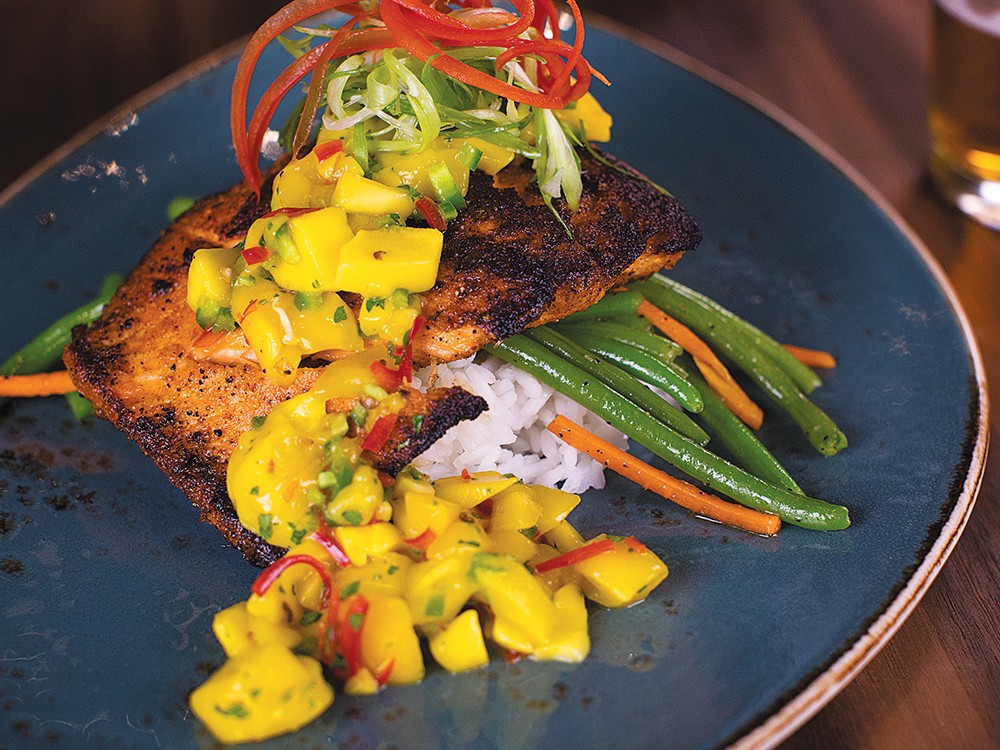 Northern Quest has upped the quality of food by transforming The Q into EPIC.

Blake Crossley estimates that he has said the word “epic” an average of 200 times per day since Northern Quest Resort & Casino remodeled The Q and changed the name to EPIC.

Crossley, venue manager of EPIC, might be joking about that estimation, yet he can’t help but describe all the changes that have swept through The Q as “epic.”

“Everything, we’re just taking it to the epic level,” he says.

Renovation began on The Q three months ago and the former “ultimate sports bar” was gutted, refilled, rebooted and injected with a big dose of — you guessed it — epicness. EPIC debuted June 21 as a new “sports restaurant.”

“We’ll never get away from sports,” Crossley says. “We have a 30-foot screen.”

Indeed, the 10-by-30-foot TV stretching over the top of the bar stills plays football, basketball and anything else you can think of. But everything else is new — from the bar back to cushy chairs to a couple of 12-person booths, as well as more TVs and a dark, woody color scheme.

The menu got a major renovation too. More than half is new. They wanted to move away from deep-frying the majority of items they served, Crossley says. They got rid of things like the 22-inch hot dog and deep-fried pretzels and moved to what head chef Mike Thornton calls “not-your-typical-sports-bar fare.”

Now you’ll find items like Cougar Gold mac and cheese ($12.95) with applewood-smoked bacon and Tillamook white cheddar mixed in, or the Surf and Turf burger ($15.95) stacked with Wagyu beef, provolone and white truffle garlic aioli between toasted ciabatta, and skewered with a stack of seared prawns.

The club even has its own signature drink: the Studio E cucumber shot, with Pinnacle cucumber watermelon vodka served chilled in a hollowed-out cucumber shot glass. It’s a shot glass you can eat.