Not Even For The Birds

Like the European Starling, this invasive little pest shouldn't have been introduced into our ecosystem. 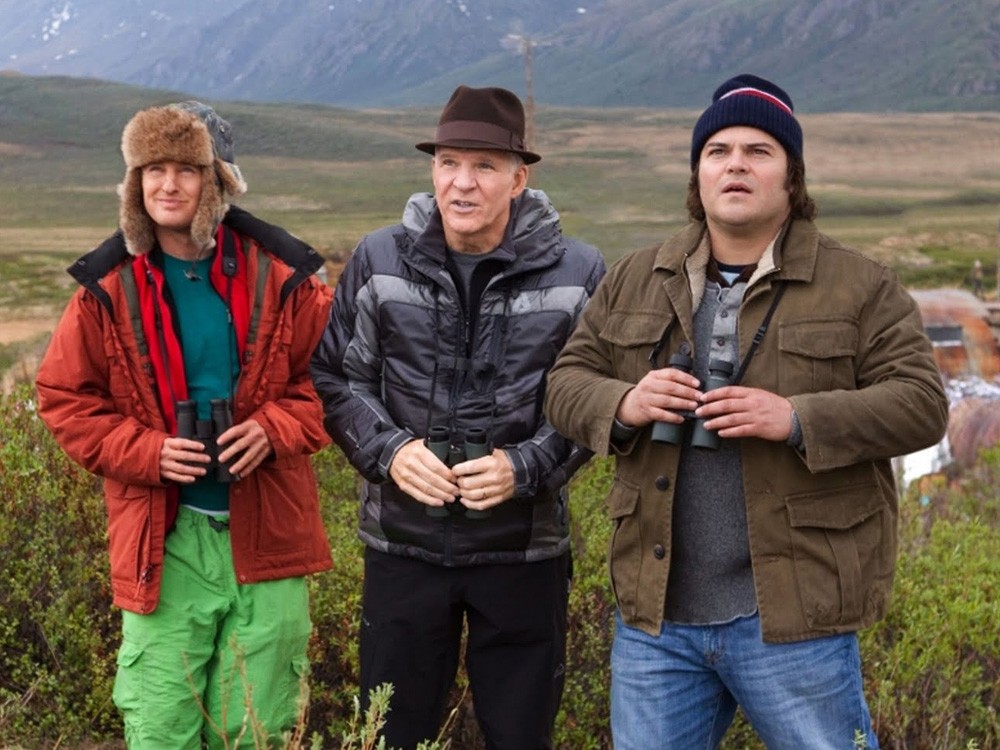 Peck our eyes out, please.

The funniest moment in Alfred Hitchcock’s movie The Birds is when, shortly after the first avian attack, a bunch of people are gathered in a restaurant, and someone orders roast chicken. The funniest moment in The Big Year, the new comedy about a birder competition, is ... hmmm, I actually don’t remember laughing even once.

No, wait, there’s that time when we first hear the ring tone of someone’s cell phone, and it’s Surfin’ Bird by the Trashmen.

Based on the 2004 book The Big Year: A Tale of Man, Nature, and Fowl Obsession, (believe me, the book’s title is funnier than the movie), a story about three guys who took part in the 1998 North American Big Year contest, the filmmakers don’t seem to know what to do with this thing.

We’re told, in the first of too many bits of narration, that bird lover Brad Harris (Jack Black) wants to be the greatest birder in the world — to be the man who sees or hears the most species in one calendar year. We find out in short order that the person who holds that honorary title is Kenny Bostick (Owen Wilson), who, cad-like, will stop at nothing in areas of competition. Hold on, there’s also retired executive Stu Preissler (Steve Martin) wanting to get in on it now that, well, he’s retired.

These three characters, along with many other obsessive birders (some of which aren’t interested in competition, but are only keeping and checking off life lists of bird sightings) continuously bump into each other as they traipse around North America trying to break (or hold onto) Bostick’s record of 732 sightings in one calendar year.

On the plus side of things, viewers will catch glimpses of, among many others, a magpie, a raven, a great spotted woodpecker, a flamingo, a Himalayan snowcock, a spruce grouse, a snowy owl, a pink-footed goose, and a pair of twirling mating bald eagles.

On the minus side: everything else — a film that has many opportunities to be funny, but stretches about as far as letting Jack Black take a few pratfalls or watching Steve Martin get seasick. Though the year moves by quickly, via dates at screen’s bottom, there are far too many flat, boring side stories that are supposed to fill out the personalities of the main characters, but only serve to slow down the pacing of the film.

Even with a cool instrumental version of the Beatles’ Blackbird by Brad Mehldau on the track, this turkey will plummet at the box office.