One for the Books

Before their Sweet Sixteen run, the Zags spent the season proving just how special this year's team is 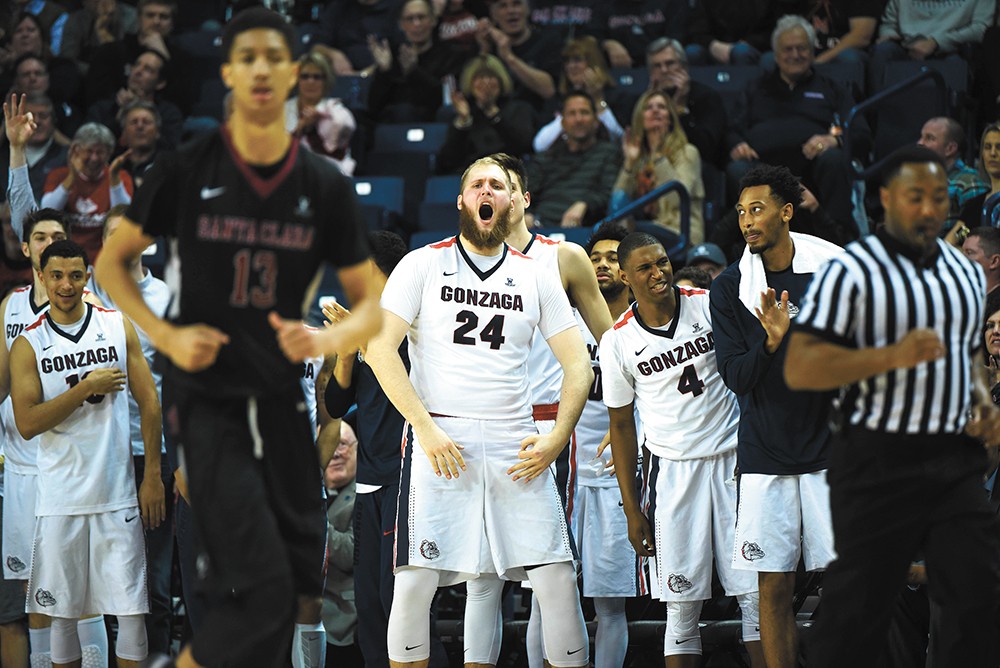 Rajah Bose
Marching on: This Zags team has taken all the steps necessary for greatness.

A look back at some of the vital games that brought the Zags to the Sweet Sixteen, and the brink of a Final Four breakthrough:

The Zags' first real test of the season came in their fifth game. It was the semifinal of the AdvoCare Invitational in Orlando, Florida, and Gonzaga trailed the Gators for the majority of the contest. A loss would've put an end to the undefeated-season discussion before it could really get started. More important, it would've robbed the Zags of two of their best wins this season. Florida has had a surprisingly successful season, finishing second in the Southeastern Conference, and reaching the Sweet Sixteen themselves. With the win, the Zags advanced to play Iowa State in the title game. They won 73-71 against the Cyclones, who finished tied for second in the Big 12 Conference behind perennial power Kansas.

Year after year, the Zags and Wildcats are among the West's best, and this season was no different. When they met at L.A.'s Staples Center, both were ranked among the AP poll's top 16 teams. Four Zags scored in double figures, but the Wildcats clawed their way back late, outscoring Gonzaga 36-31 in the second half. The Zags held on, picking up the program's second win in eight tries against Arizona. All eight meetings have come since Gonzaga burst onto the national scene in 1999. Defeating Arizona was huge for this year's Zags, and the teams could face off again in the West regional final to go to the Final Four.

These rivals were turning to the home stretch of the best season in both programs' histories. The Zags were 25-0 and the Gaels were close behind at 22-2, which drew the eye of ESPN's College GameDay. It was the Zags' fifth GameDay appearance, but their first against a West Coast Conference foe. Like the majority of their conference games this season, it was a comfortable victory. Gonzaga got the win, against a high-quality opponent, at a time of the evening early enough for East Coast viewers to catch the action.

Sitting at 29-0 in the Kennel on senior night, the Zags were one win away from completing the 20th undefeated regular season in the history of men's Division I NCAA basketball. They opened the game red-hot, running out to an early 18-2 lead, and it looked as if history was about to be made. But BYU's Eric Mika went off, scoring 29 points and keying a late-game run as the Cougars stunned Zag Nation. BYU outscored Gonzaga 20-11 over the game's final 10 minutes, including the final 10 points in the last two, and took down the nation's No. 1 team. How the Zags rebounded from their first loss would be key to their NCAA Tournament seeding.

Randy Bennett took over at Saint Mary's in 2001; since then, the Zags and Gaels have met in nine WCC Tournament championship games. Clearly, they've been the conference's two best teams. This season, as both were ranked in the AP Top 25 from the start, they were among the nation's best as well. This — all due respect to BYU — was the matchup that college basketball deserved. The outcome — all due respect to Saint Mary's — was as well. Gonzaga was dominant in Las Vegas, improving to 32-1 and locking up a top seed in the NCAA Tournament's West Region. ♦