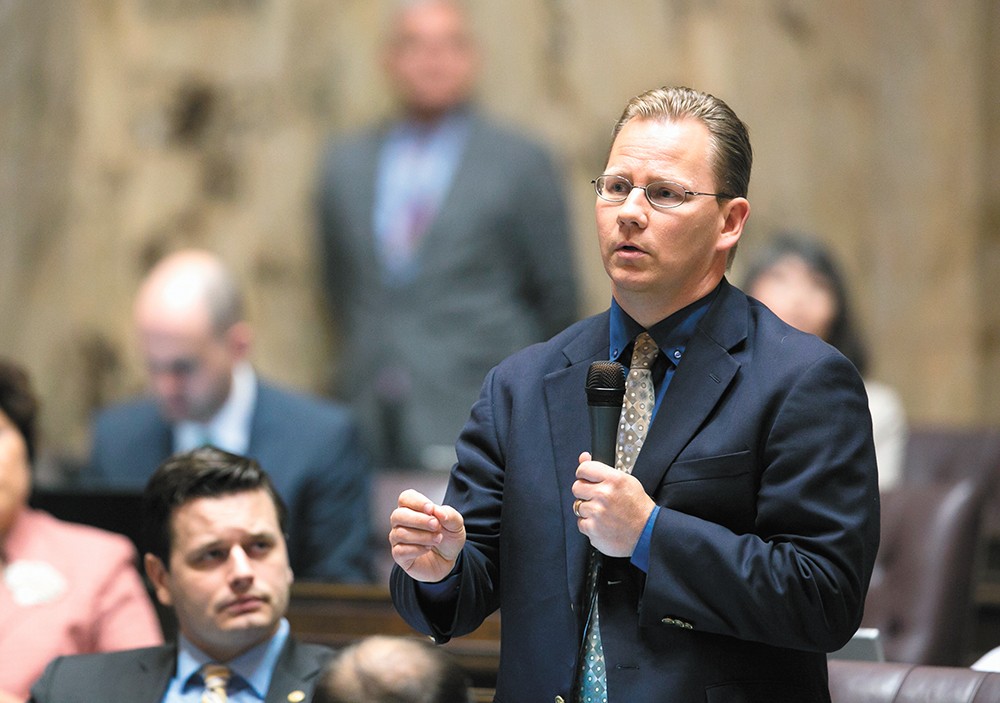 Chris Reykdal, state superintendent of public instruction, says of lawmakers: "They have substantially increased basic education funding during the past three biennia."

Last week, the Washington Supreme Court gave a progress report on the state legislature's latest attempt to AMPLY FUND EDUCATION. As a teacher might tell a struggling student, the court said it was encouraged by the effort but ultimately gave the state an "incomplete" on its assignment.

The state legislature, after years of procrastination, came up with the plan earlier this year to comply with the court's 2012 McCleary decision, which mandated full funding of basic education. The state's plan increases funding for education partly through a property-tax swap that increases state funds for schools, while at the same time limiting how much districts can raise locally through levies.

The court said that once implemented, that plan will fully fund education and satisfy the McCleary decision. But it won't be fully implemented by the deadline the state legislature imposed on itself to pay for staff salaries in full: Sept. 18, 2018.

The court, therefore, will continue the $100,000-a-day fine it has imposed on the state legislature. In April, after the upcoming legislative session, the court expects the state, which has already added $7 billion in school funding for the next four years, to turn in another attempt at meeting the September deadline.

Chris Reykdal, state superintendent of public instruction, says he agrees with the court's position that the legislature has made significant progress in its goal.

"I applaud legislators for their work," Reykdal says in a statement. "They have substantially increased basic education funding during the past three biennia."

But even Reykdal has his own issues with the way schools are funded, including that there isn't enough funding for special education services, and that there shouldn't be a cap on the money districts can raise through levies.

First, Ami Strahan showed a framed photo of her 15-year-old son. And then she spoke tearfully to members of the Washington State Transportation Commission about his life and his death.

When she was finished, commissioners, some wiping away their own tears, voted unanimously to name a section of State Route 27, from milepost 68.9 to milepost 82 (from Rockford to south of Spokane Valley) the SAM STRAHAN MEMORIAL HIGHWAY.

Sam Strahan was shot and killed on the morning of Sept. 13 after he attempted to stop another student from opening fire in a hallway at Freeman High School. Just three months before Sam was killed, his father died in a tragic accident in their front yard. Both Sam and Ami Strahan were home at the time, she says.

"I imagine often that others have already moved on from this tragedy," Ami Strahan tells the commission. "Their lives are back to normal, and they're doing things, and I can't do that."

Before the vote, a commissioner read from the proposed resolution, which described Sam as a loving son and brother. He loved to play video games and chess, enjoyed camping and water sports, and could finish a Rubik's Cube in less than 30 seconds.

"Sam Strahan demonstrated fierce bravery and faith in the human spirit to do the right thing on that fateful day of Sept. 13, 2017, placing his own life before the many others," a commissioner read from the resolution ahead of the vote.