A filmmaker talks about digging up the past and putting the present into perspective. 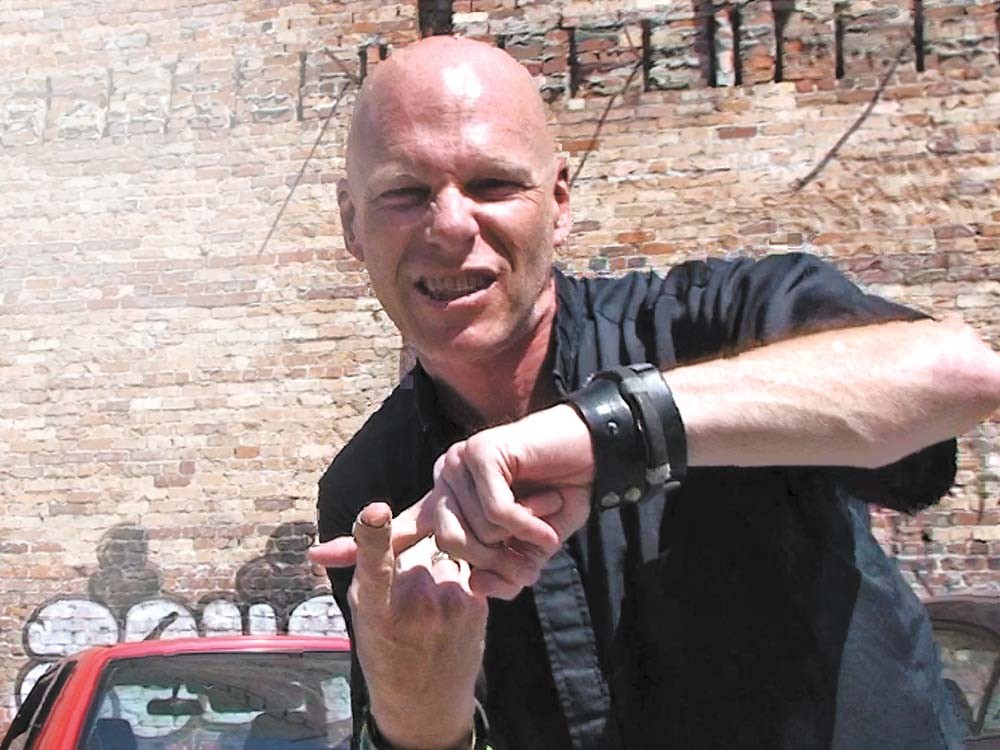 Blunt Rapture: one of the many enigmatic characters in SpokAnarchy!

They didn’t go to their high school reunions because, really, why would you bother reminiscing with people you share no memories with?

Instead, Spokane’s punk rock/alternative — whatever you want to call them — community that popped up in the 1980s made their own reunion two years ago. They called it “The Rapture,” and a group of them decided to make a film about the reunion. That movie turned into the highly anticipated film, SpokAnarchy!, a documentary about the 1980s punk scene here, featuring original footage, music videos, and interviews with dozens of people who were a part of it. It’s a retrospective look at what happens when you set out to make waves in a conservative town.

Last week we spoke to Erica K. Schisler, who produced and co-directed the film with four others, about what SpokAnarchy! aims to chronicle for punks of yesterday and today.

INLANDER: How did all of this begin?

SCHISLER: All of this started because of Facebook. All of a sudden everybody [from our scene] started finding each other on Facebook, and then Brook Ellingwood [a member of the scene] started a Facebook page that at the time was called “The Spokane Scene in the ’80s” … That’s how the Rapture, the reunion, happened. That Facebook page … probably started with 10 people and quickly grew to 500 or more. People were posting all these photographs and posters of shows and that was part of what sparked, like, ‘Wow there’s really something here, we should do something.’

Why turn that all into a movie?

The truth is that it started as this tiny little idea where we thought, ‘Oh, there’s going to be this great reunion … we should capture that.’ I think most of us thought we were going to make a short little piece that we’d put on YouTube. Without us really thinking about it or being conscious of it, it became difficult to keep it at that scale. After the reunion, or because of it, we realized that there was just this, sort of, amazing plethora of stories.

Was it emotionally taxing to go digging in your past like that?

What did outsiders think of what you were doing at the time?

It’s hard for me to say. I mean, on the one hand there was always that level, and we talked about it in the film — where there was definitely a reaction of anger, you know, or fear from the outside about these weird kids running around with these weird clothes and haircuts and whatever.

Does what was created during that time seem silly now, or does it still hold up?

I think it’s both, right? I mean some of it is totally silly, but in the best possible way. I was recently listening to the CD [which will be available at the show] … and there’s some songs you hear in the movie, but you can’t hear all the lyrics and the thing that struck me was how much they do hold up and also how incredibly talented these folks were. And how … they weren’t copying what was already done, they were really making something new.

The film shows some polarized views of that time — some bright and some dark. How do you think most people feel in retrospect?

What significance does it have to the audience, both in Spokane and beyond?

I think showing it in Spokane is this snapshot of these times and these folks, and it has special meaning to a lot of people in Spokane. [Overall], I think today what that represents, or what I hope, is that whether you’re young or older or whatever, it doesn’t matter where you are — you can create whatever kind of scene you want, however you want to do it.

What do you want people to walk away from the film with?

I hope going back to that do-it-yourself, DIY spirit of it all — that that persists. It started then, it’s never ended, and it can happen anywhere you want it to happen. We started the film, and [the people in it] are saying some not very flattering things, but by the end you have a lot of people talking about this amazing place and these amazing people that they met and that they still are friends with today. And so I hope that that comes through loud and clear, too.