Ready for a Close-up

An HBO series takes a deep look at Gonzaga basketball 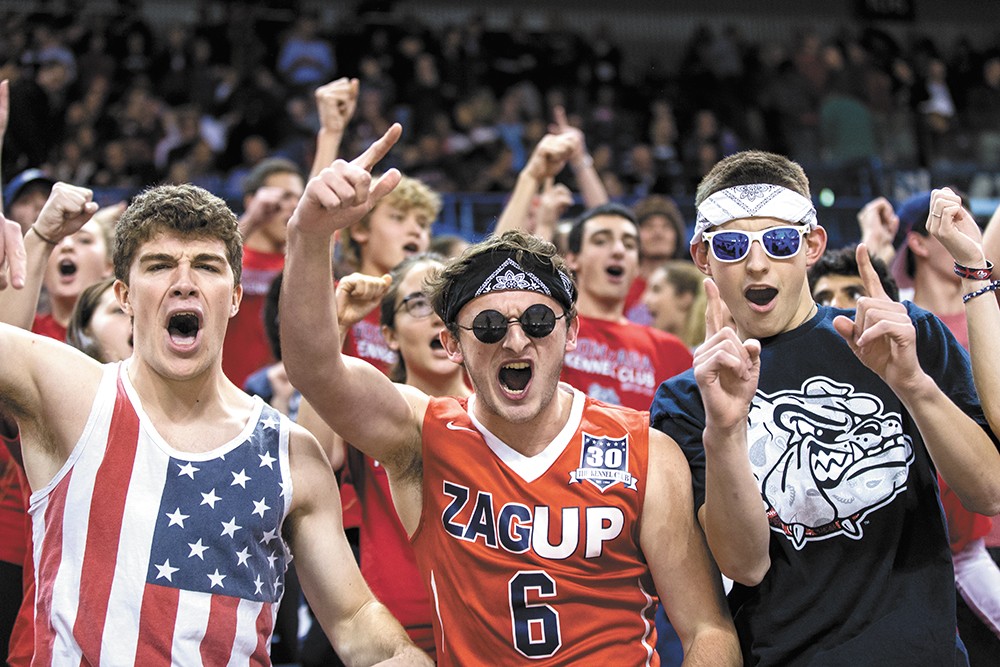 Ryan Sullivan
The culture surrounding Gonzaga basketball will be featured prominently in the new HBO docu-series about the team.

Locals can easily get a little jaded

when it comes to gauging where, exactly, Gonzaga basketball stands in the vast and varied landscape of college hoops. The Zags are a big deal in Spokane, and even though they're on national TV almost weekly, the denizens of Zag Nation often forget that the team's nearly two-decade charge through college basketball has made them a national product.

If you need a reminder of the Zags' stature, a five-part documentary series airing on HBO beginning Tuesday, Feb. 16, should do the trick. Mark Few's teams have received No. 1 rankings and a top NCAA tournament seed, but this is probably the biggest stage the program has ever been placed on. You may still be wondering — why Gonzaga?

"This project is unique in that we are going beyond the story arc of one game and telling the Bulldogs' narrative in a long-form format that hasn't really been shared with the masses. There is no better platform than HBO to do this type of storytelling," says Fred Christenson, executive producer of Gonzaga: The March to Madness; he also serves as senior director of original content for IMG, the company responsible for producing the show.

There has been some handwringing about the series within the Gonzaga fan base. It's not that Zag fans don't feel their boys are due this sort of spotlight, but rather that the documentary comes during a season with more low points than the program is used to. Christenson says the tumultuous start to the season, which included home losses to UCLA, Arizona and BYU, as well as a season-ending injury to big man Przemek Karnowski, only adds the sort of drama that even non-Gonzaga fans can buy into. It also helps that the Zags, though not without their shortcomings, still possess two high-profile, box-score-busting players in Kyle Wiltjer and Domantas Sabonis.

"So far this season, the team has had some exciting and amazing moments, like the game at the University of San Francisco in early January. The Bulldogs were down by 16 with three minutes to play and won by eight in overtime," Christenson says. "We wanted this to be an unvarnished look at the ups and downs all teams experience, and that's exactly what this series will showcase."

Perhaps most alluring about March to Madness is the fact that the cameras have been following players and coaches far beyond the boundaries of the court since the first day of practice, and will continue to do so as things unfold. That's regardless of how the team fares down the stretch in WCC play, as well as if and when they roll into the NCAA tournament.

"Since day one, Gonzaga has been all-in, giving us 100 percent access to the team," says Christenson.

In fact, he says that beginning this weekend, crews will be "embedded 24/7 with the team for the duration of the project." While media access to college athletes has become increasingly closed off, the series, which originated this fall when IMG approached Gonzaga Athletic Director Mike Roth, aims to give us more of a look at the life of these students, as well as the coaching staff. Yes, that means we may get a closer look at the notoriously camera-shy Few, too.

"Coaches, players and staff have enjoyed the process so far and look forward to the rest of the season. This is a great product that will give our fans a first-class look at our program," Few said when the project became public last month.

Christenson says that the series will be more than a linear progression through the 2015-16 Gonzaga campaign. It'll dive into the program's meteoric rise and bring to light other storylines — for example, a student on his way to a promising medical career whose love for Gonzaga hoops landed him a spot as a ball boy.

"There are so many ways into this story, whether you're a big Gonzaga fan or not," says Christenson. ♦