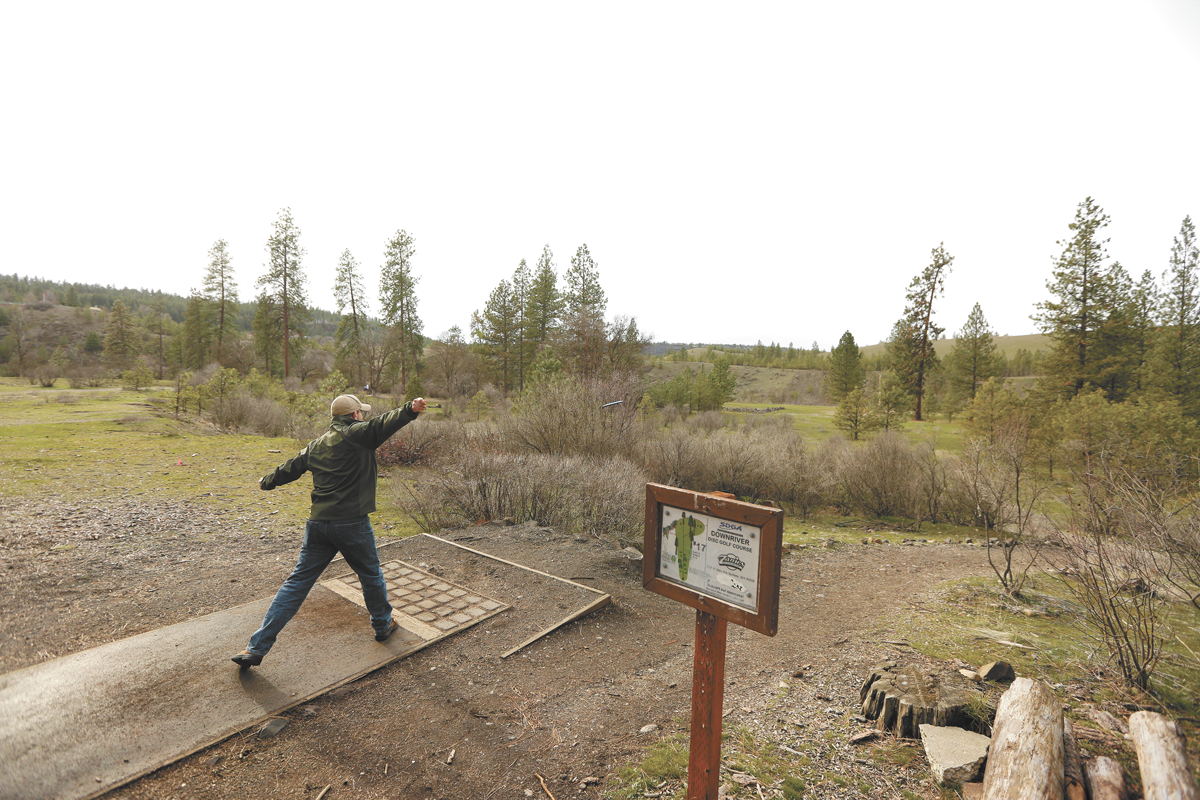 On a sweltering summer day, the shade from tall, old ponderosa pines can only provide so much relief. A swift-moving, cool body of water can do a lot more to beat the heat, though. Downriver Disc Golf Course on the northwest side of Spokane has both.

Nestled along a bend in the river just downstream of the TJ Meenach Bridge and wedged between Downriver Golf Course and Riverside State Park, disc golf at Downriver feels surprisingly close to nature even though you're just a few shanked throws away from the city.

"It seems to get significantly less foot traffic from non-players than High Bridge [Disc Golf Course]," says Spokane disc golfer Patrick O'Brien. "I also do like that you get a view of the water, even though it's claimed a couple of my discs."

The river is a beautiful sight, but it's also a giant, ever-present water trap. Soon, though, it won't be the only water trap for players to navigate. As a result of a modernization of Spokane's stormwater runoff system, Downriver is about to get a serious facelift. Twenty years after it was first laid out, the disc golf course will soon be altered and updated as water filtration ponds are installed.

How much that will change the course is yet to be determined, but it likely won't be enough to dispel any haunting rumors about the place.

"It's a challenging course with some really fun drives," says local disc golfer Dylan Worlock, "and some spooky history, if that concrete foundation really has to do with some institution."

Ask anyone who regularly plays the course and you'll hear variations on a story about what used to be there. While it's no haunted graveyard, the course's past life is certainly ghost story material. It was home to the Riverpark Convalescent Center until 1992, when the nursing facility was closed by state regulators after inadequate medical care led to multiple resident deaths. Built in 1902, the four-story structure sat abandoned for a year before burning to the ground in a suspected arson. What little remains of the facility has been integrated into the course itself.

Of the city's three 18-hole courses, Downriver falls right in the Goldilocks zone. Not as easy or crowded as High Bridge, but not as hard or demanding as Camp Sekani. It will be interesting to see what happens to Downriver after the city's renovations, but for now it's in a situation where it's just right. And being just right makes it the Best of the Inland Northwest.