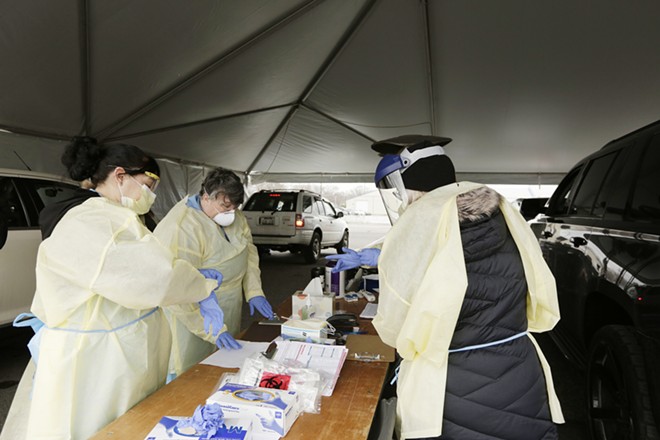 The first confirmed coronavirus infections in Europe and the United States, discovered in January, did not ignite the epidemics that followed, according to a close analysis of hundreds of viral genomes.

Instead, the outbreaks plaguing much of the West began weeks later, the study concluded. The revised timeline may clarify nagging ambiguities about the arrival of the pandemic.

For example, while President Donald Trump has frequently claimed that a ban on travelers from China prevented the epidemic from becoming much worse, the new data suggest that the virus that started Washington state’s epidemic arrived roughly two weeks after the ban was imposed on Feb. 2.

And the authors argue that the relatively late emergence of the outbreak means that more lives could have been saved by early action, such as testing and contact tracing.

The new analysis is not the last word. Scientific understanding of the coronavirus is evolving almost daily, and this type of research yields a range of possible results, not complete certainty.

Many infections in Washington state seem to have occurred earlier in February, and other models suggested that the epidemic there began before the middle of the month.

But a number of virus experts said that the new report convincingly rules out a connection between the first confirmed cases and the later outbreaks.

“This paper clearly shows this didn’t happen,” said Kristian Andersen, a computational biologist at the Scripps Research Institute in San Diego, who was not involved in the research.

Michael Worobey, an evolutionary biologist at the University of Arizona, and his colleagues posted a preliminary version of their study online on Saturday. It has not yet been published in a scientific journal.

Around the world, the new study suggests, the coronavirus arrived more than once without starting runaway outbreaks. In these cases, there was little or no transmission, and the virus simply died out.

To Worobey, the time before the pandemic took off in the United States was a lost opportunity, when testing and contact tracing could have made a big difference.

“There were weeks before the virus really got a foothold,” he said. “It does start to make those missteps seem much more consequential.”