Chris Herren comes to Hoopfest to share his struggles and redemption 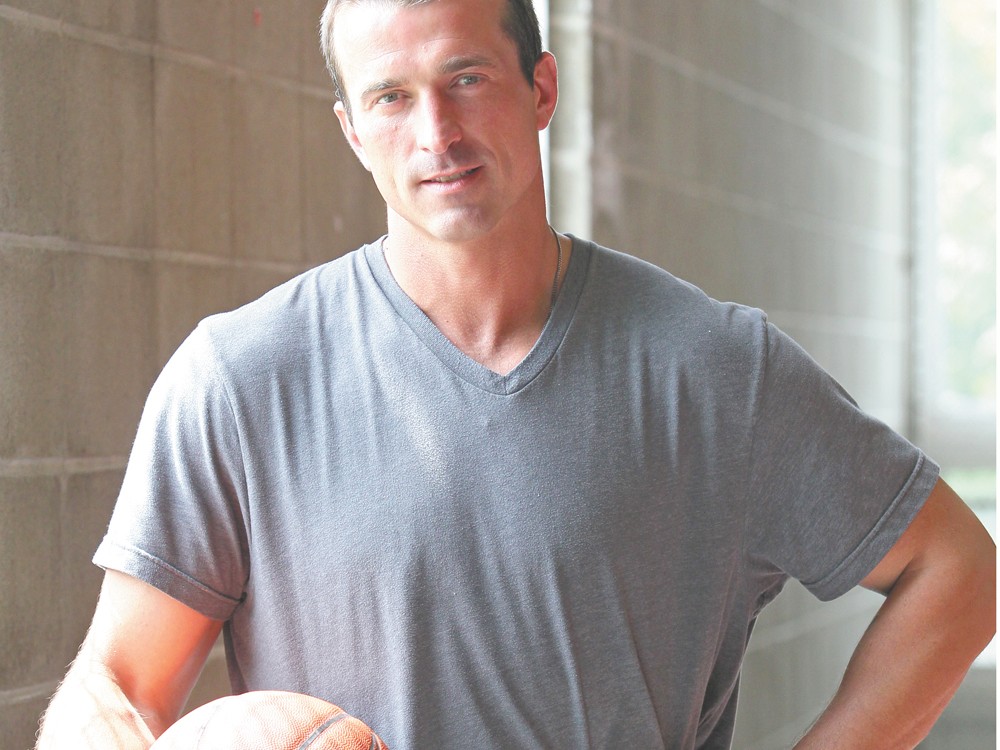 O nce one of the most promising young players in basketball, Herren, now 36, has devoted his life to helping those struggling with addiction.
weeks.

Chris Herren doesn’t know what to say when people ask him how he could just walk away from basketball, given that — at least for a time — he was one of the most promising players in the game. Clearly, they don’t quite get it. “You can’t believe I threw away that basketball career? How about, ‘I can’t believe you almost threw away your family?’” says Herren.

At 36, most former pros might try to parlay their remaining notoriety into a successful chain of car dealerships or maybe an assistant coaching job at a small college. Herren, on the other hand, is thankful to simply be alive. Heroin addiction didn’t just ruin his basketball career, it also nearly took his family, friends and his life. He’s not quiet about his past and his seemingly unlikely recovery. It’s been the subject of an autobiography and, more recently, an ESPN documentary that ran regularly on the network and gained critical acclaim from sportswriters. Now, it’s the focus of his life as he tries to prevent kids from falling victim to a similar fate and helping those already battling addiction.

Devout college basketball fans of the 1990s will remember Chris Herren firstly as a basketball player. He came out of a storied high school program in Fall River, Mass., a rough-and-tumble working-class town about 50 miles south of Boston, to earn Mc- Donald’s All-American honors. After an injury and disciplinaryproblem-plagued season at nearby Boston College, he traversed the country to take the point at Fresno State, where coaching legend Jerry Tarkanian had assembled a crew of misfit players to become one of the more exciting teams on the West Coast.

Herren was a star. Fast, flashy and, of course, white, he became a curiosity in the basketball world, racking up impressive steal and assist stats while never making too much of a splash in the scoring column. That’s not to say he couldn’t score — the guy could light it up from anywhere on the court — but he was known for his playmaking ability. With bleached, spiky hair and a wiry yet muscular physique, Herren had the appearance and swagger of a punk rocker and was quickly adored by fans. On the other hand, he was also known for the rumors about his drug and alcohol abuse.

Still, this didn’t stop the Denver Nuggets from drafting Herren in the second round of the 1999 NBA draft. He played in Denver for one season, grabbing a few minutes here and there before being traded to his hometown Boston Celtics. During this time, his addiction was spiraling out of control, but he could still take the court, even with the effects of the drug still in his system. After appearing in just 25 games with the Celtics during the 2000-2001 season, for the next five years he bounced around through pro leagues overseas, including a stint in China. All the while, he was using drugs.

Eventually, he was back in Fall River, his wife keeping him at a distance from the family as he continued to use heroin. By June of 2008, he was found unconscious in his car, which was wrapped around a telephone pole. He still had the syringe in his arm and it took doctors nearly half an hour to bring him back to life.

This is where people came to know Chris Herren as a tragic footnote, not a basketball player. The guy who dazzled fans for a few years, only to wind up a heroin junkie. But this is just the beginning of Herren’s next phase — after he completed treatment, got sober and came back to his family, he wanted to tell his story.

“I believe there is no choice but to come to terms with it when you go down that far,” says Herren over the phone after a speaking engagement at a treatment center in western Massachusetts.

His voice is rough and thick with an accent that a Northwesterner could be forgiven for assuming to be full of anger or maybe disdain. It’s not. This is just how Herren talks. He’s intensely direct.

He doesn’t joke around, and he doesn’t seem to have much, if anything, to hide.

After all, this is a guy who titled his autobiography Basketball Junkie and omitted no gritty detail about slumming on the streets for dope or nearly losing contact his kids and his wife, who had been with him since their high school days. The book was popular, but earlier this year, Herren truly came back into the spotlight when ESPN aired an hour-long documentary entitled Unguarded.

Herren had no reservations about sharing his life in the film.

“It’s a sacrifice when you put your life out there like that. For my kids, for my family, there are some secrets and they’re not good ones. But I also believe that the flip side to that is that it benefits so many people out there who are struggling,” says Herren.

Since his recovery, he has devoted his life to helping others. First, it was through Hoop Dreams, a basketball training program that incorporated off-the-court coaching in addition to basic hoops skills. These days, though, most of his time is taken up speaking at schools, basketball camps, recovery centers and community events, like his appearance on Saturday at Hoopfest, sharing his life story — both the highs and the lows.

“I started this to prevent kids from going down the same path, but also letting kids know that if they’re already going down that path, there are people out there to help them,” says Herren. “My son plays basketball, and I’ve learned that part of it is about making sure that basketball is not the ultimate goal.”

Another one of his efforts has been the formation in 2011 of the Herren Project, a nonprofit organization that helps those struggling with addiction take the initial steps toward recovery. Ultimately, the goal of the organization is to help get young addicts into recovery programs.

When he was struggling, it was one of his friends, NBA legend Chris Mullin, who helped facilitate Herren’s treatment.

“If it wasn’t for Chris Mullen, I would have never made it to treatment. I know the heath care system is a mess and they’ll give you five days to treat this,” says Herren.

With all of his wounds so visible to the public, it’s somewhat of a surprise that people still want to know if he misses playing basketball.