After a career in the shadows, Sam Dower is ready to lead Gonzaga 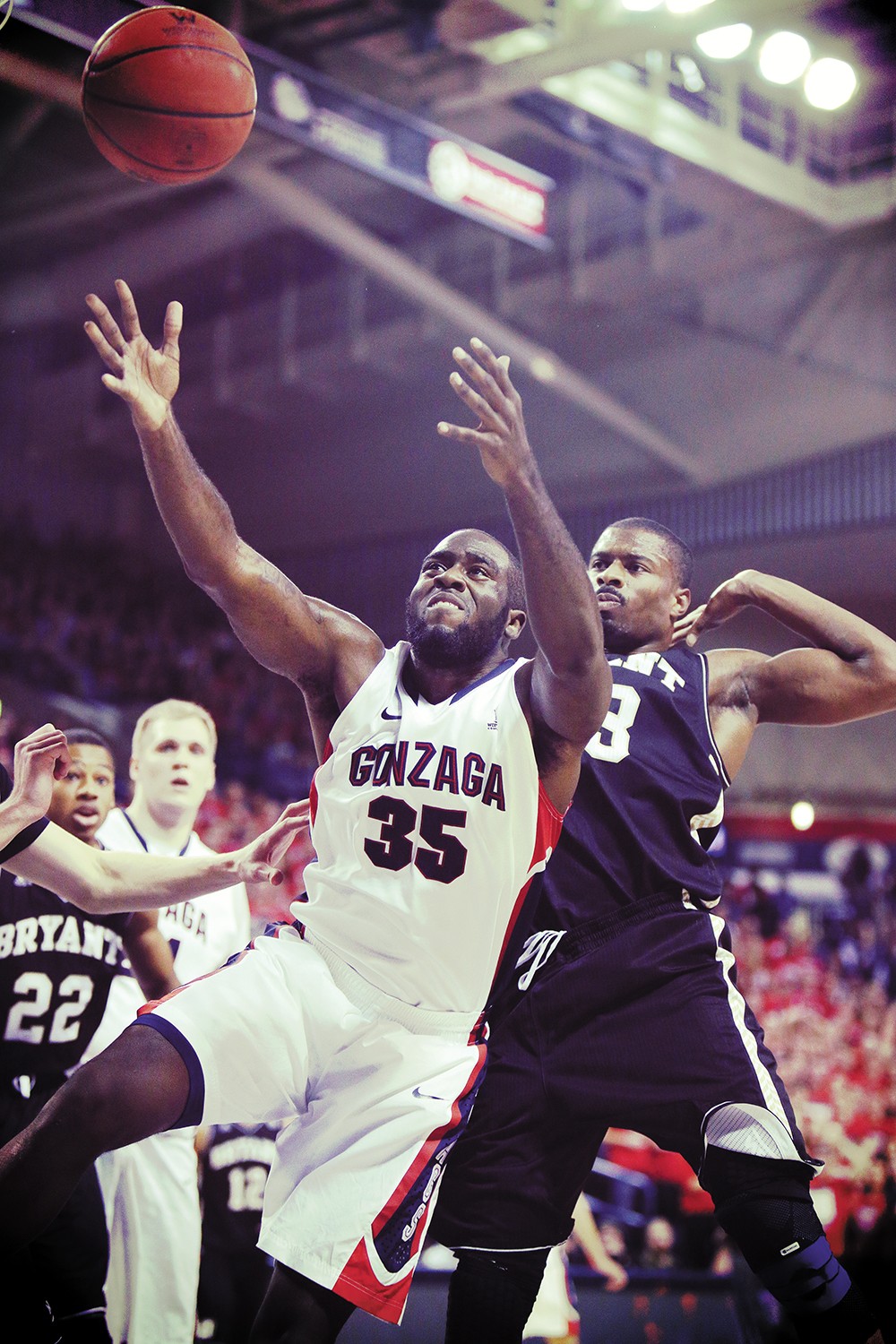 Sam Dower Jr. knows he has huge shoes to fill. Literally and figuratively.

Dower does not deny that the biggest challenge facing him and his teammates this season is replacing... Mike Hart. Former walk-on Mike Hart. Two-points-per-game Mike Hart.

"I feel that's going to be the biggest thing we're going to miss, is Mike Hart," Dower says. "A guy that comes in and just gives his heart and soul every night, brings that effort and energy to the team that really picks us up."

Dower filled in quite nicely for Olynyk and Hart in Gonzaga's season opener last Saturday. The 6-foot-9, 255-pound Dower played forward and center in the same dominant fashion as Olynyk and displayed Hart's tremendous energy, leading the Bulldogs with 21 points and a career-high 17 rebounds in a 100-76 rout of Bryant University.

"Sam was spectacular," Gonzaga coach Mark Few said. "He was flying to the rim, getting rebounds in traffic and outside his area. It was the best I've ever seen him rebound."

Few also praised Dower for his shutdown defense on Bryant star Alex Francis. Defense and rebounding have been problem areas for Dower, but the fifth-year senior (he redshirted as a freshman) appears ready to blossom as a first-year starter after playing behind current NBA players Robert Sacre, Elias Harris and Olynyk.

"It's my last year," Dower says. "It's my turn to be leader of this team rather than in the past, where I was more of a follower."

Dower, who made all seven of his previous college starts last season, has always been gifted offensively. Despite playing just 16 minutes per game last season (seventh on the team), Dower ranked fifth with 6.9 points and was fourth in field-goal shooting percentage at 55.8.

"I feel like he's been able to do this his whole time here," Bell says.

"I'm coming in getting more confident," Dower says. "There's more of a sense of urgency as well."

Dower certainly is making his father proud. At his dad's request, he asked that Jr. be added to his name for media purposes this season.

"He put the basketball in my hands," Dower recalls. "I remember he said, 'Whenever you can beat me, you're going to be good.' I didn't beat him until my senior year in high school, or junior year."

Dower, from Brooklyn Park, Minn., did not make his high school varsity team until midway through his sophomore season. Two years later, he turned down Marquette, Minnesota and Iowa to come to Gonzaga after averaging 23.9 points and 11.5 rebounds as a senior at Osseo High in the Minneapolis suburbs.

Dower may be on the verge of a similar breakthrough senior year. The personable young man is enrolled in graduate school after earning a degree in public relations last spring, but plans to pursue a pro basketball career before putting his degree to use.

Before heading to the pros, Dower wants to follow the lead of Olynyk, his close friend and former roommate, and help the Zags earn a No. 1 national ranking for the second straight year.

"We're still as confident and hungry as we were last year," Dower says. "We're trying to get to that No. 1 spot again." ♦