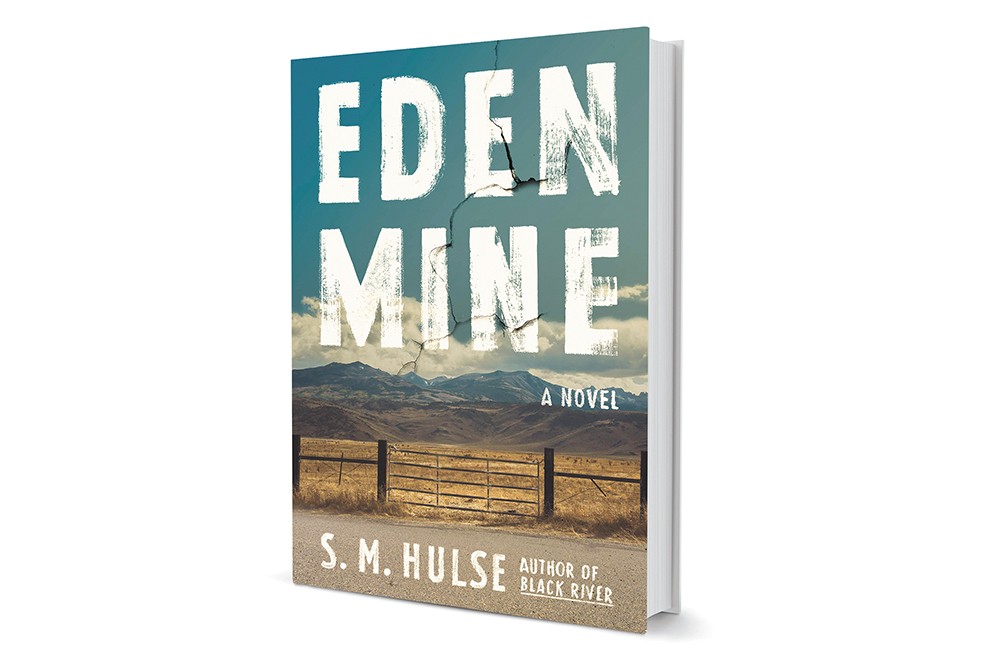 Eden Mine, by S.M. Hulse, is a compelling story for our time and our place. An act of terrorism shocks a small, former mining town in northwestern Montana. The perpetrator flees, but a surveillance camera identifies him as a local resident, Samuel Faber. The bomb was placed at the courthouse and severely injures a 9-year-old girl when the blast sends glass flying into the storefront church across the street. What follows is both a page turner about the search for Samuel and a character study of Jo, his sister, and first-person narrator of the story. Jo is soon visited by the sheriff, a longtime friend of the Faber family, and, later, by an FBI agent.

More than a dozen pages into the story the reader learns that Jo is a paraplegic confined to a wheelchair. The FBI agent has come to talk to her and finds her in the barn dismounting from her beloved mule, Lockjaw, using a bar to swing off the mule and into her chair, then rolling up the zigzag ramp Samuel has built for her.

Jo is in her early 20s; Samuel is seven years older. They have lived on their own for nearly a decade, since their mother was murdered in the home by a violent boyfriend. Jo was injured in the shooting, a spinal injury, and she hasn't walked since. Their father had died in the Eden Mine collapse when Jo was just 1 year old.

Those details unfold gradually as the tension around Samuel's disappearance and the mystery of his motives stymie law enforcement officials, who turn to Jo to learn more about Samuel. As narrator, she moves the story forward even though she has little to tell them about her brother. The FBI has learned what she already knew — that Samuel dabbled in a variety of far-right groups and voiced hateful opinions that she did not share. As the story begins, Jo is packing up for a move. The state has declared eminent domain and soon will remove their house for a new highway. Is that Samuel's motive for the bombing?

Hulse, formerly of Spokane, changes the trajectory of the novel, turning from the backstory and the ongoing search to focus on Jo. One small, delicious scene has Jo noticing the FBI agent's shiny clean cowboy boots — Justins, she says — assuming they are meant to build trust with the rural folks. The FBI agent corrects her: "They're Luchese, actually."

Mostly, however, Jo is cautious as she absorbs the magnitude of her circumstances and growing concern for her brother, who has taken care of her since their mother's death, even disappearing with her for several weeks to prevent child welfare officials from placing Jo in foster care. Where did they go? That question will loom large later in the story.

Here the story slows down. Jo becomes more than a worried young woman in a wheelchair. Hulse has cast her not only as strong and independent, but also an amateur artist whose landscape paintings occasionally sell to tourists. Now, her art takes on greater meaning as she faces an unknown future. The world around her looks different and she is inspired to blend paints with soil and grit from the land, creating work that is darker, shadowy.

In an odd narrative twist, Jo develops a friendship with the pastor of the church that was damaged in the bombing. Issues of faith and belief — does God exist? — are explored as their friendship grows and the story turns to a suspense-filled and ultimately satisfying finale.

In Eden Mine, Hulse has created an unusual and compelling lead character, a strong young woman who is faithful to the brother she loves even as she knows he has committed a terrible crime. The story ends, but Jo Faber will linger with readers, along with mysteries of love, truth, faith and friendship. ♦