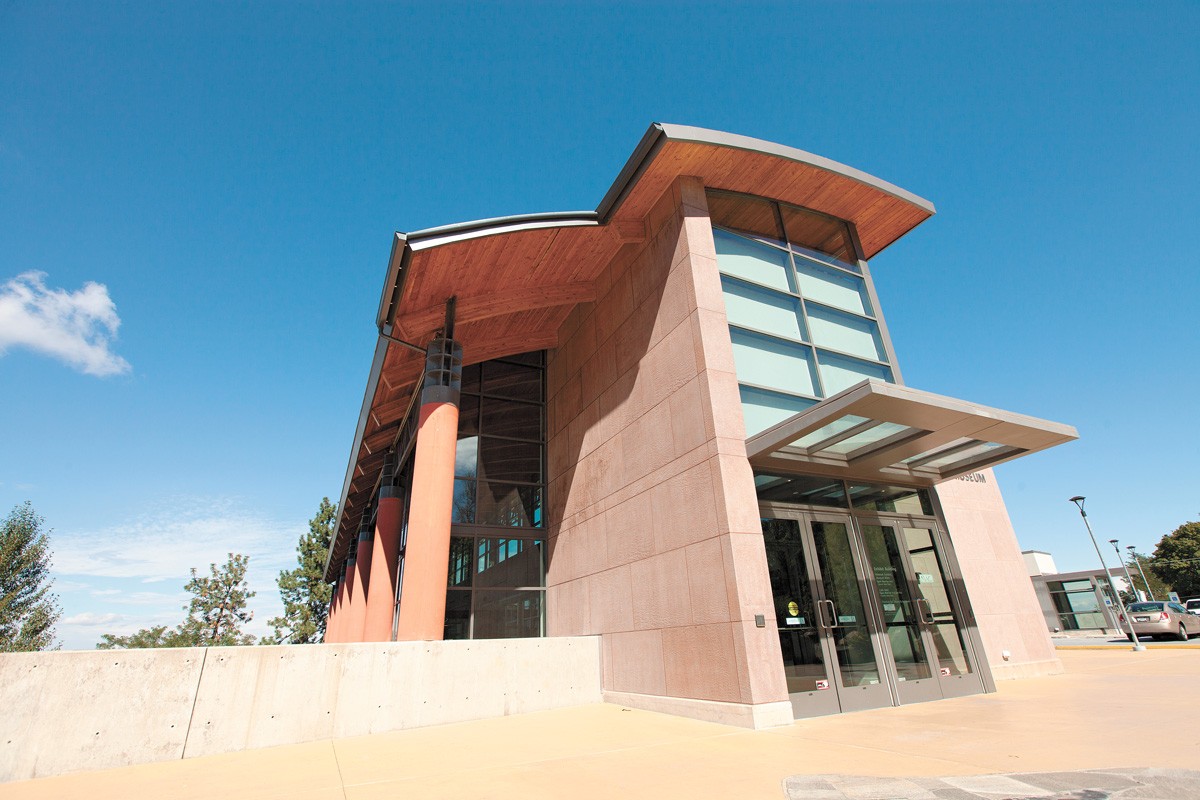 Young Kwak photo
The outdoor art at the MAC can be part of your Bloomsday.

Friday kicks off Bloomsday 2021, once again happening virtually due to COVID-19. Last year's online version of Spokane's favorite road race proved remarkably popular, as tens of thousands of racers participated around the globe.

This year, racers will knock out the 12-kilometer (7.46-mile) route of their choosing between April 30 and May 9 and submit their times to the Bloomsday folks. They'll even get the traditional finisher's T-shirt, just like they do when they race on the streets of Spokane. You can register to run this year's Bloomsday right up until May 9, online at bloomsdayrun.org.

We mapped out potential routes for local runners who still haven't decided where they want to pound the pavement. They're for the more leisurely Bloomie, willing to stop and smell the roses (among other things) as they run. They won't all get you to the finish line in record time, but they're all roughly 12 kilometers, and all showcase some of the best the city has to offer.

ART ON THE MOVE

For this alt-Bloomsday route, take in Spokane's multitude of outdoor art installations, from bronze sculptures to interactive pieces to colorful murals, and make sure to take lots of photos to share on the 'Gram.


Start: Bronzo the Brave (818 W. Riverside Ave.)
This fierce little bronze lion cub is located where the front pack of Bloomsday runners line up for the official course on Riverside Avenue. Bronzo can be easy to miss on race day, but with fewer people crowding around, you'll easily spot him in an alcove to the right of the Lincoln Building entrance. As a bonus, there's also a pair of nature-themed Harold Balazs enamels next to the little lion.

Stop 1: Northwest Museum of Arts & Culture (2316 W. First Ave.)
As you wrap your first mile along Bloomsday's official course down Riverside, make a pit stop at the MAC's loads of public art around its campus. Heck, if you need a longer break, consider reserving tickets to catch your breath while checking out its current exhibits inside. Outside the main entrance, see if you can spot all the mischievous animals in Tom Otterness' "Return of the Four Leggeds" installation.

Stop 2: Papillon Building (908 N. Howard St.)
After meandering down toward the river and through Kendall Yards along the Centennial Trail, you'll soon find yourself back downtown. You're about halfway done now, and it's time for a pitstop at the colorful new Ben Joyce mural just north of the river. Unfortunately, the Expo '74 butterfly sculpture isn't back up yet after January's windstorm, so that'll have to wait for selfies another day.

Finish: Red Wagon (Riverfront Park)
Follow the Centennial Trail's north arm to Gonzaga's campus and around the baseball complex before heading west again along the south bank of the river toward downtown and Riverfront Park. Finish up your DIY Bloomsday art tour at one of the city's most iconic pieces of public art: Ken Spiering's red Radio Flyer wagon slide, officially titled "The Childhood Express," in the heart of Riverfront. (CHEY SCOTT) 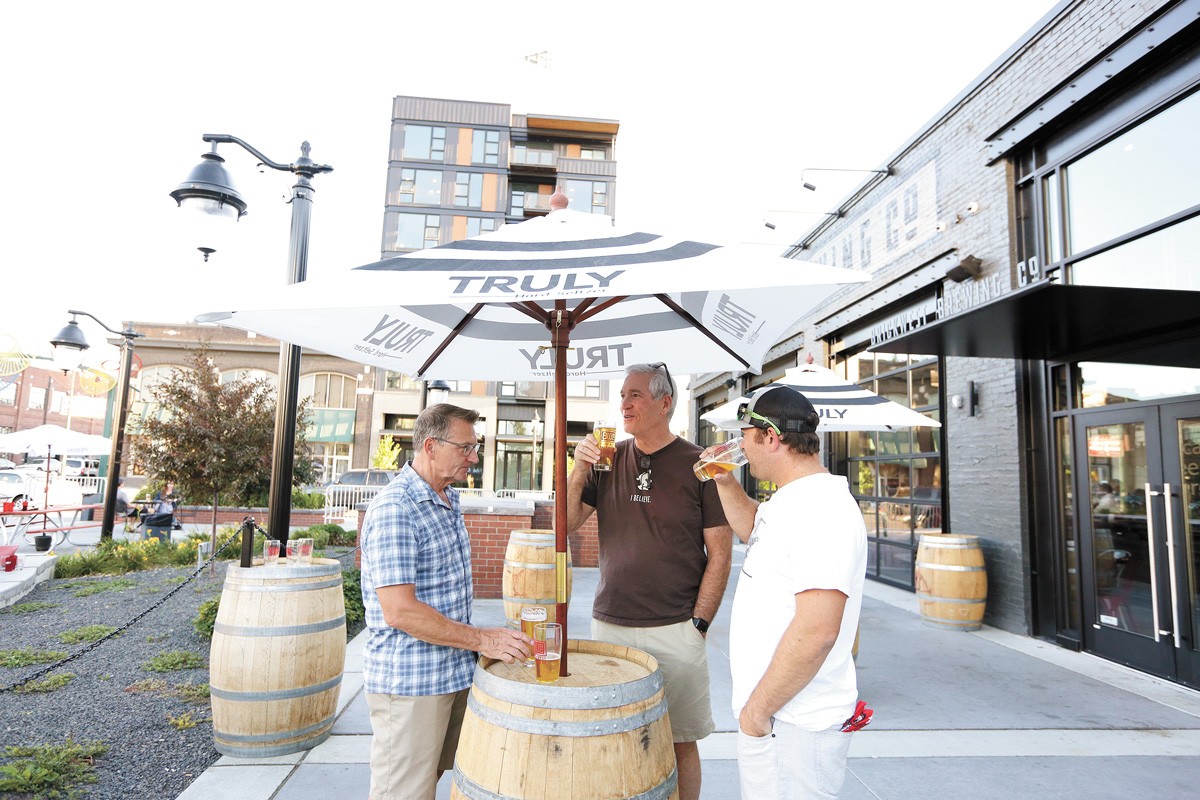 Beer and exercise might go more hand-in-hand than you initially think. The liquid gold made headlines in 2018 as the go-to recovery drink for German Olympians. Their version may have been non-alcoholic, but it still seems like enough of an excuse to make an ideal virtual Bloomsday course centered on a few Spokane breweries.

Start: River City Brewing (121 S. Cedar St.)
River City Brewing is located right off the traditional Bloomsday course. The small taproom nestled inside is the perfect place to start your beer adventure. Keep in mind: River City is only open Thursday through Saturday. If you're looking to complete Bloomsday on a different day of the week, consider walking to Whistle Punk Brewing or any of the plethora of downtown breweries.

Stop 1: The Hidden Mother Brewery (1303 N. Washington St.)
Before the first stop, you're going to go a bit out of your way to get a taste of the real Bloomsday experience. Head west on Riverside through Browne's Addition — passing the MAC and ending up at People's Park. Cross the pedestrian bridge and make your way east on the Centennial Trail. Once you pass under the Monroe Street Bridge, find your way up north toward Hidden Mother Brewery. You're now 3.8 miles into your "race" and ready for another pint. Get a pour of the well-acclaimed Pine Tree Saison or another one of their unique ales.

Stop 2: No-Li Brewhouse (1003 E. Trent Ave.)
The longest bit is over, and now you're going a measly 1.5 miles to No-Li Brewhouse. The easiest way to do this is to cross Division and Ruby Streets and take a shortcut through Gonzaga University — it's a beautiful time of year to do so. Once at No-Li, get a seat on their riverside beer garden.

Finish: Brick West Brewing Co. (1318 W. 1st Ave.)
To close out the 7.5 mile loop, you're going back to the starting line. Walk west through the Gonzaga campus and get on the Centennial Trail again. Follow the trail to downtown and close out the day on Brick West Brewing's huge urban patio. We recommend grabbing one of their refreshing lagers, but maybe you'll want to finish with something a bit heavier — you've earned it. (DEREK HARRISON) 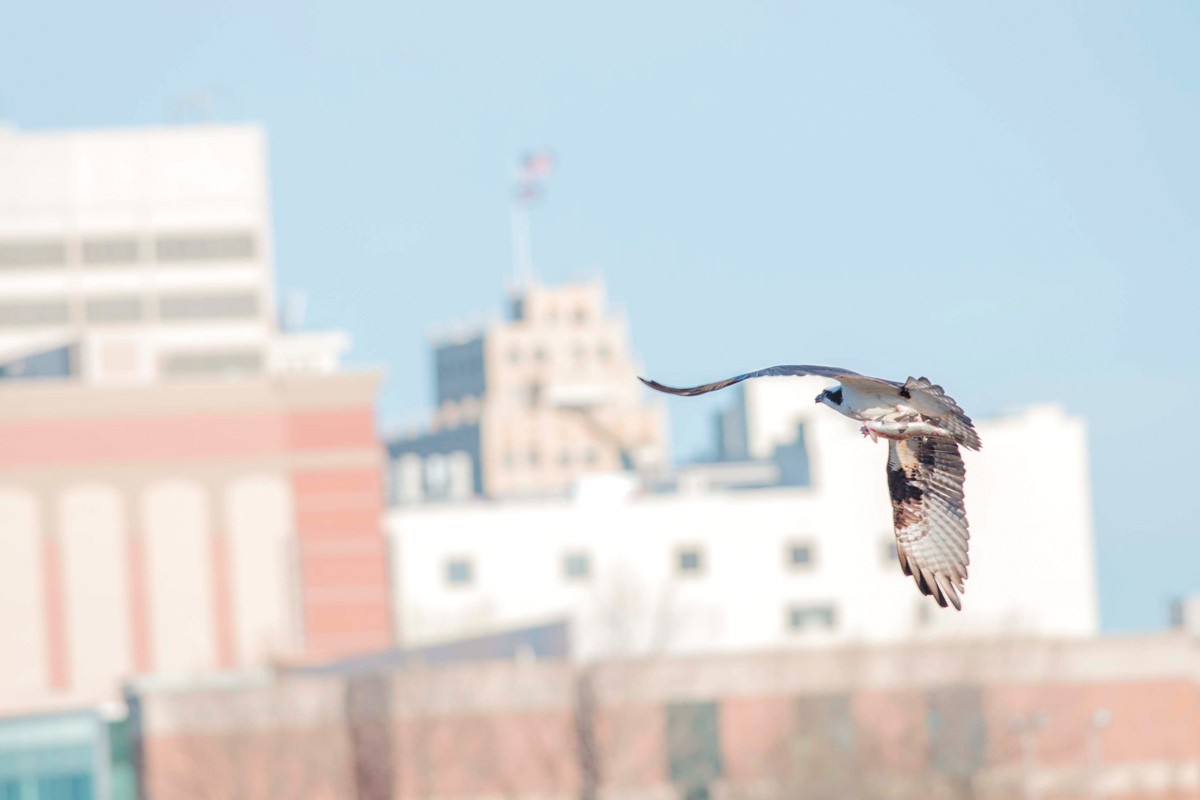 Scripture says those imbued with divine strength will "mount up with wings as eagles" and "shall run and not be weary." If you're running Bloomsday, good luck with the second part. But either way, you can look to the birds of the air and the beasts of the field to inspire you. This route almost follows the Bloomsday route in reverse, with a few modifications to maximize your wildlife-spotting potential.


Start: The Nest (1335 W Summit Pkwy.)
Start in Kendall Yards, at the site of a literal nest, where you'll probably see a majestic osprey or two watching you warily. Better yet, dip down to the overlook just below the Centennial Trail a few meters away, and you might see one of the raptors soar up directly in front of your face, an unlucky Spokane River fish clutched between its talons.

Stop 1: 2201 N. Government Way
Follow the Centennial Trail to Doomsday Hill, run downhill and cross the T.J. Meenach Bridge; then, instead of sticking to the Bloomsday route, head under the bridge and link up with the Centennial Trail again on the west side of the river. Climb up until you exit on the military trailhead, turn left, and continue on Government Way. Right before you get to the Spokane Falls Montessori School, at about 5.3 miles, you'll see a big open field. Don't step on the field itself (it's private property), but it's a great spot to see hordes of turkeys, groups of mule deer, and the occasional red-tailed hawk.

Stop 2: Palisades Christian Academy (1115 Government Way)
During warmer months, the marsh next to Palisades Christian Academy, just two-thirds of a mile past your previous stop, will have a fleet of red-winged blackbirds flitting about. Across the street, in the Life Center parking lot, you'll see a bunch of killdeer running about. They're not as deadly as they sound.

Finish: People's Park (114 S A St.)
Continue on Government Way, until you hit Riverside. Run down Riverside until you hit People's Park. Duck under the Riverside Bridge and you'll not only find some pretty awesome graffiti art, but dozens of prime examples of Spokane's most beloved creature: the marmot. You'll also see geese, ducks, and if you're lucky, maybe even a beaver gliding through the water. (DANIEL WALTERS)

DOUBLE SCOOP ON THE GO

Some might argue ingesting ice cream several times during a timed race isn't the best idea, to which I respond: Uh-huh! Especially the leisurely, sugar-y virtual Bloomsday I have in mind. Averaging a scoop every couple miles seems not only doable, but desirable if the weather is hot.


Start: Mary Lou's Milk Bottle (802 W. Garland Ave)
This classic Garland District shop not only makes its own ice cream, but features a full array of sundaes, shakes, banana splits and ice cream sodas. Get yourself a Bozo The Clown sundae and enjoy the downhill leg to your next stop.

Stop 1: Doyle's Ice Cream Parlor (2229 W. Boone Ave)
Another Spokane classic located 2.8 miles from Mary Lou's, they're planning to open for the season May 1. Its West Central location will lead you to folks doing the traditional Bloomsday route for their run. Munch down a house specialty like Butter Brickle, just one of the housemade ice creams, and hit the road.

Stop 2: The Scoop Kendall Yards (1238 W. Summit Pkwy)
Just a short 1.1 miles toward downtown Spokane from Doyle's. A pretty easy leg, right? The nearby Centennial Trail is loved by runners and walkers alike. You have a long push to your finish, so you might want to carbo load with a bubble waffle covered in your favorite flavor.

Finish: miFLAVOUR Modern French Bakery (3403 E. Sprague)
The final push is a 3.6-mile trip east down Sprague to miFLAVOUR to celebrate your Bloomsday finish with some of their Volonti gelato. There are sandwiches, salads and quiche available, too, but I think some Chocolate Dirt or Sicilian Pistachio is in order. After all, you just finished Bloomsday! (DAN NAILEN) ♦

The original print version of this article was headlined "Build Your Own Bloomsday?"