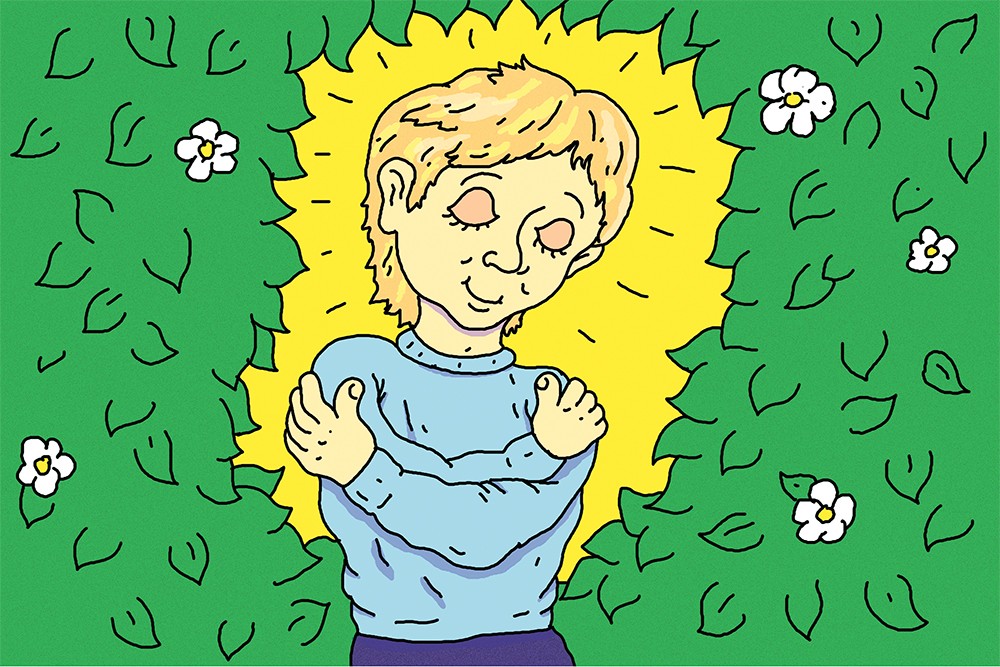 During the first few months of the year, despite the snow, cold, and dark, I suspect there are quite a few of you holding on to some light in the form of a New Year's resolution. In the newness of the year there isn't time for backsliding or a complete disavowal of your revolutionary diet, exercise routine, commitment to see more live music, or to be a more patient parent. Perhaps you promised yourself more "self-care," which is great! If you know how to define that term.

I've been thinking a lot about self-care lately. In part, because it is a song I love from an album I play constantly, Mac Miller's Swimming, released just after he died of an accidental fentanyl overdose. I love the song because it is both a sincere plea to self to take care while also self-consciously parroting the hollowness of the term as we may encounter it in contemporary society. Often "self-care" arrives as a commercial, the idea that caring for self involves buying a product or doing an activity that costs some amount of money.

Even when the activities veer toward the cheap or free — a walk in the park, community yoga class, or a phone call with a best friend — there is often attached a sense of productivity to the term "self-care." Getting fit. Keeping in touch. But self-care, I think, does not necessarily mean finding oneself in action. Or put another way, people have a tendency to skip over the "self" in self-care and go directly to the fun action verb "care."

Two years ago I suffered what amounted to a monthslong bout of existential depression. I stopped cooking food for myself. If you knew me and my history with cooking, you would know that this was a grave indication that something was fundamentally wrong in my life. I grew up around amazing home cooks — and started reading recipes and making food at the age of 7. I spent almost 10 years in the food service industry because I was obsessed with learning about and explaining cuisine to others. So when my "self" escaped my body in the form of a deep, lingering blue period, I realized I no longer cared whether I ate because I had no "self" to feed.

I am lucky because I had the resources and family support around me to find stable ground again, but I will never forget what that sensation was like to lose my sense of self to the ether. In that moment, a bubble bath, a burger from my favorite restaurant, or a walk in the park was not going to help me find stasis again.

Chief among my remedies to reclaiming my sense of self was to figure out what was causing me to despair in the first place. Perhaps you too feel a gnawing, floating anxiety that can't seem to attach itself to anything concrete, and are hopeful that the "care" in self-care will alleviate the stress. Or maybe you're feeling absolutely, super-duper fine at present moment and the previous paragraphs need not apply. Personally, I think it is nearly impossible to read the daily news — wildfires in Australia, the rise of global fascism in political spheres, coronavirus outbreaks — and not feel some level of existential angst and worry about the future. A day at the spa or a yoga class isn't going to fix the issue if your "self" is deeply worried about whether or not it will survive the next iteration of life on planet Earth.

Ultimately, I realized I needed to listen to what my worried self had to say — and when it said its piece, I found the motivation to cook and eat and carry on like a human being again. So, if you have resolved to be more active, or practice better "self-care," I applaud the effort. I do recommend that while you are taking that bubble bath or going on that walk that you are spending some time listening to that which your self genuinely cares. ♦

The original print version of this article was headlined "Self-Care"

Aileen Keown Vaux is an essayist and poet whose chapbook Consolation Prize was published by Scablands Books in 2018.
More