No matter how many good deeds you deliver, if you sound anything like government in Idaho, you may land on the hot seat

Matching a name with a mission is not always easy.

Or cheap. And it may require a stretch of the imagination.

Consider the problem that Coeur d'Alene's urban renewal agency has faced. The Lake City Development Corporation (LCDC) is and has been since 1997 "an independent, public redevelopment agency serving the city of Coeur d'Alene, Idaho." 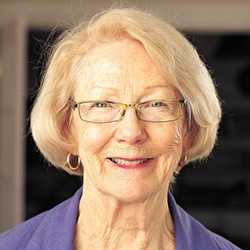 Over the years, the LCDC board has invested in Coeur d'Alene's new city library, the Kroc community fitness center and concert hall, the 22.5-acre McEuen Park, the development of Riverstone, the higher education campus shared by North Idaho College, the University of Idaho and Lewis-Clark State College, and Midtown and Downtown revitalization along with many more projects.

In the 18 years of its existence, the board of LCDC, now called "ignite cda," has invested $43 million in key projects. The total value created is now estimated at $573 million. The agency claims a total of 1,400 new jobs have been added to the economy through their projects.

To the dismay of the LCDC Board

, a recent survey revealed that a majority of the folks in Coeur d' Alene do not recognize the old name, Lake City Development Corporation, or connect that name with the results of their labor.

The same survey showed that while the folks on the street love these public improvements, they don't make the connection between the agency and its good works. When questioned further, they suggest they have grave doubts about the organization, LCDC, that is responsible for funding these welcome additions to their daily lives.

Now these LCDC board members are not your everyday volunteers. Each has been chosen because of his or her extraordinary involvement in community projects or due to some particular knowledge of business or real estate or politics or the law. In fact, they are a hearty band of civic leaders.

So they were forced to ponder: What to do? What to do? When in doubt, change the subject. Better yet, change the name! With the help of outside advisers, the LCDC board decided to rebrand. The new brand, ignite cda, is printed in lower case. That means it doesn't stand out and grab your eye; instead, it tends to recede into the background — unless it's printed in a larger font.

But the complete new logo, which pictures a bright red heart in the center of a flame, casts a fresh touch. For one thing, the heart in a flame is quite appropriate for Coeur d'Alene, which calls itself the city with a heart. That easily recognizable logo will soon appear at the site of each of the projects that ignite cda, formerly LCDC, has supported.

I have been persuaded that the new name and new logo are wise moves, meant to bring the 40,000-plus members of the Coeur d'Alene community into the learning circle. That intentionally appealing logo will make it much easier for the public to connect the finished project with the funding organization. Community building should be a major byproduct of revitalizing a city.

After all, LCDC, the shorthand for the old, soon-to-be-forgotten name is simply Elsee-Deecy, a meaningless acronym, which can be tossed in the wastebasket with few regrets.

The new flame-with-a-heart logo was launched in June of this year. This was perhaps unfortunate timing during our hotter-than-Hades summer, when wildfires were in the news and in everyone's fears. Some folks have simply asked "Why ignite?" My guess is "ignite" is in tune with a current trend to plug action verbs into new logos. I've observed the words "incite," "embellish" and "enthrall" used in very similar ways. Added to a heart in a flame, that verb should add life to the page. Or a chuckle.

, who held a public forum to hear recommendations for improving Idaho's urban renewal laws on Sept. 17, has criticized the expenditure of $50,000 to the consultant who helped develop the new branding strategy. I mentioned earlier that it's not cheap to clear a group's vision. The process involves hours and hours of professional time. But consider the value of the volunteer time this top-of-the-town board brings to the table, which probably adds up to thousands of dollars an hour.

And how does the logo fit with the mission? "Igniting a community" to support healthier neighborhoods; new, higher-paying jobs; attractive, open public spaces; affordable housing. Sounds like positive enlightenment to me.

Why are folks leery of urban renewal? Perhaps any government-related activity is in a shadow in this present political climate. Memories may still linger of the use of eminent-domain power, even though it is virtually nonexistent in modern-day practice. Perhaps people don't like what they cannot understand. And tax-increment financing, used by all urban renewal groups, is simply hard to understand.

On that note, I'll leave this lighter aspect of the urban renewal issue. With good weather and if the creek don't rise, next month I'll have more to say about the myths, untruths and needed changes to the urban renewal picture in Idaho. ♦