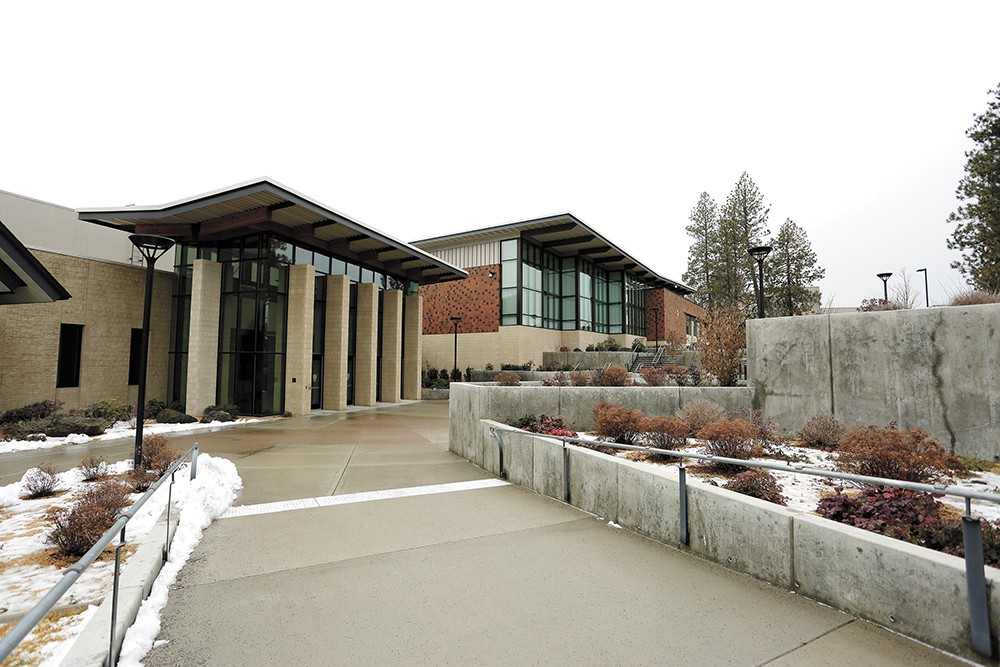 Young Kwak
A fight at Ferris High sent the school into lockdown in January.

If Spokane Public Schools officials Googled "Shawn Audie" before hiring him as a resource officer, they would have found that the former sheriff's deputy once used a chokehold that caused a man named William Berger to lose consciousness and die.

But Spokane Public Schools didn't know Audie retired from the Sheriff's Office in lieu of being fired, or that he had been sued three times prior to that.

Instead, the district learned about it last week when the Inlander published a story uncovering the string of controversial incidents that Audie faced as a deputy before September 2018, when he was hired to be a school resource officer at Ferris High School. As a result of the report, Spokane Public Schools put Audie on paid leave as the district tries to understand all that it missed.

Within months of being hired as a resource officer at Ferris, Audie has found himself in the center of another controversy involving an alleged violent arrest at that school. Witnesses thought he was too violent when restraining a black teenager last month, but the school district has so far cleared him of wrongdoing. Audie could not be reached for comment.

The incident — which ended with three staff members going to the hospital and three students in handcuffs — has become a rallying cry for members of the community who feel it's indicative of the disparate treatment against students of color, as suspension and arrest rates have disproportionately impacted black students in recent years. Some students walked out of school in protest of how their classmate was treated. And now community members are demanding to know why Audie was hired in the first place.

"The community is not happy and this has to stop. This is part of our battle with the Spokane Public Schools district. It goes on and on," says Morning Star Baptist Church Pastor Walter Kendricks. "And this one right here, this is it. This is the line in the sand."

The first lawsuit against Audie stemmed from an incident in 2008. According to the lawsuit, Audie responded to a domestic violence call where he found Richard Howley, an elderly disabled Army veteran who has since passed away, and Howley's son.

Audie ordered Howley's son to lay on the ground, according to the lawsuit. When Howley's dog came up to sniff Audie, according to the suit, Audie "struck the dog two quick blows with his police baton." As Howley, unarmed and dressed in a bathrobe, tried to retrieve the injured dog, he passed by Audie on the porch. Audie struck Howley with the baton, sending Howley down the stairs of the porch. Audie then "struck [Howley] in the back and placed his booted foot and his weight onto [his] back," according to the suit. Howley received a dozen stitches after the incident.

Jeffry Finer, the attorney for the alleged victim, says it left him concerned that Audie would cause further harm as a deputy.

"I said to his lawyer that I thought he was a danger," Finer says. "I said he's a cowboy and he's going to kill somebody."

A second lawsuit against Audie involved another domestic violence call, this one in December of 2011. According to a lawsuit, Audie and another deputy "burst into" a home of a couple and "immediately began assaulting" a man named Race Jones.

"The assault was brutal and violent and unprovoked in any way," the lawsuit reads. "Mr. Jones was not able to defend himself against the brute force of these officers, with defendant Audie particularly violent and out of control."

The lawsuit, which accused Audie of unconstitutional use of excessive force, was eventually dismissed.

In June 2013, Audie and another deputy, Steve Paynter, responded to a call of a disorderly man in Oz Fitness on the South Hill. The man, William Berger, was frightening other people at the gym, and when deputies arrived he was swinging at passing cars. His father later described it as a manic episode for Berger, who was dealing with mental health issues.

The deputies used a Taser on Berger, but Berger reportedly then tried to use a Taser against the deputies. In a further attempt to control him, Audie put Berger in a chokehold. Berger stopped breathing and he died at the hospital.

Audie was cleared of any criminal wrongdoing, and jurors ruled the deputies did not use excessive force during the arrest. But the jurors wrote a note to the judge that stated, "While the jury exonerate Deputy Audie and Deputy Paynter from the charge of using excessive force during William Berger's arrest, we have reservations regarding the actions of Deputy Audie on June 6, 2013."

Audie remained a deputy until summer of 2018, when he retired in lieu of termination as the result of an internal investigation. According to the investigation documents obtained by the Inlander via public records request, Audie was accused of using excessive force during an arrest of a man during a traffic stop. Audie allegedly choked the suspect around the neck, dug his knee into his spine while the man lay face down on the ground and then kicked him. Audie was also accused of making false or misleading statements about the incident during the internal investigation.

The Sheriff's Office sustained the allegations against Audie in September 2018. It wasn't just that Audie used excessive force, but investigators found Audie also made false or misleading statements to a supervisor regarding what took place.

Spokane Public Schools never called Sheriff Knezovich to check his background. At the time, Mark Sterk, formerly Spokane County sheriff, was serving as director of safety and security for the school district before he retired in the fall. Coddington, the district spokesman, says a supervisor for the Sheriff's Office other than Knezovich said "favorable" things about Audie during the hiring process.

Kevin Morrison, who is serving in Sterk's old job in an interim role, says the district may make changes to the hiring process in the future.

Despite Audie's past, Morrison maintains that Audie did not use excessive force during a fight last month at Ferris.

"I have no reason to believe that there was an unreasonable use of any kind of force on any individual," Morrison says. "It's easy to Monday morning quarterback these situations ... You have to look at the totality of the incident and the evidence of the incident."

The details of what exactly happened during the fight that sent Ferris High School into lockdown on Jan. 24 remain murky.

It started as a confrontation between students, Morrison says. When a staff member attempted to intervene, the staffer was assaulted by a student, he says. That prompted Audie to then step in, at which point he attempted to restrain that student.

Photos taken by students show Audie pressing his shin into the student's neck as the teen lay sprawled face down on the ground. An 8-second video shows Audie attempting to restrain the unwilling student, who appears to be flipping Audie off while pinned on his back. At some point during the restraint, Morrison says, other students got involved and escalated the situation. No weapons were involved.

But student Tayona Allen, who says she witnessed the fight, paints a slightly different picture. Yes, two students originally were in an altercation. But she disputes that any staff member was assaulted before Audie took down the teenager. In a Facebook post, Allen says when the student couldn't breathe, other students tried to pull the officer off of him.

Rosey Thurman, an attorney at Team Child, a child and parent advocacy group, says from the photos and video that she's seen, the use of force used by Audie went too far.

"I can't see anything that justifies the use of force I've seen in the videos so far," Thurman says. "It just looks really concerning. I just can't believe this is OK."

According to district policy, any use of force must be based on "reasonability of actual event and circumstances," Morrison says. Resource officers undergo 80 hours of training that includes de-escalation techniques. No specific maneuvers to control students are banned under the policy, but officers rely on state law to guide them.

Kendricks, the Baptist pastor, says he and others in the community are still looking for answers.

"The school district has set themselves up now for so many other questions that have to be answered," Kendricks says. "There's a very large segment of the community that is outraged, first of all that this incident happened at all, and now the background of the person involved."♦ 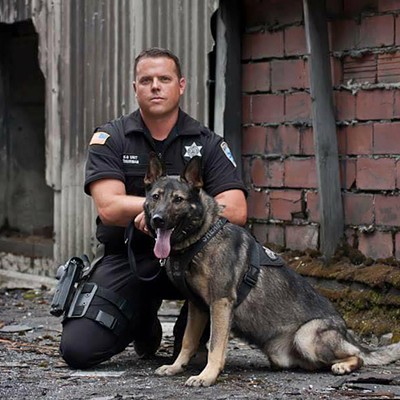 Longtime Spokane Sheriff Ozzie Knezovich calls himself a "true cowboy." As he rides into the sunset after 16 years in the position, he's bruised, haunted and still ready to fight — even if it's just one man against all.

By Daniel Walters and Nate Sanford