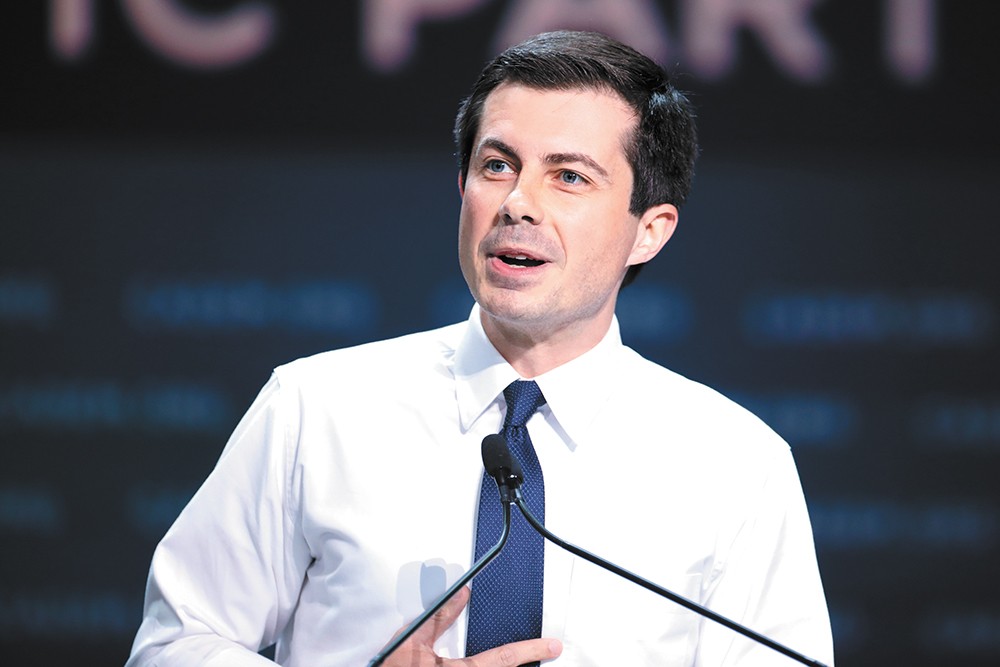 After an eternity of campaigning, the election cycle began in earnest with Monday's Iowa caucuses. In the final days before the first contest of the primary cycle, Democratic hopefuls made some wild statements about weed.

"Day one" commitments have been en vogue among candidates over the past year, so it's not particularly surprising Bernie Sanders announced Saturday that he would legalize marijuana through an executive order on his first day in office.

Two days earlier, Pete Buttigieg took a seemingly more traditional stance. The former mayor of South Bend, Indiana, referenced his track record of reaching across the aisle in an overwhelmingly Republican state. As president, Buttigieg would try to continue that approach for marijuana by working with members of Congress.

Should that fail, Buttigieg is ready to go over their heads. Literally.

At a campaign rally, Buttigieg said he would fire up Air Force One and fly directly to the home district of any member who stood in his way. That may sound extreme, but with popular support for legalization higher than ever, and increasingly bipartisan, marijuana is becoming an issue nearly as safe as supporting kids or loving America.

The most recent poll on marijuana from the Pew Research Center, released in November, showed two-thirds of Americans support legalization. Among left-leaning Americans, nearly eight out of 10 support it.

Of the 11 Democratic candidates still in the race, only Joe Biden and Mike Bloomberg haven't come out fully supportive of complete federal legalization. Biden wants to see marijuana decriminalized while Bloomberg prefers to leave the issue up to the states.

It's a rather dramatic shift for the former mayor of New York, who, according to reporting by Forbes and Marijuana Moment, said last year that legalizing marijuana "is perhaps the stupidest thing anybody has ever done." On Feb. 1 of this year, Bloomberg was not in Iowa but in Colorado, one of the first places in America with legal marijuana. In an interview on Denver's local news station KUSA, Bloomberg said, "What I really object to is putting people in jail for marijuana. That's really dumb."

Marijuana legalization first succeeded in Washington and Colorado in the 2012 election. In March of that year, Rolling Stone ran a story titled "Obama's War on Pot." We're now in the second election cycle since, and the most anti-marijuana position among Democratic candidates is to think that jailing people over it is dumb. ♦

The original print version of this article was headlined "Presidential Promises"