A Sandpoint couple wants to change the world, one solar panel at a time 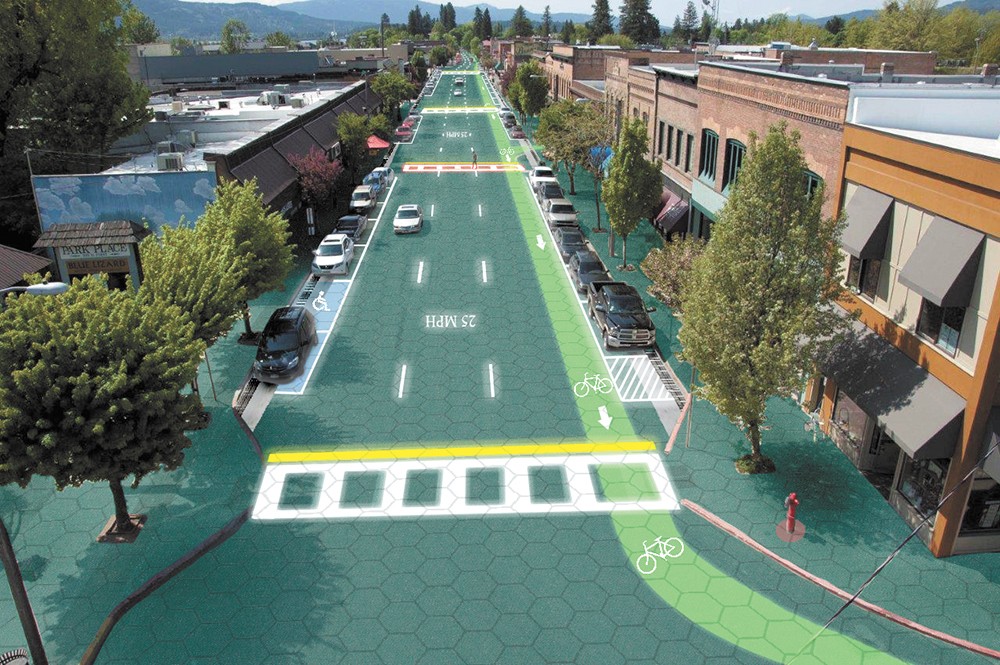 Across the street from a quaint little bakery

and espresso café, nestled in the foothills of the Selkirk Mountains, stands an inconspicuous building where a Sandpoint couple is trying to free the world of its dependence on fossil fuels.

You might have heard the story of Scott and Julie Brusaw. They're the founders of Solar Roadways, the company developing solar panels that they hope might one day replace asphalt on every driving, walking, riding and parking surface on planet Earth.

The couple is currently preparing to assemble the third prototype for the hexagonal solar panels, using the more than $2 million in contributions from their original Indiegogo campaign that ended last year. The idea was so successful, Indiegogo relaunched a subsequent InDemand campaign, and the donations keep rolling in. So far, there have been almost 50,000 funders in 165 countries.

By the end of 2015, Scott says the panels will replace the parking lot of a Conoco station down the street from their office, in addition to building the surface of an Amtrak station plaza and paving a few sidewalks in downtown Sandpoint. The Sandpoint Airport wants to replace 25 acres of its tarmac with the panels as well, he says, but he thinks they'll start small.

"We're hoping to get installations done this year," he says. "Then we'll watch those for one full year and see how they hold up."

If all goes according to plan, he expects the panels to be ready for market by 2016. Even then, he says, the panels will only appear in "non-critical applications" like sidewalks, bike paths and parking lots — as opposed to roads and highways — in case something goes wrong, they won't stop traffic.

"We still don't have enough information about how durable the product is over time or in cold weather," says Doug Hecox, a spokesman for the Federal Highway Administration, the agency that gave the Brusaws more than $900,000 in grant money to fund the first two phases of their research and designing. "We're going to be paying attention to the Sandpoint project, and there are still a variety of issues to work out.

Regarding issues such as cost — Is it cheaper than asphalt? How does the tempered glass hold up over time and in wet conditions? — Hecox couldn't speculate on a timeline for when we might see solar panels replacing asphalt on roads and highways, but he did say it's not in the "foreseeable future."

The green-and-purple solar panels from phase two of the Brusaws' research are hermetically sealed in tempered glass that, according to Scott Brusaw, have been tested to withstand 250,000 pounds of pressure, and are able to stop a truck traveling at 80 mph in the amount of time required by the Federal Highway Administration. However, Hecox says, the FHWA is still in the process of reviewing the results of those strength and traction tests.

Each phase-two panel has 128 LED lights; phase-three panels will have 52. The lights would be used instead of paint to mark lines on the road, and could even be used to display messages such as SLOW DOWN if sensors detect an person or animal on the roadway ahead. 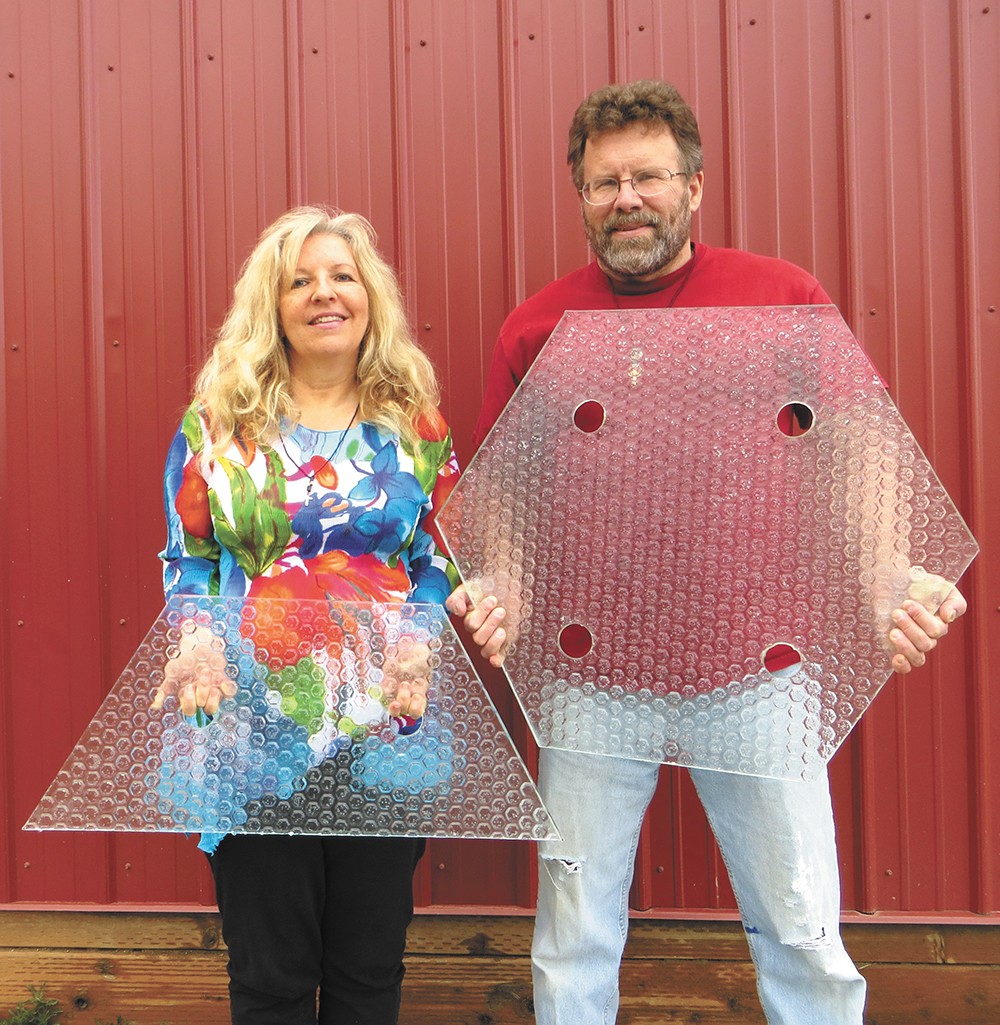 The panels also have a heating mechanism, which would keep snow off the roads, and, of course solar panels that generate electricity.

It's the phase two panels that make up the parking lot outside Scott's electronics lab, next to his secluded Idaho home. The solar cells produce DC energy, which is then converted to 240 volts of AC energy and stored on a virtual grid.

"Northern Lights [electric company] came out and put in a net meter, so during the day the meter spins backwards, and I'm selling power back to the power plant," he says. "Then of course at night when the sun's not shining, I draw it back off."

People from all over the world have parked in the Brusaws' driveway to see the parking lot and chat about solar power — so many, in fact, that they had to install a gate. The story of Solar Roadways has been told from coast to coast and worldwide from New Zealand and Africa to China, India and Australia.

Yet in almost every picture, Scott is wearing a T-shirt and khaki cargo pants (on a recent weekday in mid-April, he's donning an Oregon Zoo T-shirt and a pair of Sketchers).