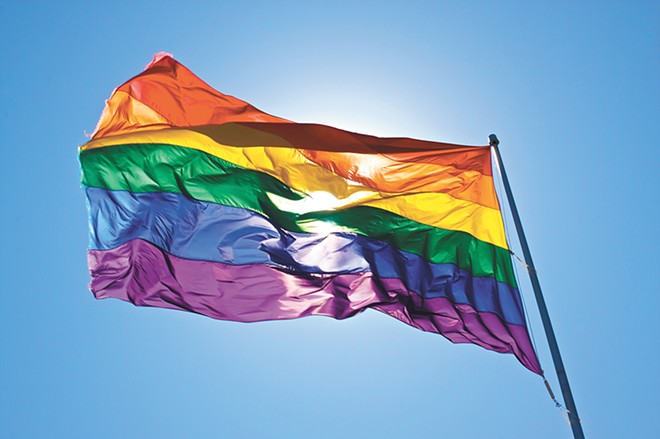 When they realized they might have to cancel this year’s Pride in the Park due to COVID, North Idaho Pride Alliance took the opportunity to rethink their approach to the event.

To celebrate Pride Month, they launched CDA4Pride, a campaign to “raise awareness, have visible local Pride representation, and create meaningful opportunities to engage with LGBTQ people, allies, and community partners,” according to outreach coordinator, Jessica Mahuron.

The campaign more specifically links the name of the town to the LGBTQ community, which is supported by two relatively young organizations (especially considering the nation’s first gay Pride parade and New York City’s Stonewall uprising occurred more than 50 years prior). The North Idaho Pride Alliance (NIPA) was formed in 2016 and PFLAG’s (Parents, Families, and Friends of Lesbians and Gays) Coeur d’Alene chapter formed in 2013. It disbanded in 2017.

Many of CDA4Pride’s events will continue to be virtual: a video series focusing on community partners, the “Big Gay Trivia Night,” and a virtual art walk at the Human Rights Education Institute. And former NIPA executive director and current local PFLAG Chair Juli Stratton will host a weekly podcast called Opening of the Heart that explores the experience of local LGBTQ community members.

Stratton will also be doing a live event for CDA4Pride at Independence Point on June 18 called TaijiFit, combining elements of qigong and tai chi.

Stratton is a prominent figure (and tireless advocate) in the LGBTQ community, who once served on the Board for the Coeur d’Alene Center for Gender and Sexual Diversity and has a background in counseling and community services. After a gunman killed 49 people and injured 53 in 2016 at Orlando's Pulse nightclub serving mostly gay men, Stratton organized a Coeur d’Alene-area vigil for the victims. More than 150 people attended.

And although the first Coeur d’Alene Pride in the Park had been held the year prior in 2015, the area lacked an organization specifically addressing lesbian, gay, bisexual, transgender and queer/questioning culture and issues. So Stratton founded NIPA, serving as its volunteer executive director until 2018.

In addition to Coeur d’Alene-specific events and programming, CDA4Pride will be boosting OutSpokane events, like the airing of PBS Prideland and remembrance of both Stonewall and the Pulse nightclub shooting. Visit facebook.com/nipridealliance for more information, as more events will be added throughout the month of June.

[Editor's note: This post has been updated to reflect the state of some of the organizations named.]