The aftermath of a wildfire that destroyed Malden

On Monday, Sept. 7, local firefighters were already battling two wildfires threatening homes in Colfax when, around noon, they got a call that another fire might be headed toward Malden, around 30 miles north of Colfax in Whitman County. By the time they arrived in Malden, the fire was already there. Hours later, Malden and nearby Pine City were destroyed. In total, 121 homes, eight commercial properties and 94 other structures were lost in one afternoon. The Inlander visited Malden in the days following the fire to see the damage and speak to the people affected.
1 of 28
Wilson Criscione photo
Malden mayor Chris Ferrell (left) meets with Washington Commissioner of Public Lands Hilary Franz two days after a fire ripped through town.

Hazardous smoke covered the Inland Northwest, fueled by fires across the West Coast

By Young Kwak and Erick Doxey

By Young Kwak and Hector Aizon 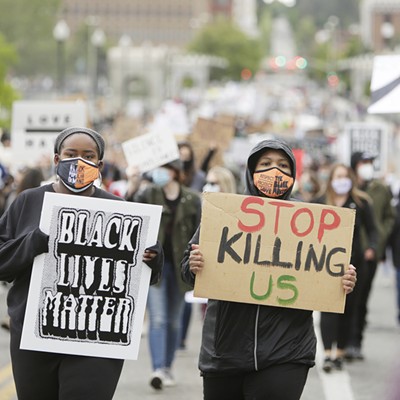 By Young Kwak and Alicia Hauff