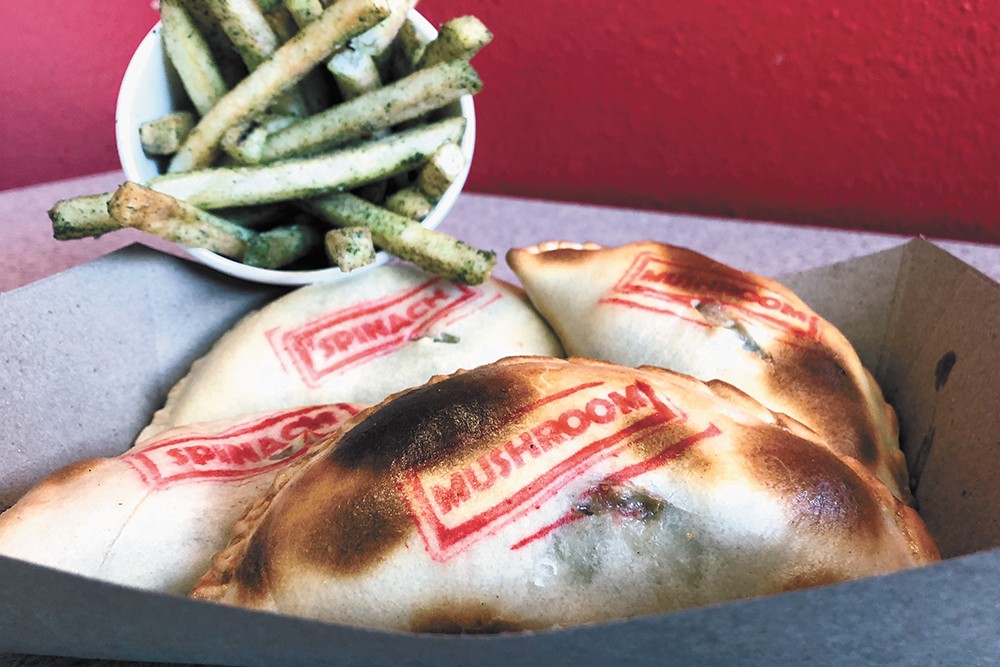 In their home country of Argentina, the Alvarez family didn't have to travel far for an empanada. At the closest street vendor, the grocery store, or restaurant, empanadas were always an easy and nearby find. Here in Spokane, the case is a little different.

Empanadas, literally meaning "wrapped in bread," are hearty and versatile palm-sized pies that can be served any time of the day, and filled with a number of traditional or unique fillings.

After the Alvarez family moved to Spokane nine years ago, immigrating from Mar del Plata, a coastal city in Buenos Aires, they soon realized empanadas were nowhere to be found. The closest Argentine empanada restaurant, Empanada Joint, is in Missoula, more than 200 miles away.

So the Alvarez family continued to do what they've done for as long as they can remember: Make empanadas a mano, or by hand.

Now, they're inviting Spokane to eat an empanada — or two —with them at their new family-run restaurant Tarascon Empanadas, which shares a storefront with Asian restaurant Mr. Wok on the Newport Highway in North Spokane.

Tarascon in Argentine slang means to take a big bite out of something because it's too good to eat slowly.

"Our goal is to be authentic," says Ari Alvarez, the family patriarch. "And that was probably the main thing when we were going to open a restaurant. There's not another Argentinian place in the area... so we don't know if people will like it or not."

Whether or not people in the Spokane area would like Argentine flavors was a question the family had to ask themselves: Are there no Argentine restaurants in Spokane for a reason? Is it because Spokane doesn't like empanadas?

Their first week of business, in late June showed otherwise. They sold over 1,000 empanadas.

The family's small empanada counter is planned to be a precursor to Alvarez's son's dream of opening up a large Argentine steakhouse.

"We decided to take it one step at a time," his son, also named Ari, says. "I want to serve empanadas in the steakhouse I want to open, but it's kind of like you need to know what you're doing to have that kind of big scale of a restaurant. So we thought that this might be a better option."

Father, mother and son all pull 16 hour shifts, seven days a week, to prepare and serve their empanadas all day long. Daughter Maria also comes in every Saturday to help.

Each morning Ana Alvarez prepares the flour-based dough for the day's batch. Then the younger Ari prepares all the fillings and chimichurri, a parsley-based Argentine sauce that's served on the side. Chimichurri fries ($2) are the only other food item sold at Tarascon. Next, Ana spoons filling onto dough circles before folding and sealing each empanada.

At home, Ana closes the empanadas by hand, making a repulgue, or a seal, to keep in all of the fillings. But at Tarascon, she has a press that closes three at once and also prints the restaurant name onto the seal.

At the restaurant, the Alvarez's use red food dye stamps to identify the different empanadas, but when making them at home, they get a little creative to tell the fillings apart. They sometimes make different patterns for the repulgues, using a fork or their fingers to make the seal, or a homemade labeling system.

When eating an empanada, the best way is to put down the knife and fork and grab it with a napkin, in case any juice leaks out.

"Here people don't know how to eat them," Ana says. "If you use a fork and a knife the fillings will go out and you will miss it. So many people say 'OK, we'll eat it the Argentinian way.' Then they say 'thank you for the lesson.'" ♦

Local Goods: Sport some Spokane-made goods in the great outdoors

Who to call when it breaks