REAL BOREDOM
HBO Max documentary Fake Famous had the opportunity to educate its viewers on social media influencers and poke fun at those influencers, too. Unfortunately, filmmaker and tech writer Nick Bilton decided to focus on the mockery, and while I can certainly enjoy a laugh or 10 at people obsessed with their Instagram-focused lives trying to turn their feeds into businesses, the gags get old pretty fast. After a surface-level introduction to a slew of wannabe-famous young Los Angelenos, Bilton picks three out of a casting call and decides he's going to make them internet-famous by buying them followers and staging a lot of glammy-looking photos. There's no in-depth reporting, no expert talking heads, no social scientists interviewed. I was bored before the halfway mark, and I'm guessing you will be, too. (DAN NAILEN) 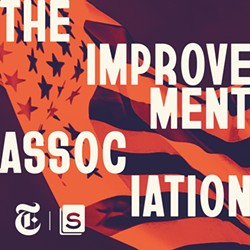 FRAUD AT POLLS?
You no doubt remember Serial, the addictively paced whodunit that introduced countless people to the very medium of podcasts. Its latest spinoff podcast is called The Improvement Society, and it's a rigorous investigation about a timely subject — election fraud, specifically in a single North Carolina county that has a long history with voting fraud claims. Reporter Zoe Chace digs into the complicated rivalry between the county's Republican status quo and the Democratic PAC dedicated to unifying Black voters, and tells a compelling story of political gamesmanship, rural hearsay, whataboutism and racial disparities. All five episodes are now available for download. (NATHAN WEINBENDER)

TWEETIN' TED
The next person I hear say a bad thing about AppleTV hit Ted Lasso will be the first, and while we all wait for a second season of the aw-shucks charm of the American football coach who finds himself coaching soccer in England, let me recommend following the @TedLasso Twitter account for little jolts of positivity just when you need them. From cornball dad jokes to inspiring bouts of "hopescrolling," it's a nice change from dark side of social media. (DAN NAILEN) 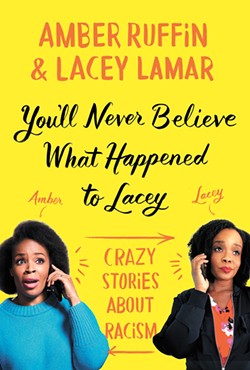 YOU WON'T BELIEVE
Amber Ruffin is hilarious. The host of The Amber Ruffin Show on Peacock and writer for Late Night with Seth Meyers is capable of making poignant points about race one second and making you LOL the next. In You'll Never Believe What Happened to Lacey, a new book co-written with her sister Lacey Lamar, the siblings explore an incredible array of racist incidents — from uninvited hands in afros to direct violent threats — they've both suffered in their hometown of Omaha, Nebraska, a predominantly White city known for being "nice." Sound like any place you know? There's plenty here to make you giggle, but pretty soon you realize how unfair it is to expect a smiling face through constant racism. The book is a breezy 215-page read, but it's anything but light. (DAN NAILEN)

THIS WEEK'S PLAYLIST
There's noteworthy new music arriving in stores and online May 21. To wit:

CHRISSIE HYNDE, Standing in the Doorway: Chrissie Hynde Sings Bob Dylan. I'm game for anything the Pretenders leader wants to do.

JOHN HIATT WITH THE JERRY DOUGLAS BAND, Leftover Feelings. Hiatt is a killer songwriter, and his new tunes get a bluegrassy treatment from Douglas and Co.

MICKY DOLENZ, Dolenz Sings Nesmith. One surviving Monkee covering the other survivor's songs. Oh, and they'll be in Spokane together Sept. 10. (DAN NAILEN)