IS IT DUSTY IN HERE?
Do yourself a quick favor and Google your way to Water Monster's new video, "Real Love." Not only is it an exquisite shimmery song from Monster man Max Harnishfeger, but the Sean Finley-directed video is gorgeous, touching, and stars local talk show host/soul man Ryan Tucker and his daughter Bea. (DAN NAILEN)

AMERICAN MASTER
Author Paul Rees makes a pretty convincing case in his new biography, Mellencamp, that the Midwestern songwriter John Mellencamp should be considered in the same league as Bob Dylan and Bruce Springsteen. That will be news to anyone who stopped listening when Mellencamp stopped having pop hits, but the sections of this book dealing with the second half of his life — as he pushed his writing into more traditional folk styles, and spent more time painting distinctly dark canvases than on tour — proves far more interesting than the typical rise-to-fame stuff covering the "Jack and Diane" era. A veteran music journalist, Rees talks to dozens of folks, from band members to his children, as well as Mellencamp himself, in coming up with a pretty interesting portrait of a guy who defines "ornery ol' cuss." (DAN NAILEN) 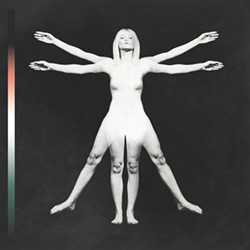 ANGELS & AIRWAVES, Lifeforms. Tom DeLonge was right about UFOs; maybe he was right to bail from blink-182 after all?

JESSE MALIN, Sad and Beautiful World. This guy's been criminally underrated for decades, since leading D Generation out of New York.