Spokane artist Daniel Lopez is paying tribute to the last male Northern white rhino in the world. Sudan passed away March 19 due to age-related complications. He was 45. Only two females of the subspecies remain. A week after Sudan's death, Lopez took to the Garland District's "Art Alley," between Monroe and Post, to create a haunting black-and-white mural of the deceased rhino with the white silhouette of a caretaker leaning over the beast's prone body. The mural can be seen in the alley behind Garland Printworks. "I did [Sudan] in black to point out that there is so much darkness in the fact that our human race doesn't care, and the caretaker is in white, because we're the hope that we need," Lopez says. "It's not a happy moment — it's not. I was just trying to be ultra poignant about that fact that it's sad, and it's a shame." (CHEY SCOTT)

Some noteworthy new music arrives online and in stores March 30. To wit:

THE VACCINES, Combat Sports. Judging by the first single "I Can't Quit," expect some gloriously big-guitar rock once again from these Brits.

KACEY MUSGRAVES, Golden Hour. Don't let her country roots turn you off one of the freshest voices in modern American music. (DAN NAILEN)

Any summer that includes Cheap Trick is a better summer in my book, so I was pretty stoked to see this summer's concert lineup from Northern Quest Resort & Casino. With fellow Rock and Roll Hall of Famers John Fogerty and Joan Jett, there's plenty to love for classic-rock fans. Not to mention country and pop. Here's how it looks:

July 10: Incubus with Minus the Bear

Sept. 18: Joan Jett and the Blackhearts and Cheap Trick 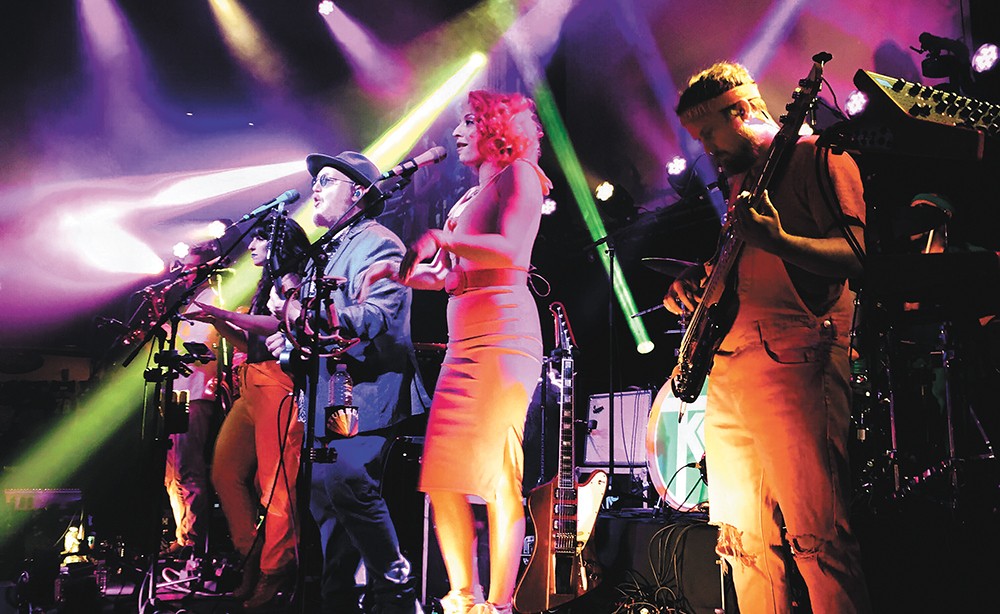 Sandpoint's bee-themed music venue, the Hive, played host to a pair of funky performances Saturday. The headliners, nine-piece funk group Turkuaz, blasted their way clear past midnight. But the opener? Seattle's 45th St Brass band, accompanied by soul diva Annie Jantzer, kicked the night off with their own booty-shakin' set full of horns and electrifying vocals. We're not gonna say they stole the show, but damn that woman's got pipes! The Hive, meanwhile, is one of the most impressive live music venues in the area and often attracts bands that skip Spokane. Big Something, Futurebirds and Leftover Salmon are next on the calendar. (MITCH RYALS)