The Meg makes a mediocre addition to the shark-movie canon 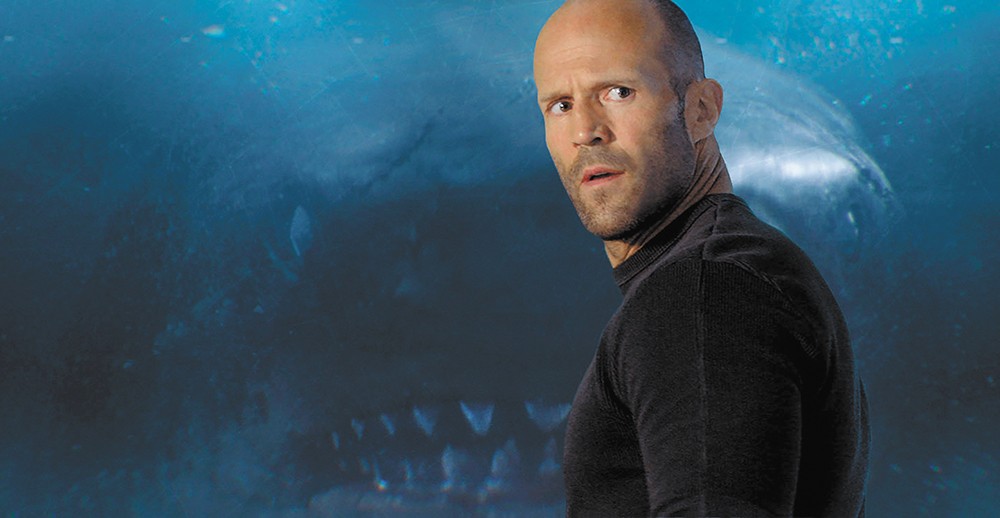 Into the shallows: Jason Statham's big fish story falls somewhere between Jaws and the Sharknado movies.

Shark movies are big business, especially in the world of straight-to-video cinema. Low-budget movies with titles like Sharkansas Women's Prison Massacre and Raiders of the Lost Shark have been showing up regularly on streaming services, on cable channels and in Redboxes in recent years, most of them using campy humor, copious gore and titillating nudity (or seminudity) to make up for what they lack in plot, character development and production values. Some (like the increasingly absurd Sharknado series) have broken into the mainstream, but most appeal primarily to an audience of B-movie aficionados.

At times, The Meg comes off like a big-budget version of one of those movies, with some winking humor, some gruesome deaths (although not so gruesome that they jeopardize the PG-13 rating) and a plot that gets more ridiculous as the movie goes on. But it's also a modern action blockbuster, so it has to mostly take itself seriously and include a bunch of effects-heavy set pieces that look imposing on a big screen.

It's not quite silly enough to provide the campy entertainment value of the most enjoyably terrible shark movies, but it also lacks the intensity of the rarer genuinely scary shark movie. Recent shark thrillers The Shallows and 47 Meters Down have proved surprisingly gripping by minimizing the goofiness and focusing on creeping dread and more realistic (if still exaggerated) peril.

The Meg never captures that level of sustained suspense, and it definitely isn't anywhere close to realistic, but for certain stretches it generates effective tension and thrills. Star Jason Statham has plenty of experience bringing both charm and determination to mediocre (or worse) action movies, and he delivers exactly what's expected of him here as Jonas Taylor, a rescue diver who's run off to Thailand to spend his days getting drunk after losing a couple of teammates on a mission gone wrong.

That mission went wrong because Jonas encountered a megalodon, a prehistoric 75-foot shark presumed to be extinct. No one believes Jonas' megalodon story until a team of scientists gets stranded deep in the Mariana Trench after their research submarine is attacked by a giant mysterious undersea predator. Could it be the megalodon? Obviously, yes, and conveniently one of the scientists happens to be Jonas' ex-wife (Jessica McNamee), so he sobers up and comes to the rescue.

The rest of the research crew includes Rainn Wilson as the greedy billionaire funding the operation, Cliff Curtis as Jonas' former diving buddy, and Li Bingbing as the mission's supervisor and Jonas' requisite love interest. Li, a massive star in China, struggles with her largest English-language role to date, and she and Statham have no chemistry as they plod through their rote flirting. Statham is his typically charismatic self, and even if Jonas isn't much different from many other Statham action-movie characters, he's still fun to watch as he devises various plans to take down "the meg" as it gets dangerously close to civilization.

After a slow start that keeps the shark offscreen in favor of a drawn-out submarine rescue, director Jon Turteltaub and the three screenwriters (working from Steve Alten's bestselling novel) generate some real excitement in the movie's second half, with creative approaches to the shark/human battles and mostly impressive special effects that give a sense of how massive the megalodon is meant to be. The pacing lags again in the home stretch, with too many fake-outs as the shark appears to be defeated only to come roaring back, but each time it does, there's another jolt of excitement.

Uneven and choppy, The Meg is certainly no Jaws, but at least it's no Sharkansas Women's Prison Massacre, either. ♦

The original print version of this article was headlined "Waterlogged"