Maximize daylight in your space with sheer curtains or mirrors.

Humans need light. Not only is it essential to one of the five senses upon which we most rely — vision — it's also integral to our mental and physical well-being.

"As a Southern California transplant, Pacific Northwest gray is hard to take," says Designology Luxury Interiors co-founder Deanna Goguen. In both her design practice and her home, Goguen looks for every opportunity to maximize available light sources.

"The more we can light your space during the day without electricity, the better," says Goguen, whose designs use numerous ways to extend the sun's reach, from transom windows that can direct natural light into an otherwise windowless room to thoughtful consideration of surfaces.

Those same techniques for giving sunbeams places to bounce around inside your home also work for artificial light, says Goguen, who cautions that not all lightbulbs are created equally.

There is a downside to compact fluorescent lamps or CFL bulbs that power companies promoted, Goguen says. Yes, they are energy efficient, but the color temperature of the bulb is actually quite cool for our climate, she says, whereas newer LEDs tend to be warmer.

Goguen uses higher-end LED bulbs with a temperature similar to an incandescent bulb. The downside is the cost. Higher end bulbs cost $50-$120 for a recessed can light compared to builder-grade bulbs at $10-$20 each. Goguen tries to balance cost and function, recommending the higher end cans for primary spaces, such as the kitchen or other task-intensive areas.

Like any expenditure involving the home, good lighting is an investment, one that Goguen says can impact more than your ability to see well.

"We use light that makes you happier," Goguen says. 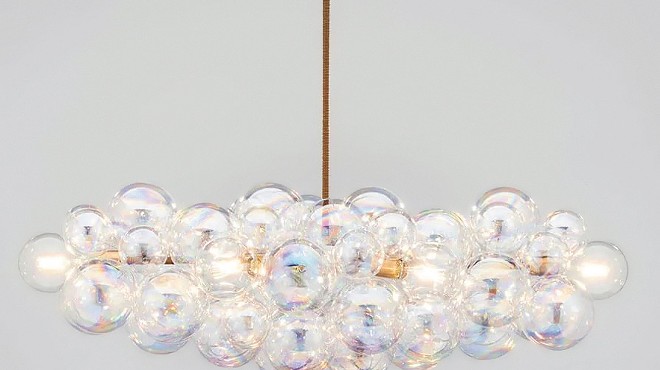 A graduate of Washington State University, Goguen co-taught several studio experiences with Judy Theodorson, head of the interior design program at WSU's School of Design + Construction, whose research substantiates the link between light and good health.

"People are phototropic — drawn to light — so electric light sources can be used to stimulate behaviors, create atmosphere and reinforce spatial settings such as zones, hierarchy, etcetera," says Theodorson.

Theodorson notes her own affinity for light. "I've had this longtime sense of light as a fluid substance," says Theodorson, who suggests that humans are hardwired to respond to light's inherent variability. "People are really drawn to the patterns and those patterns end up conveying information you might need," such as time of day or change in the weather.

Daylight — and the windows with which we experience it — also creates a biophilia connection, Theodorson says, explaining that "we are of nature, therefore, we need to be in contact with nature."

"I like to think of daylight as breathing life into space," she adds.

The original print version of this article was headlined "Lighten Up"

Creating a space shouldn't just focus on how it looks