Summer Fashion: Timbre Wolf has a mind for numbers and an eye for clean lines 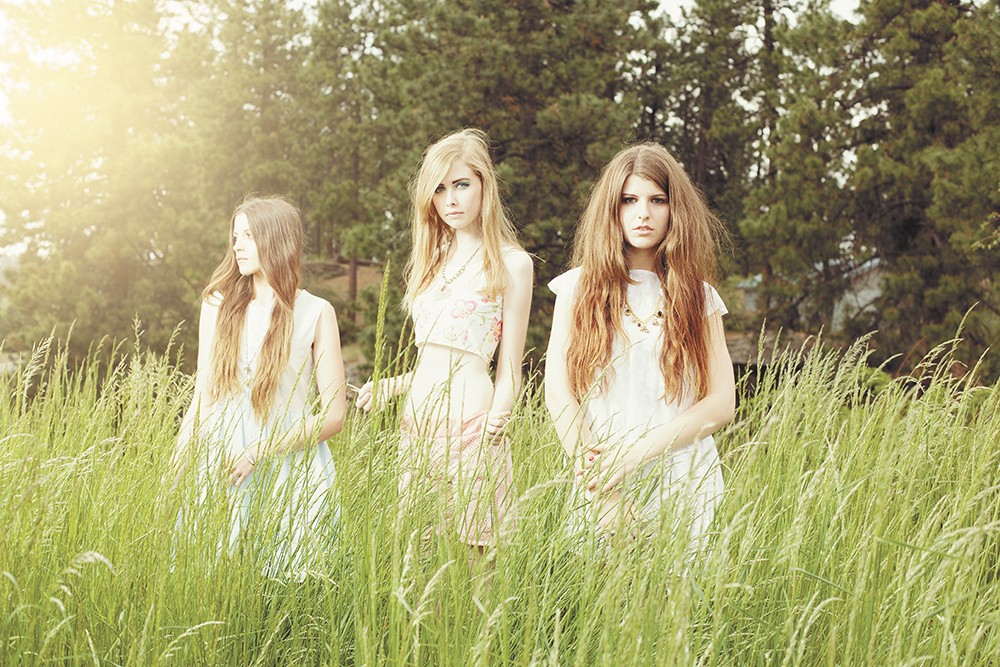 When you're in Timbre Wolf's home basement office space, chances are you're going to touch something she's made.

"That chair you're sitting in, I reupholstered that," Wolf points to a burgundy armchair in her parents' Spokane house.

She's constantly working with her hands antiquing furniture, crafting jewelry, sewing clothes and school bags and crocheting multihued knit hats. She's always working out math problems, too; an intricate equation is scrawled out on a whiteboard on the wall behind her as she shows her designs. A junior physics major at Eastern Washington University, her knack for precision with numbers translates well into creating masterful clothes. Her zippers, pleats, darts, waistlines and hems are immaculate — all without ever using a sewing pattern.

Before Wolf was tall enough to reach a lab room table, she wanted to be a scientist, but when a middle school friend saw her doodling clothing designs in a notebook, she was encouraged to actually make them.

Already equipped with sewing and crocheting skills her grandma taught her, she began just making clothes for herself. As others became interested in her products, she realized she could turn it into a business, starting Timbre Wolf Designs a few years ago.

Especially inspired by Japanese culture and British fashion magazines, Wolf says she wants her clothes to be cutesy and loose.

"I don't want to make clothes that can only be worn on a special occasion," she says. "I want my customers to wear these things on a daily basis, for them to be functional."

Scanning through her roster of ready-to-wear items, there are many cotton, gauzy, flowing fabrics, most of which come from Jo-Ann Fabrics or consignment finds. Along with those are skirts made with moon and space prints. Wolf, who has a DNA strand tattoo on one arm and planets inked on the other, says she wants to bridge the gap between geek and chic with her clothing and accessories, which she's proved showing her funky designs at various fashion shows in town.

As of late, Wolf hasn't had as much time to make clothes as she'd like (although she did sell out her inventory of crocheted hats during the winter months). When summer break hits, she plans to get back into making a couple of items a week.

"The fashion business is a lot harder to break into than science," Wolf says. "But if I can do both, that would be ideal." ♦