The X-Men series (reportedly) concludes with the underwhelming Dark Phoenix 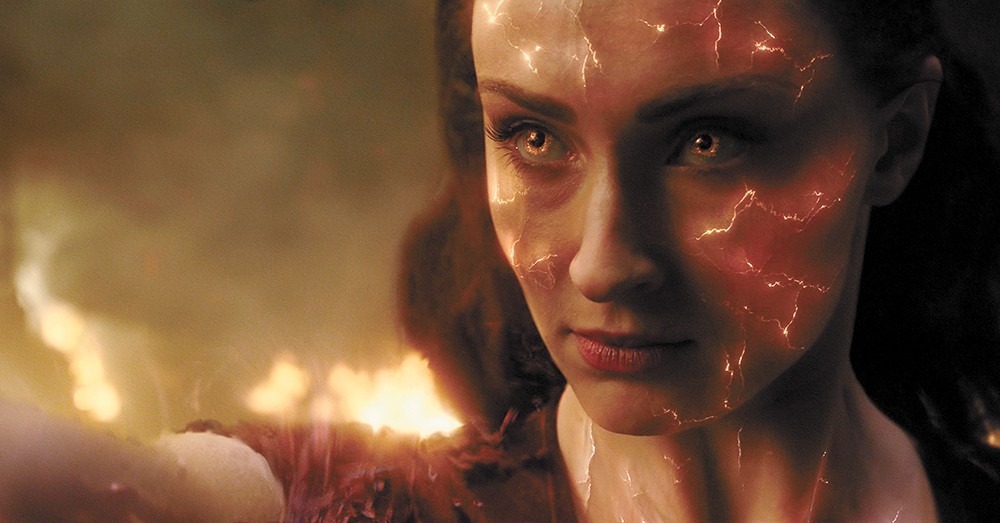 The uneven X-Men film franchise comes to a bumpy close with the merely passable Dark Phoenix.

It's a shame that modern blockbuster movie franchises can never really end.

2014's X-Men: Days of Future Past would have been a perfect send-off for the series based on the Marvel superhero comic books, bringing together the casts of two different X-Men movie eras for a time-spanning saga that tied together series continuity and provided a satisfying, hopeful resolution. But Days of Future Past was followed just two years later by the dreary, misguided X-Men: Apocalypse, and now comes Dark Phoenix, which is the de facto end of the X-Men series, thanks only to the intricacies of corporate mergers.

That's more than the relatively modest Dark Phoenix can take on, and writer-director Simon Kinberg, making his directorial debut after working as a writer and producer on the series since 2006's X-Men: The Last Stand, falters when it comes to the grand gestures. But he captures a lot of the nuances of character interaction, delving into some of the thorny moral issues raised by the best X-Men stories. The biggest problem with Dark Phoenix is its reliance on a character just introduced in Apocalypse, Sophie Turner's Jean Grey, who hasn't had enough screen time for her transformation in this film to deliver the kind of impact and meaning it deserves.

The Dark Phoenix Saga, by writer Chris Claremont and artist John Byrne, is one of the most famous stories in the history of X-Men comics, but part of what makes it work is that it's the fall of a beloved character with more than a decade of history in comics stories. This version of Jean has barely established herself before she's taken over by the intergalactic entity known as the Phoenix, which augments her telepathic and telekinetic powers and also taps into her anger and resentment.

The movie opens with a flashback to an 8-year-old Jean's discovery of her powers in a car-crash scene that serves as a clumsy introduction to the guilt and rage that will consume her later in the movie. The first big ensemble set piece is much better, as the superpowered mutant X-Men rescue a team of astronauts stranded in space. Kinberg has pared down the often unwieldy team to a core of characters with clearly defined powers, and he showcases all of their strengths during the exciting action sequence, which culminates in Jean's encounter with the Phoenix.

From there, though, the movie slows down for a good hour and never quite recovers, as the characters mostly argue among themselves about what is happening to Jean, passing around blame for her erratic, dangerous behavior. Still, the arguments among telepathic X-Men founder Charles Xavier (James McAvoy) and his longtime lieutenants Hank McCoy (Nicholas Hoult) and Raven Darkholme (Jennifer Lawrence) draw on the big ideas of the X-Men series, including whether mutants will ever truly be able to coexist with humans.

Those arguments kind of fall away in the face of the threat from the Phoenix and from the leader (Jessica Chastain) of a malevolent shape-shifting alien race. Chastain's villain is much creepier and more menacing than the title character of Apocalypse, but her mission is a little muddled, and the final confrontation between her and Jean is a meaningless swirl of CGI.

Turner, who slowly built a fully realized character over eight seasons as Sansa Stark on Game of Thrones, seems a little overwhelmed as Jean, and her version of the character is never as compelling as Famke Janssen's in the early X-Men movies. Kinberg himself was partly responsible for the bungled version of the Dark Phoenix Saga adapted with Janssen in The Last Stand, and his attempt at redemption only highlights how far he still falls short. ♦

Dark Phoenix is not showing in any theaters in the area.