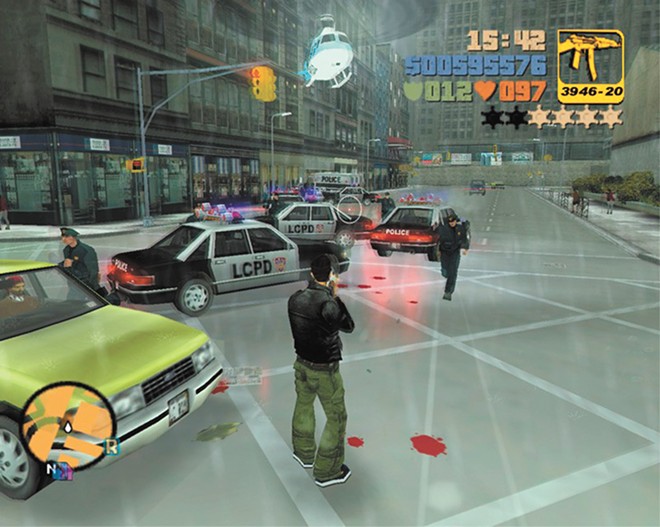 Eminem gave us the gem now commonly known as "MOM'S SPAGHETTI" (aka "Lose Yourself") in 2002. And does anything top that? Well, there was the whole Afghanistan thing... the longest conflict in American history (not to mention, U.S. troops are still there). Tobey Maguire made his debut as Peter Parker in the SPIDER-MAN trilogy. Plus, STAR WARS and LORD OF THE RINGS pumped out sequels.

Valley voters had a tough decision to make in 2002. Do they incorporate? Our May 9 story that year, "VALLEY INC.," weighed the pros and cons of incorporation. "It's another layer of government, but it's a different layer," state Sen. Bob McCaslin said at the time. "That government that's closest to you is the best and it's the one you're most involved with." After voters said "yes," the first Spokane Valley City Council candidates also made their appearance in the Inlander that year. 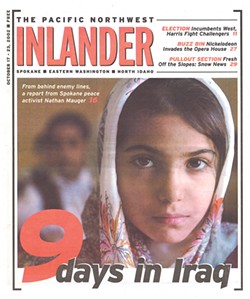 Who could forget Grand Theft Auto III? The video game that baffled, infuriated and excited America to an extent never before seen. Did parents know that their kids were playing a game that seemed to encouraged mass murder, violence against women and car theft? The Inlander was determined to find out in our Feb. 28 cover piece "VICARIOUS KILLS." "The prostitute seemed only too grateful to get into my car." (That's a description of the game, of course. Who says our ledes were sensational in 2002?) We reported that the gaming industry reached $9 BILLION in sales in 2001. That number has only increased, and the Grand Theft Auto series has continued to pump out new material. It only got worse.

DID YOU KEEP THE RECEIPTS?

The Inlander's seventh-annual GIFT GUIDE came out on Dec. 12 (back then, we weren't exactly rushing to Amazon after Thanksgiving dinner for our Christmas shopping). On our list: a Polly Pocket Sparkle House, MP3 player, lottery tickets (seriously), charm bracelet, cordless phone and a fondue set. Who were we buying for?

As military operations continued in Afghanistan, our cover story on Oct. 17 provided first-person accounts of life in Iraq from NATHAN MAUGER, a peace activist from Spokane, months before the U.S. invasion. "There was a sense that maybe there was some way around this," Mauger reported after talking to Iraqis. On June 13, we also met the TERROR BUSTERS, a group of scientists with local company GenPrime who created a product that could determine if a suspicious white powder was anthrax or not.

The original print version of this article was headlined "THE YEAR THAT WAS... 2002"