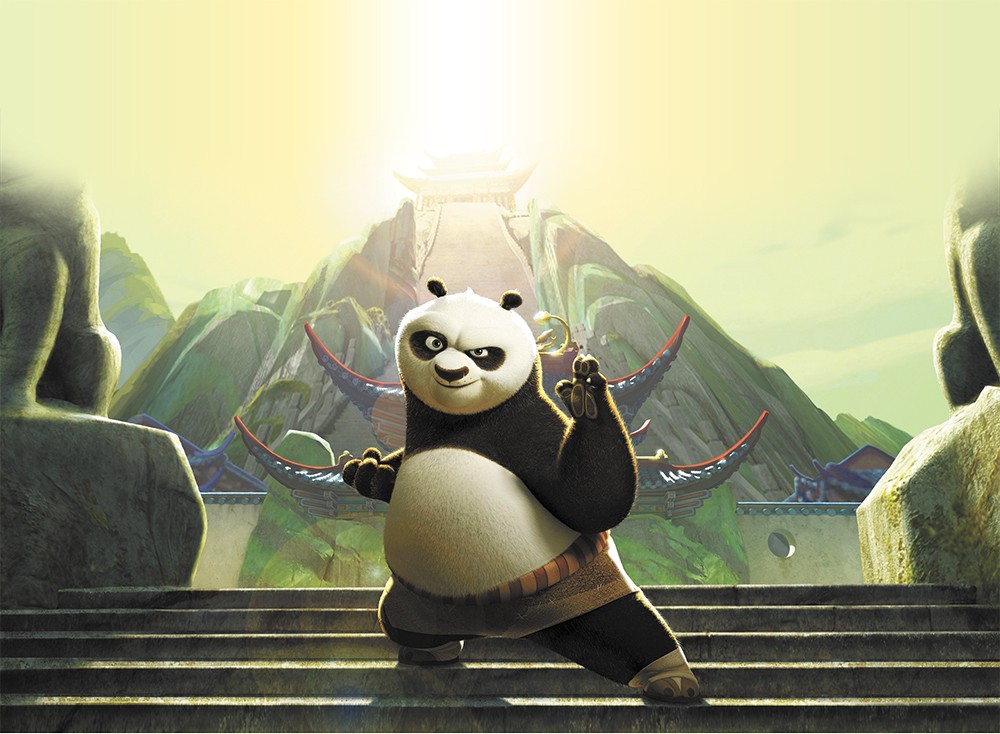 A visually stunning addition to the Panda's tale.

The panda is no longer the grasshopper.

Now idolized as a kung fu master, if still a little unsure about his place in the world, the titular Po (voiced by Jack Black) is tasked in this third outing of the international blockbuster series with becoming teacher to his fighting unit, the Furious Five. And not a moment too soon, what with an evil, horned spirit named Kai (J.K. Simmons) threatening to steal the chi of every kung fu master in China.

The story takes inspiration from its setting without resorting to crude cultural caricature, although the script itself is only serviceable, ticking off preapproved-for-kids themes of community, sacrifice and the importance of inner strength.

Running in tandem with the action plot, there's a nice, my-two-dads domestic thread, where Po has to broker a peace between his helicoptering adoptive father, the goose Mr. Ping (James Hong), and his newly found birth father (Bryan Cranston). The humor — gentle, snark-free — is entirely age-appropriate, with roly-poly panda sight gags the order of the day. And that's how it should be: Sight is Kung Fu Panda 3's strongest sense. This is a visually stunning picture, a rhapsody of saturated color and contrasting texture, from the painstaking detail of coarse panda fur to the painterly dreamscape that is the spirit world. (See it in 3-D if you can.)

The sound design is no slouch, either: The metal clang of Kai's rattling chains and the mineral clack of the jade trophies he wears on his belt provide aural interest where the dutiful script does not. ♦

Kung Fu Panda 3 is not showing in any theaters in the area.