This is Only a Test

Idaho and Washington students will spend hours taking a new, tougher standardized test this spring — but won't find out their scores 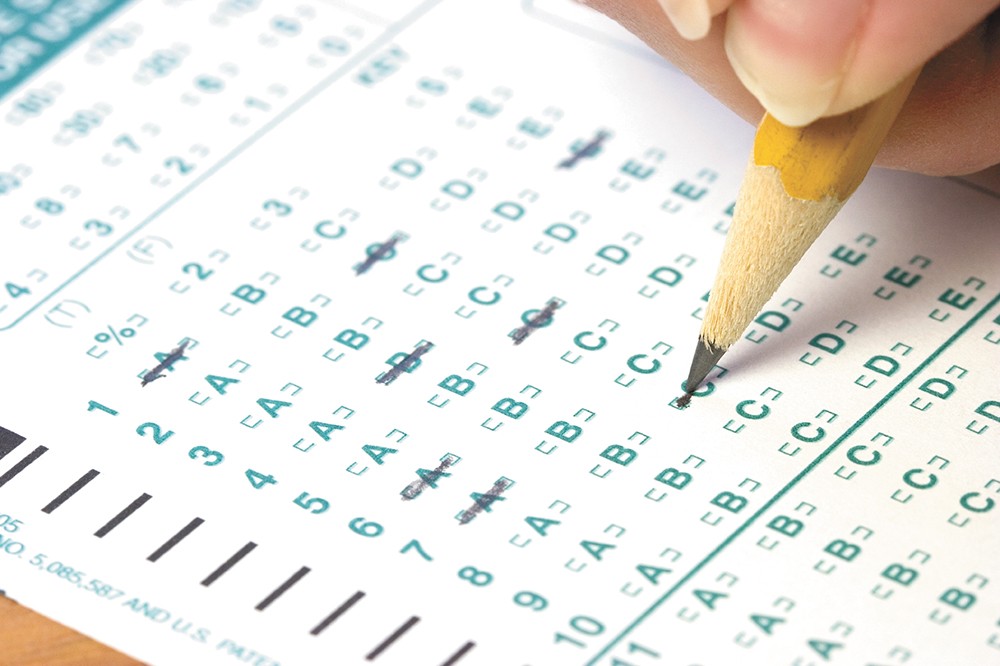 Back in 2009, Washington Superintendent of Public Instruction candidate Randy Dorn campaigned on the promise to get rid of the Washington Assessment of Student Learning, the standardized test that had become a dirty word for many educators. When he was elected, he kept his promise.

Washington labored to create two new state tests — the Measurement of Student Progress and the High School Proficiency Exam — that were shorter and less writing-intensive.

But where the WASL lasted for a dozen years, its replacements have barely lasted three. Already, a new standardized testing regimen has been introduced.

It's the most visible impact so far from the Common Core, the controversial, state-led, federally supported movement to use the same academic standards across the country. As districts rush to rewrite their curricula to match the new standard, a consortium of 26 states and territories, including Washington, Oregon and Idaho, have developed completely new standardized tests, the Smarter Balanced Assessments.

"You're going to be expected to perform at higher levels," says Travis Schulhauser, director of assessment and program effectiveness for Spokane Public Schools.

While the WASL and HSPE were designed to measure whether students deserved a high school diploma, the new exams will test whether they're ready for college. Washington is transitioning gradually. High school students still will take the HSPE as a requirement for graduation this year, but Spokane Public School students at 28 elementary schools, four middle schools and Rogers High School will try out the new test.

"We are going to venture into the dark, scary waters," says Rogers Principal Lori Wyborney. "We wanted a trial run."

After all, it's the first time Rogers students will take their standardized tests online instead of on paper. "When you put 600 kids on a wireless device at one time, it bogs it down," Wyborney says. "We were concerned about that."

By the fall of 2015, most of Washington's English arts and math standardized tests will be completely replaced by either the Smarter Balanced test or Common Core-based exit exams.

Idaho is ramping up even more rapidly: The state is pushing every student in grades 3 through 11 at every public Idaho school to take the Smarter Balanced test this spring — though schools can choose to opt out of testing 9th and 10th graders. The new and old tests make for a vivid contrast.

"We are finally moving away from a stagnant, multiple-choice-only test to a test that is able to better measure our students and what they truly know and are able to do," said Tom Luna, Superintendent of the Idaho Department of Education, at a Joint House and Senate Education Committee hearing last Wednesday. "We were trying to test a student's writing skills by asking them to pick a, b, c or d. ... Now we have a better measure. We will measure a student's writing skills by having them write."

A decade ago when the Idaho Standards Achievement Test was developed, a multiple-choice test was all that Idaho could afford to create. But now, with costs being shared between more than two dozen states, Melissa McGrath, an Idaho Department of Education spokeswoman, says they can afford something better.

The new tests will be longer. Where the ISAT lasted an average of 90 minutes, these could last up to seven or eight hours per student. The multiple-choice questions may have multiple correct answers, requiring students to select all answers that apply. They'll be assigned "performance tasks," where they might read an essay and then write about it, or watch a video in order to solve a math problem.

In deeply conservative Idaho, however, the Smarter Balanced test has been sucked into the whirlpool of the debate over the Common Core, where a vocal contingent is fretting that the standards mean erosion of local control. It's not just citizens at town hall meetings, either: Last week, Idaho Sen. Steven Thayn, a former Spanish teacher, sent out a press release calling for an alternative to the Smarter Balanced test, condemning the Smarter Balanced assessment as "extreme testing" and spreading fears that Idaho "is not able to guarantee that pornographic passages or agenda-driven questions will not be on" the test.

The Department of Education responded, disputing the accuracy of Thayn's letter and noting that, unlike the SAT or ACT, Idaho has the chance to review all test questions.

For both Idaho and Washington, this spring is just the dress rehearsal: It's a way to test the test, to spot problematic questions and calibrate the scores. For this first year, it won't count. Students, teachers, schools and districts won't know how to get any information on how they performed.

"I think that's odd," Wyborney says. "I get it; they don't want to spend the money [to score it]. But it still allows us to see it, to watch our kids interact with it. That was our thinking."

McGrath says the vast majority of Idaho educators believe it would have been pointless to give old tests that didn't match new standards.

Both states expect to see lower scores in 2015, the first year the test is scored. McGrath says Idaho expects to see the number of students passing its standardized test to plummet from around 80 percent to as low as 40 percent.

That's the price, she says, of raising the bar for education: At first, fewer people can clear it. ♦